For any hockey fan lucky enough to attend Saturday’s Game 2 of the Stanley Cup Finals in Vancouver, the action on the ice won’t be the only form of entertainment within the arena. Upper Deck will be giving away free promo card packs featuring top players on the Canucks roster to all attendees! 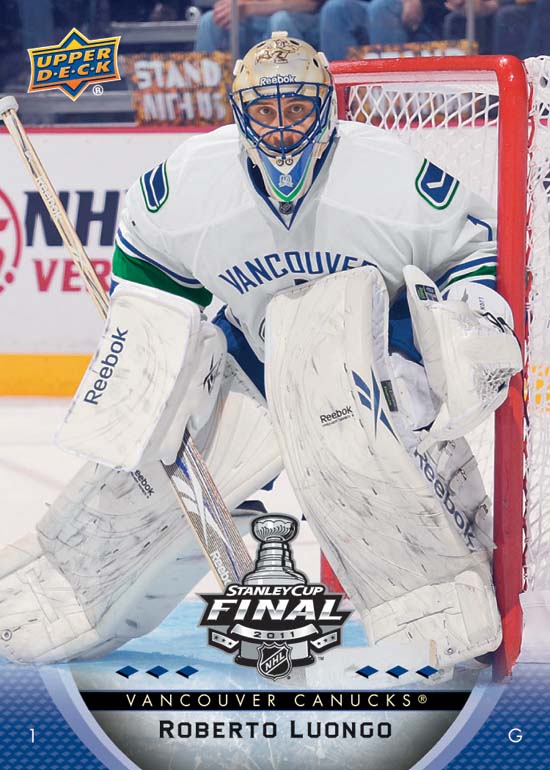 THE PUCK STOPS HERE: Roberto Luongo is one of five Canucks players featured in the free promo packs.

There will also be randomly inserted “Instant Winner” cards in various packs which will allow those lucky fans to stop by the Upper Deck Booth (located at Section 329) during the game to secure their prize. Upper Deck will be taking pre-orders during the game for its Stanley Cup Box Set, which will start shipping approximately five weeks after the Stanley Cup finals conclude. The company will also have its P-Card Station set up to produce personalized Stanley Cup trading cards of anyone who stops by the booth. Get your picture taken by the pros and see yourself wind up on your very own Upper Deck hockey card! And for anybody not attending Game 2 in Vancouver, you can still place your pre-order for Upper Deck’s Stanley Cup Champions Box Set by visiting Upper Deck’s online store. 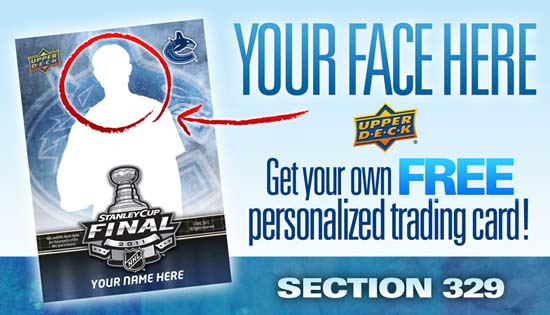 SECTION 329: Upper Deck will be creating personalized trading cards for any fans who stop by the booth.