Basking in the Bruins Beantown Experience

I got the chance this week to pre-sell Upper Deck’s fast-approaching 2011 Stanley Cup Champions Box Set. And I couldn’t have gotten any closer to the action unless I was playing for either the hometown Bruins or the visiting Canucks! That’s right, I was at Game 4 on Wednesday in Boston, hanging out on Concourse 4 (Loge 9/10) inside the world-famous TD Garden with my Upper Deck co-worker Kelly Woodruff. 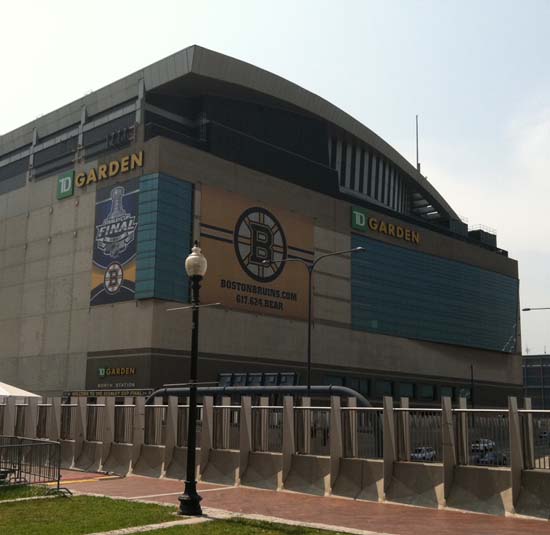 As a Bruins fan, I was just stoked to be there. There was an undeniable level of excitement in the air as the Bruins took to the ice just two days after mauling the Canucks 8-1. But as an Upper Deck employee, I needed to throttle back (sort of) on my own excitement as my Killer B’s continued their onslaught from Monday with one goal in the first period, two in the second, and one more in the third. As Kelly and I guarded our sales table and continued to hawk our 30-card Boston Bruins Stanley Cup Box Set, I couldn’t help but glance up at the 30-inch flat screen stationed above the “Frank House” concession stand every time the crowd roared, which pretty much meant another goal for the Bruins. Boston did win, 4-0, to knot the series at two games apiece. 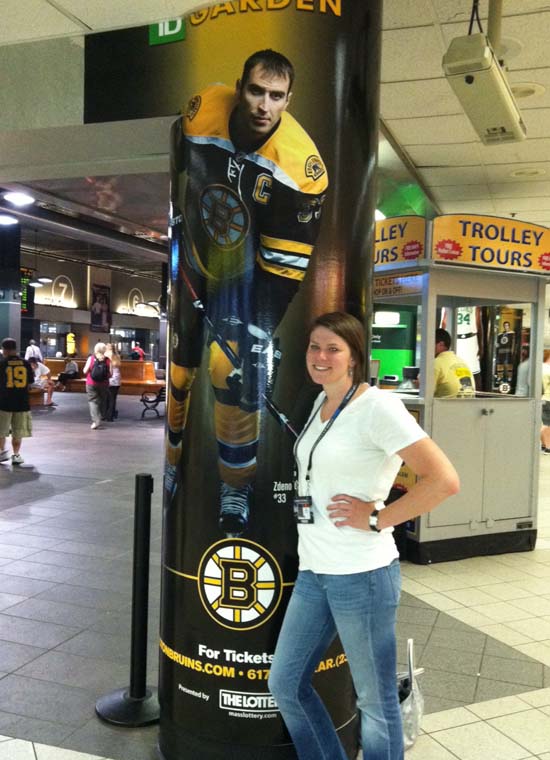 The atmosphere was “electric,” as Kelly liked to say, and the local fans were basking in the glow of Beantown goaltender Tim Thomas and his incredible 38 saves that night against the NHL’s highest-scoring team this year. On the other side of the ice, Canucks netminder Roberto Luongo looked shell-shocked after the contest with just 16 saves through most of the game before getting yanked with three minutes to go. 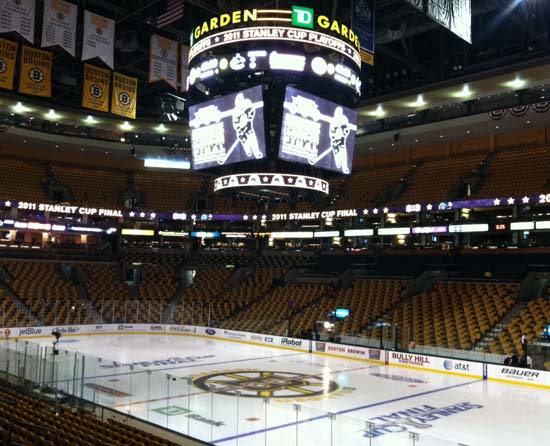 MAGICAL ICE: This was the calm before the storm on Wednesday night.

During my 36-hour stint in Boston, I was able to take several photos, as well as pose for some, with Kelly and I taking turns with the shutter. Take a gander at some of the fun below and remember to place your order for the winner of this year’s Stanley Cup. And because Upper Deck covers all the bases, two other members of our staff covered Game 2 in Vancouver (when the Canucks won in OT) and pre-sold orders for the Vancouver Canucks Stanley Cup Champions Box Set as well. But here’s the catch: Only one box set will eventually be produced (of the winning team), so keep your fingers crossed that it’s your team that winds up winning! And for the record, if you place a pre-sell order and your team doesn’t win, you don’t lose a thing. Your credit card simply won’t get charged. No harm, no foul. 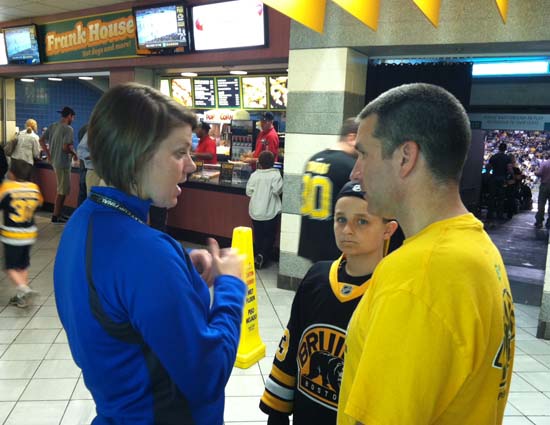 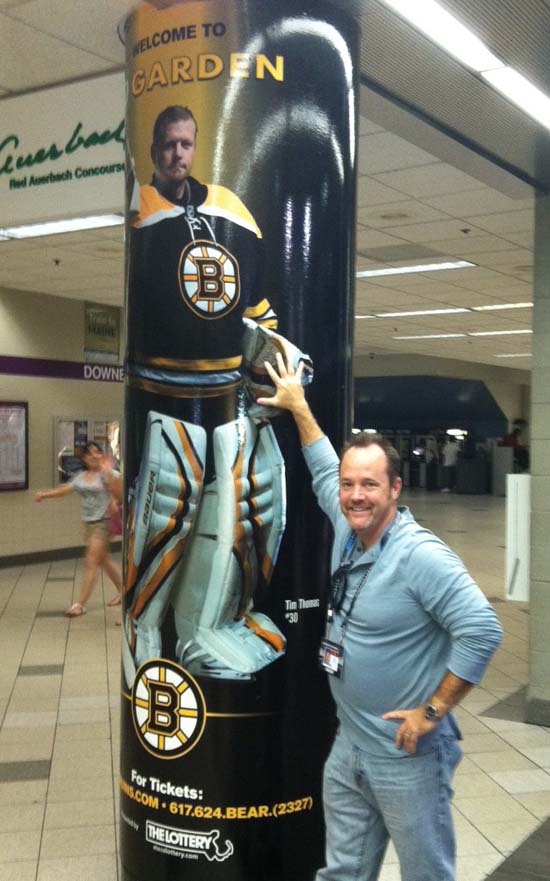 THE PUCK STOPS HERE: Here I am leaning against the Bruins best backstop in town. 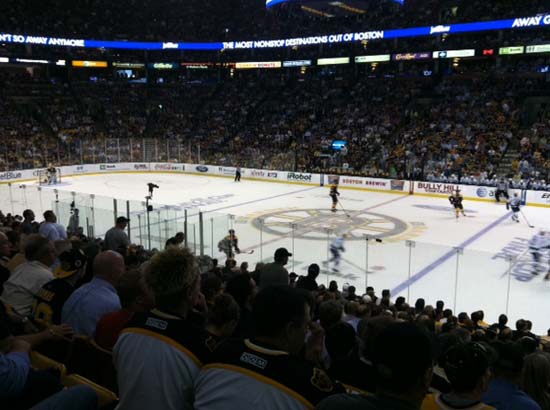 LOPSIDED: The majority of the game was played in Vancouver's end. Note Tim Thomas at the far left. 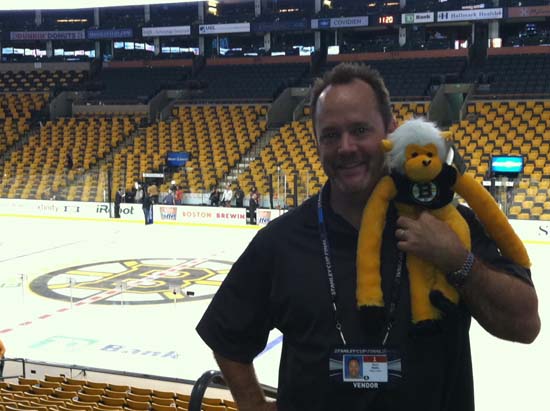 DONE DEAL: Here I am post game posing the Bruins rally monkey. He had the night off.