The Stanley Cup finals are upon us with Game 1 on tap for tonight in Vancouver. It has been an interesting season so far which will culminate in a team winning the Cup that has been without one for many a year. The Boston Bruins come in with their last Stanley Cup-winning squad having played way back in 1972. That team was powerful and skillful with the likes of Bobby Orr, Phil Esposito, Johnny Bucyk, Fred Stanfield, Ken Hodge and Derek Sanderson adding to the offense, along with Gerry Cheevers and Ed Johnston patrolling the nets. The team was built for success and achieved it. This year also marks the first time since 1990 that they have made it to the finals. 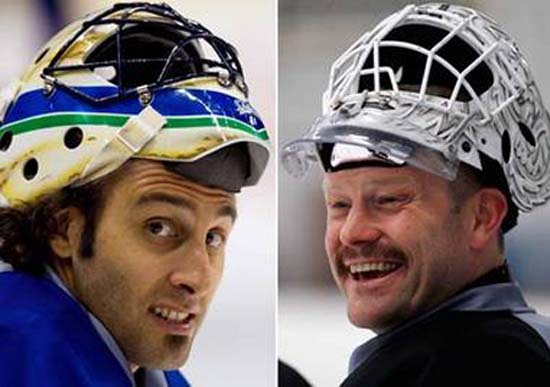 PRIZED NETMINDERS: Luongo and Thomas will be the ones who dictate where the puck stops.

This year’s edition of the Boston Bruins has been building towards this all season. It starts in net with Tim Thomas. The front-runner to walk away with the Vezina Trophy this year has been off and on during the playoffs but has put up when it matters most and is going to play a huge role in the Finals as he tries to backstop the Bruins against the league’s top team.

The Bruins added strength at the deadline to make their run. Chris Kelly acquired from the Ottawa Senators has added an element of depth that the Bruins simply didn’t have before. The addition of Tomas Kaberle from the Maple Leafs has added to the back end. This deal in particular hasn’t always appeared to work at face value, but with the Bruins in the finals, it’s tough to argue against it right now. The addition of Rich Peverly (along with Boris Valabik) from Atlanta has also added punch.

Holdovers Zdeno Chara, Patrice Bergeron, Mark Recchi and Milan Lucic have been the driving forces all season long, and newly minted Nathan Horton during the off season has been a force for the B’s in the playoffs. They will all be tasked to matchup well against the depth of the Vancouver Canucks.

Rookie Tyler Seguin opened a lot of eyes during the Conference Finals scoring some key (and beautiful) goals. A four-point game in just his second appearance solidified a place for the up-and-comer. A spike was immediately seen on the secondary market for his key cards.

The Canucks have been building towards this moment for what seems like years now. Their General Manager, Mike Gillis, isn’t afraid of mixing things up and just because traditional methods may work, he isn’t afraid to try and tweak them to make them better. The Canucks have used a total of nine different defensemen this off-season with all nine making contributions. This is not unlike the regular season when it seemed as though the Canucks had a revolving door at the position with guys going in and out of the lineup quite frequently. Up front, the attack is led by the Sedins. No longer labeled the “Sisters,” with both of them leading the league in scoring over the past two years, they must be accounted for. Looks like Zdeno Chara will be tasked with stopping the brothers mighty.

Secondary scoring has not lacked in the form of Alex Burrows and heart and soul Ryan Kesler. The best matchup of the series could be that of Kesler and Bergeron. Both are great two way players, great on face-offs, who will be tasked with not only stopping one another, but adding offense as well. Deadline acquisition Chris Higgins has shown the ability to be a top six forward on the Canucks and at times has been their best player. 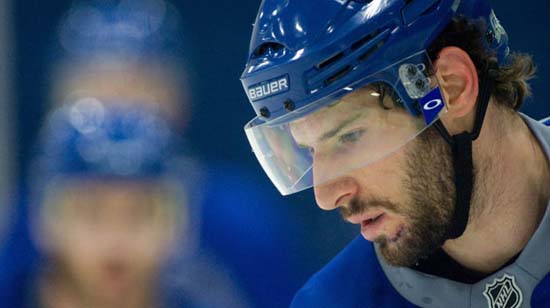 HEART AND SOUL: There's little doubt that Kesler will be the driving force for Vancouver in this series.

The Canucks are a fairly veteran team overall with Cody Hodgson being the one guy who could excite fans of the hobby. He will be a holdover rookie who will debut in early releases of 2011-12 products and will be a driving force early on. He may not see much ice during the Finals, but if someone goes down with an injury, he will be one of the first to be called upon. The former Canadian Junior Player of the Year will be primed for the opportunity should it arise.

Vancouver is battling in its third Stanley Cup Finals having come up short in its two previous tries (1982 and ’94). Roberto Luongo will be the man in the nets for Vancouver and if he shows well or leads the team to the championship, expect him to finally enter the lore of “King Richard” Brodeur and “Captain Kirk” McLean, the previous two goalies who led the Canucks to the championship round.

It should be a great final, and I am looking forward to either one of these teams hoisting the Cup. This year one more thing is certain: we will have another European leading his team to Lord Stanley’s mug and raising it over his head.

Who is your pick to win, as well as your vote for the Conn Smythe Trophy given to the playoff MVP? Who has the most to gain in the hobby in terms of secondary market activity with a good series? Let us know your thoughts by posting a comment below.