Upper Deck will be making its presence felt in more ways than one this weekend during the 49th running of the NHL Entry Draft™ at the Xcel Energy Center in St. Paul, Minnesota. The sports card leader will be manning a special booth during both days of the event, Friday and Saturday, June 24 and 25, and has a special autograph-signing appearance scheduled for Brent Burns of the Minnesota Wild from 11 a.m. to 12 noon on Saturday. Burns will be signing an oversized (5” x 7”) Upper Deck trading card for lucky fans who visit the Upper Deck booth. No other items will be permitted. 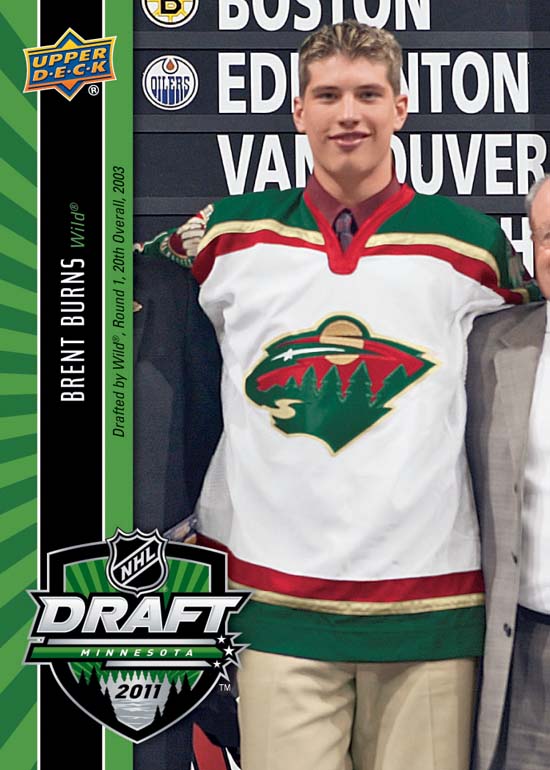 In addition, Upper Deck has produced an event-exclusive, six-card set comprised of former first-round NHL Draft picks and current Minnesota Wild standouts that can be had by simply opening up three packs of any 2010-11 Upper Deck or O-Pee-Chee NHL trading card product at the booth with the exception of Victory. The six players who comprise the special redemption set are: Sidney Crosby, Steven Stamkos, Alex Ovechkin, Mikko Koivu, Pierre-Marc Bouchard and Brent Burns. The six-card sets will be redeemed for as long as supplies last. 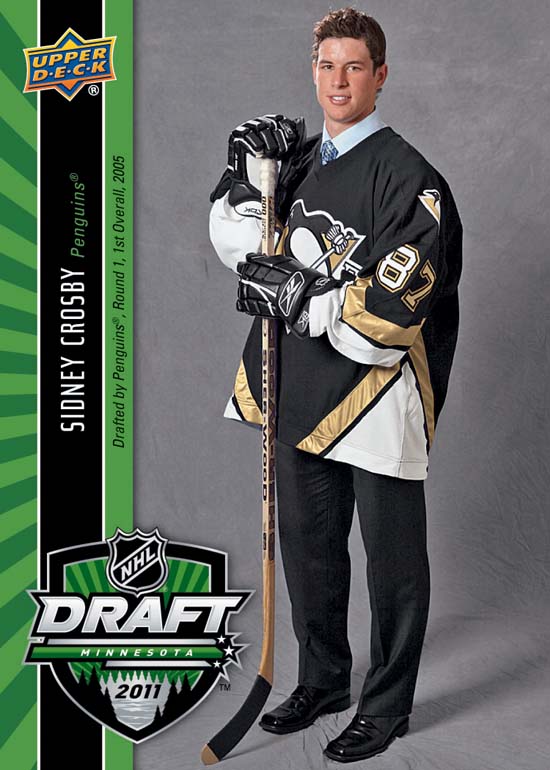 WE ARE NO. 1: Former top draft draft pick Sidney Crosby is one of six stars inside UD's redemption set.

There will be also be an interactive “Slap Shot” game element for kids 13 and under to play and walk away with cool prizes for their efforts. Pre-orders will also be taken for Upper Deck’s 2011 Boston Bruins Stanley Cup 30-card Box Set. And lastly, Upper Deck will have its fan favorite Personalized Card (P-Card) station in full swing to produce event-branded, personalized trading cards for hockey fans. Booth hours will be from 4 p.m. to 10 p.m. on Friday and 8 a.m. to 1:30 p.m. on Saturday. Hope to see you there!