The Jets will have to learn to fly with the pigeons before they soar with the Ducks.

Prior to this year’s run, the last time the Winnipeg Jets clinched a playoff berth, the Anaheim Ducks were just a three-years-old franchise. Needless to say, there was a sizable gap since playoff fever flooded Winnipeg’s streets. And although short-lived, it was great to see it return.

This past off-season when the Ducks’ general manager, Bob Murray, went hunting for a gritty, two-way weapon, instinct lead him to the doorstep of the most-hated man in Canada, Ryan Kesler. Despite having to part ways with two of the club’s best young talents in Nick Bonino and Luca Sbisa, the veteran center’s early post-season success has been exactly what the doctor ordered.

While the Jets were preparing to lift off the tarmac, the Kesler-lead Ducks declined the invitation to becoming the punch line of a Winnipeg fairy-tale ending. Even with Canadian Prime Minister, Stephen Harper, in attendance last night, Kesler’s two-goal performance helped render that raucous white-out crowd useless.

After completing the opening-round series sweep, the Ducks are moving on to the second round for the second-straight year. For now, it is all rainbows and butterflies. But the Ducks know they have a tough road ahead of them if they want to return to their 2007 form. Now, they’ll have to patiently sit and wait the outcome between the Calgary Flames and the Vancouver Canucks.

In the spirit of Throwback Thursday, let’s put up a throwback card and see if our fans can come up with some great captions for this card! Please share your comical caption to this card for a lucky fan’s opportunity to score 1 box of 2014-15 ICE Hockey Cards! 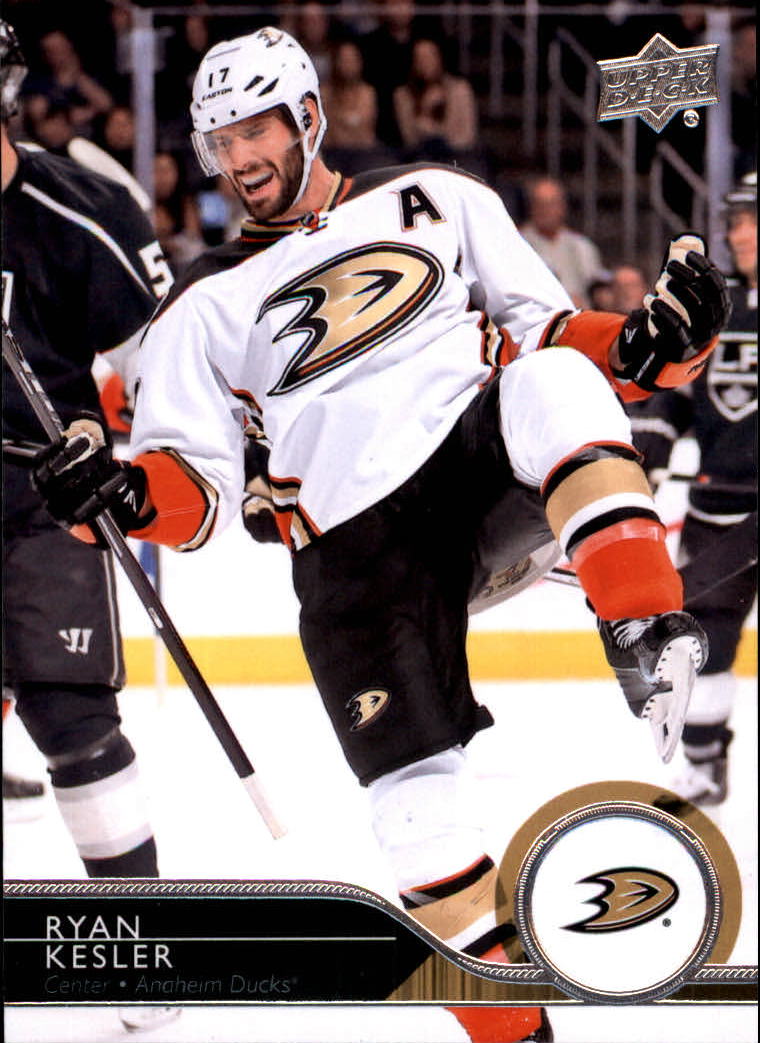 
i perfected this pose by watching the Karate Kid over and over again while playing in Vancouver.


Yowza… Gyoza!! Damn I wish I could celebrate this with some Vancouver sushi again!


” You didn’t lose the game, you just ran out of time”. Ryan said as he looked around and then made a celebratory ” CHA CHING”! motion.


Congrats to Jerrod T. ! Your comical comment has scored 1 box of 2014-15 ICE Hockey Cards! Thanks to everyone for participating and we hope to see your comments again soon.