Through the first five weeks of what has been an intriguing football season, the Miami Dolphins are the most successful team rushing the ball, averaging 177 yards per game. The funny thing about this fact is that they are doing it in a most unconventional way by utilizing the Wildcat offense. The phenomenon of the Wildcat offense has caught many defenses in the NFL off guard. The New York Jets experienced it firsthand on Monday night. The Dolphins have said over and over again that they will continue to put their best players on the field. The difference is they put all their best players on the field at the same time. The Dolphins one-two punch of Ronnie Brown and Ricky Williams combined for a total of 226 yards against one of the league’s stingiest defenses. Once again, head coach Tony Sporano executed his game plan to perfection, converting on nine of 14 third-down attempts.

The Wildcat is not a new offense. The Dolphins’ version features their most electrifying playmaker, Brown, taking a direct snap from center, and then having the option of handing the ball of to the motion receiver, in this case Williams, or faking the handoff and taking it up the gut himself. This type of offense was developed in college football many years ago, and was recently implemented into the NFL last year by Sporano and former coach and current Dolphins’ VP of Football Operations Bill Parcells. In the past, coaches would not dare run this type of offense because NFL players were said to be too strong, smart, and quick for an offense such as this. Apparently, Sporano and Parcells knew something the rest of the league didn’t. 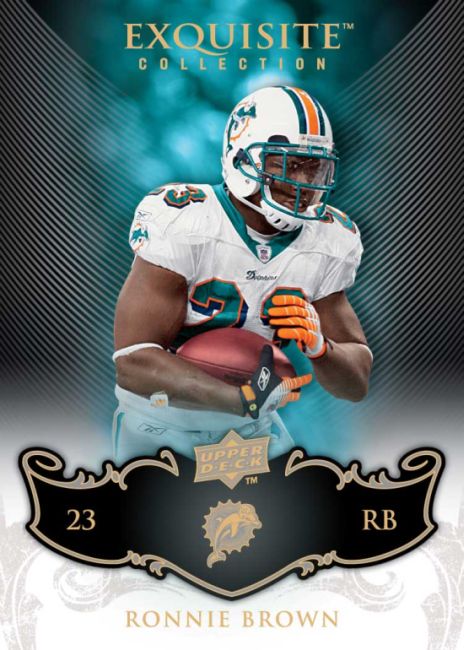 For some odd reason, the New York Jets looked extremely confused on defense. First-year head coach Rex Ryan was the defensive coordinator for the Baltimore Ravens last season. Mind you, the Ravens have been known for boasting one of the top five defenses in the league since 2000. He brought this same philosophy to the Jets, along with some of his favorite players including Bart Scott and Jim Leonhard. He also played the Dolphins twice last year, shutting down this same Wildcat offense both times. So, if any blame is to be placed for Monday night’s debacle, it solely rests on Ryan’s shoulders for failing to adequately prepare his team.

Next Monday night, however, may be a game for the ages. The undefeated Denver Broncos travel to San Diego for the first time this season. Forget the fact that it is only their first meeting and we are only six weeks into the season; this is a must-win game for the Chargers if they want any shot at making the playoffs. Once again, they’ve gotten off to a slow start (2-2), except this time it may hurt them more than ever before. Last season, the division was fairly competitive. But after looking at both teams’ schedules with four games remaining, it was easy to conclude that the Broncos were probably not going to make it to the playoffs.

This year, however, poses a different Broncos’ team that seems focused and has taken on the mentality of their new head coach, Josh McDaniels. Their staff does a great job of putting the team in successful positions to win games. Add this to the fact that they have a great defense and a quarterback named Kyle Orton who doesn’t turn the ball over, and it seems that they are in a prime position to steal a victory in San Diego.

What makes this scenario even more likely to come true is the fact that the Chargers’ organization is currently in a state of flux. They were the premier team in the division and have been for a long time. But all of a sudden, they can’t run the ball because of a poorly assembled backfield. And they can’t stop the run because of dreadful outside linebacker play, which means there is no pressure on the opposing quarterback so they have trouble defending the pass. This chain of reaction is what the Chargers face every game. The Broncos’ staff is comprised of several former New England Patriots coaches, some of whom are widely recognized as the best game planners in the NFL. I believe that McDaniels will exploit the Chargers for their long list of shortcomings because that’s the New England way.

Get ready for another interesting Monday Night Football game!