Ryan Mathews is the newly arrived workhorse in the San Diego Chargers backfield this season. Selected No. 12 overall by the Bolts in April’s 2010 NFL Draft, the Fresno State running back has been tasked to fill the cleats of former Chargers RB LaDainian Tomlinson. To date, Mathews has tallied just 382 yards through eight games, but he’s been sidelined with injury in four Bolts’ games including the team’s last three. But it looks like he’ll be running at full speed on Sunday against the visiting Kansas City Chiefs, so get ready to see Mathews find the end zone!  In Week 1, back on Sept. 13, Mathews gained a season-high 78 rushing yards against KC in a rain-slicked mud bowl, so expect the first-year standout to light things up this weekend at home. Here’s your chance to salute San Diego’s next great running back by purchasing this authentic, autographed football from Upper Deck Authenticated. Hey, it’s just $149.99, so what are you waiting for? Order yours today! 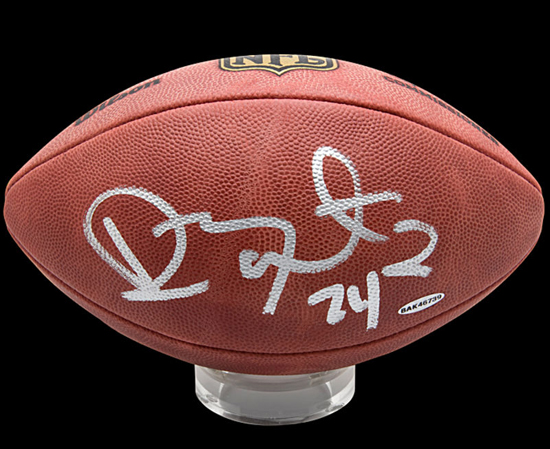 Capture lightning in a bottle by ordering this Ryan Mathews signed football from UDA.