Is crimson the most prevalent color in your wardrobe? Have you ever named one of your pets Big Al? Do you include Nick Saban in your evening prayers? If you answered yes to any of these questions, you will be thrilled with the new college football trading card product coming out this October. Through Upper Deck’s exclusive agreement with the Collegiate Licensing Company, the trading card company will be producing a standalone trading card product commemorating the rich history of the Alabama Crimson Tide football program. 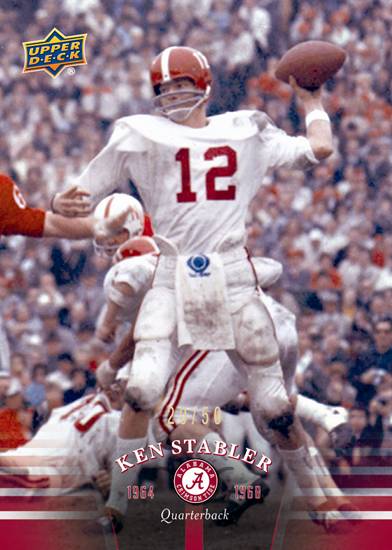 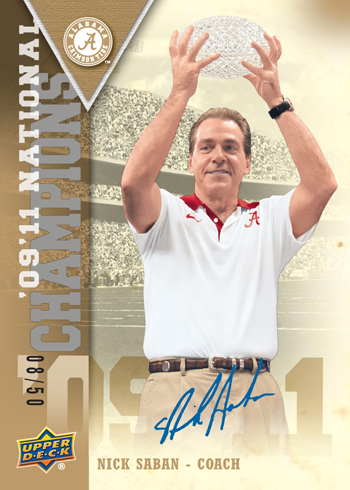 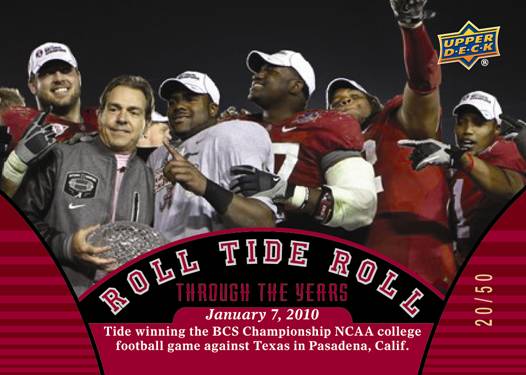 The 100-card base set will also include 12 “Roll Tide Roll Through the Years” cards that capture those special moments that gave Alabama fans goose bumps over time. From the moment Bryant-Denny Stadium opened in 1929 on to the 21-0 victory over LSU in the National Championship game earlier this year; Upper Deck chronicled all the best memories for Crimson Tide fans.

This is the most comprehensive University of Alabama Football set ever assembled. Each hobby box will contain one autograph card from an Alabama star, and two special Crimson Tide Icons inserts! Every hobby box is loaded with cards of 192 Alabama football cards (24 packs with 8 cards per pack)! 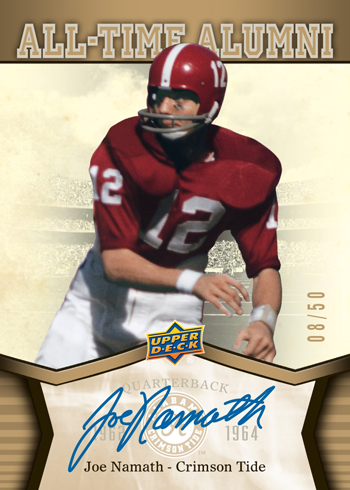 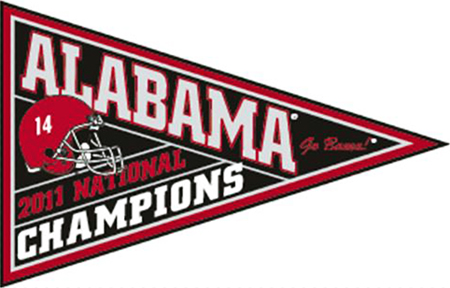 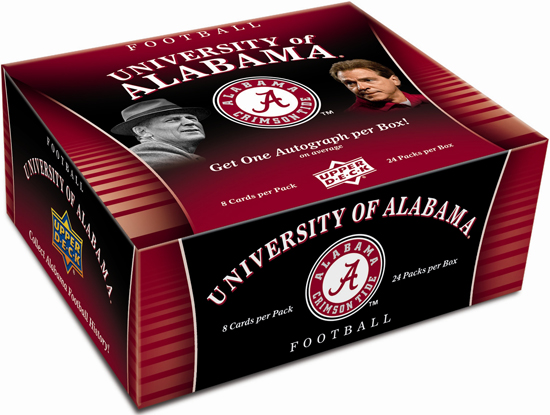 But how do you get your hands on your Upper Deck University of Alabama Football boxes? Well you can pre-order it through the Upper Deck online store now or through Upper Deck’s network of Authorized Internet Retailers next week. You can find the hobby boxes at the following locations next week: 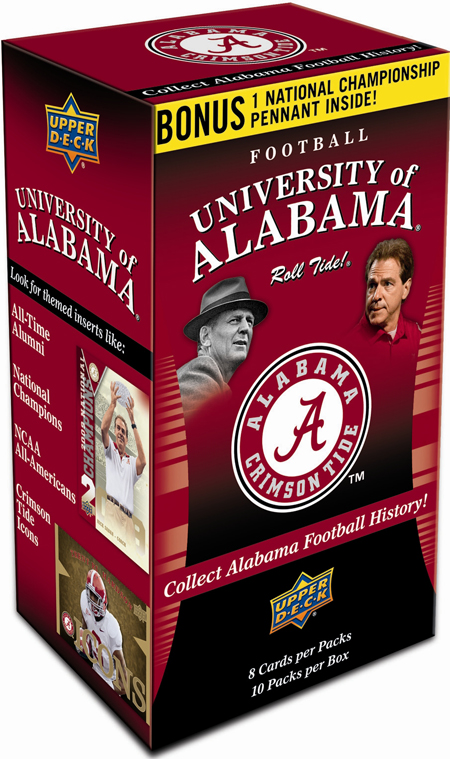 The retail version of the product will be readily available for Crimson Tide fans as well with blaster boxes available at all Target stores in Alabama as well as the following Walmart locations: