In the wake of the COVID-19 pandemic, collector-focused events like the Spring Sport Card & Memorabilia Expo in Toronto and the Summit Show in Edmonton were cancelled. Upper Deck produced promotional packs to support dealers in attendance, but with the events no longer taking place, the packs were distributed through the company’s Authorized Distributor Network in Canada to hobby shops. Shops interested in acquiring these packs, can reach out to Grosnor Distribution or Universal Distribution.

Upper Deck Spring packs contain four cards and a variety of interesting content broken down below with checklists: 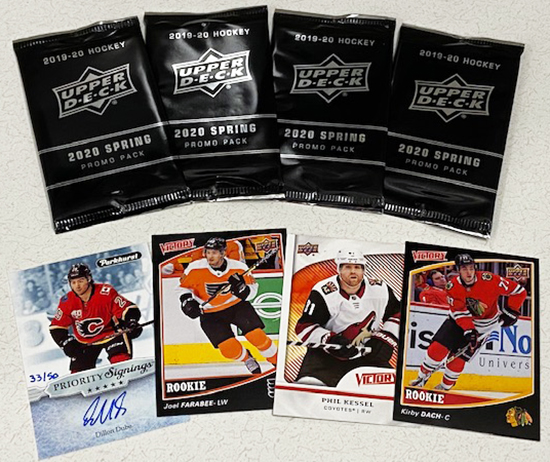 Victory Stars – New for Spring Promo packs is a 32-card Victory Stars set featuring one of the top stars on EVERY NHL® team. Look for a short-printed card 32 of Connor McDavid! 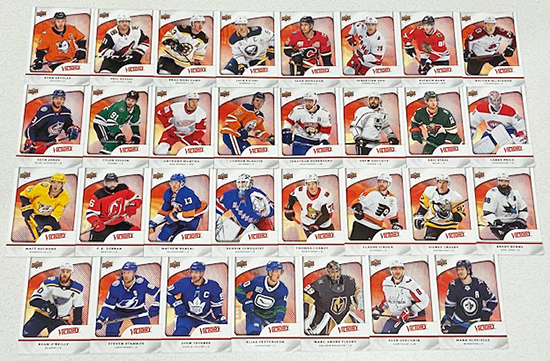 Victory Black Rookies – The last installment of the Victory Black rookies features some of the best young NHL® talent. You can catch the first series of these cards in the 2019-20 Upper Deck Fall Promo packs and the 2020 National Hockey Card Day packs. 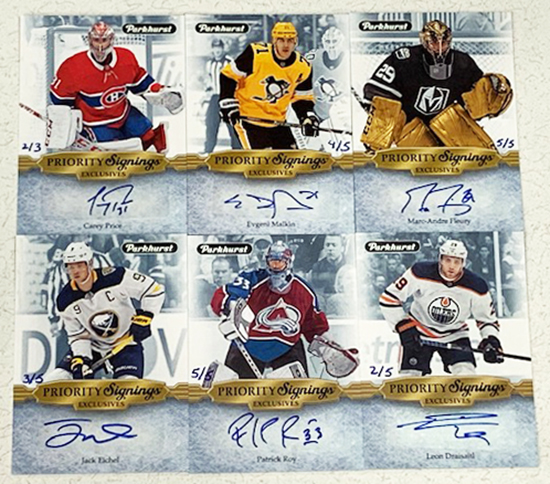 We encourage fans to collect these limited-edition promotional sets and to support these retailers!