You may not know the name Valmore James, but Upper Deck is working to make sure you do by announcing the company will be releasing not one, but two NHL licensed trading cards for the former player. Valmore James was the first African-American hockey player to make it to the NHL stage. James played with both the Toronto Maple Leafs and Buffalo Sabres, but trading card companies of his era seldom featured large checklists to catch a player like James in their sets.

When Upper Deck learned the Maple Leafs and Sabres would be facing off in the 2022 Tim Horton’s NHL Heritage Classic, the company worked to obtain an image rights deal with James to create a licensed trading card for him showing him as a player for both teams. The Valmore James Heroic Inspirations cards were unveiled before the Heritage Classic game at the Upper Deck booth with James and his family in attendance. 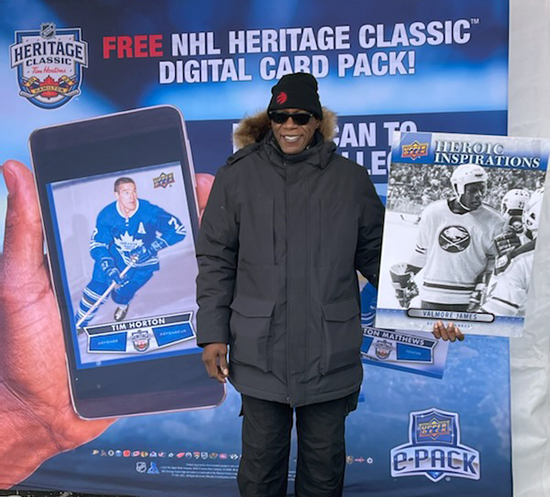 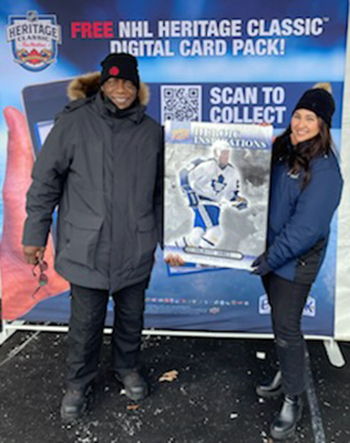 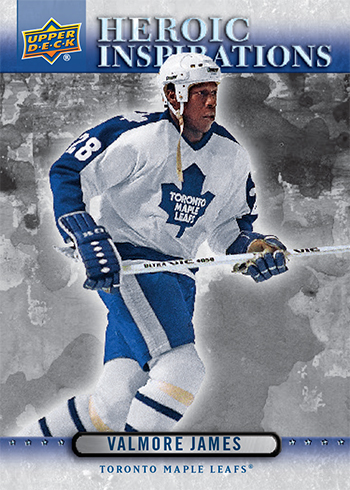 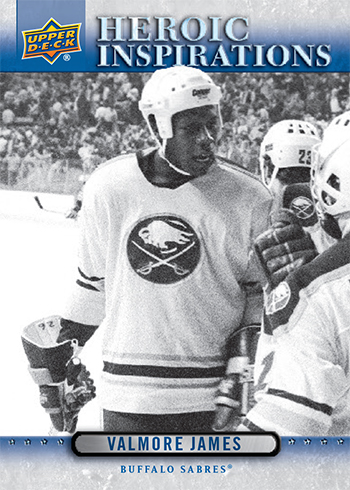 James was very gracious and spent time signing 5×7” promo copies of his cards for fans in attendance and taking pictures with them prior to the game. 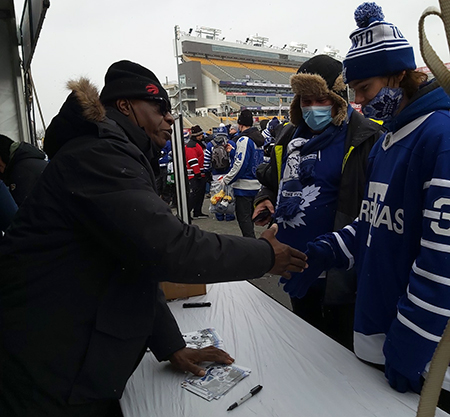 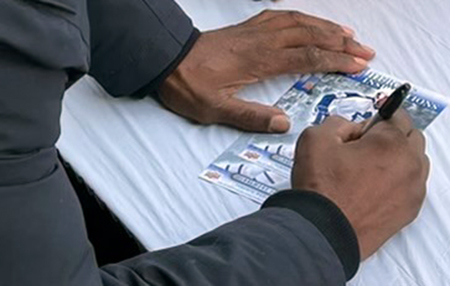 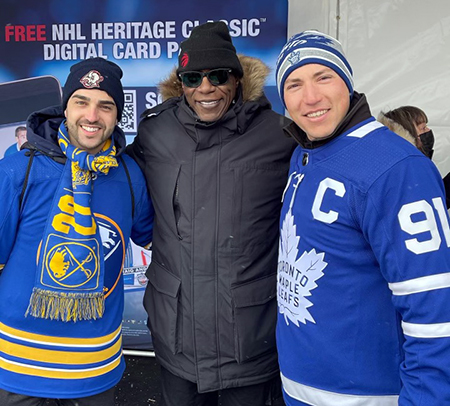 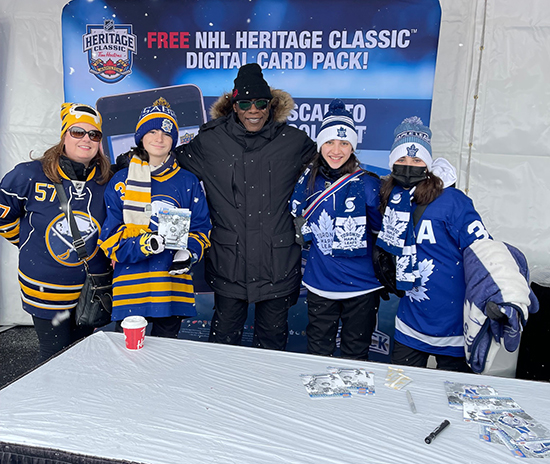 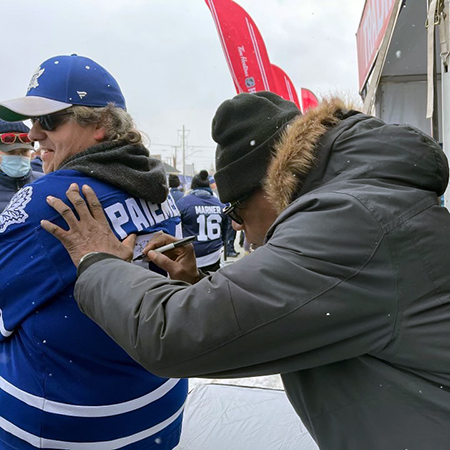 Upper Deck is moving forward with printing standard sized versions of these cards that will be available for FREE while supplies last through Certified Diamond Dealers in Toronto and Buffalo. Upper Deck is also working to make copies available the NHL Black Hockey History Tour at future stops. More details to come! 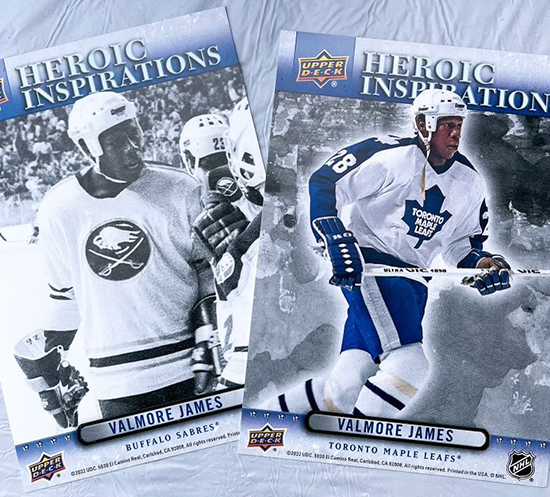 That Is Awesome! Can’t Wait To Get His Card For My Collection!! Much Deserved!!

Now Just Gotta Get Rights For The Other 207 Leafs Without Cards And My Collection Would Be Done!