Fans love Upper Deck’s Tim Horton’s Trading cards every season, but this year they were delighted to get a second serving with the company’s Team Canada set. The set featured the best male and female hockey players from Canada. One eight-year-old girl named Hannah from Ontario challenged Tim Horton’s and Upper Deck to include more content from female players when she noticed there weren’t as many female players in packs. 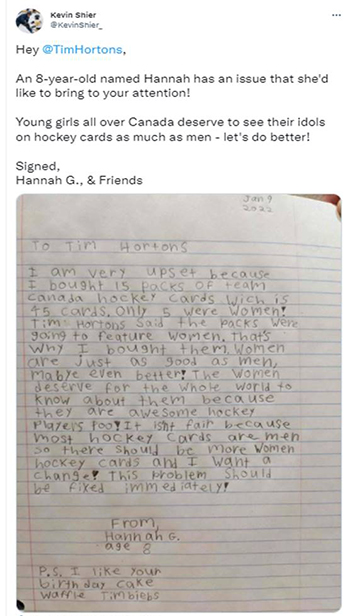 Tim Horton’s reached out to Hannah and got some great feedback for future sets. Upper Deck sent Hannah a special Upper Deck Random Acts of Kindness package and set up a special surprise for her. Recently Upper Deck signed an exclusive deal with the Premier Hockey Federation to produce trading cards for the talented women in the league. Working with the PHF, Hannah and her family were invited to a Toronto Six game and both organizations gave Hannah a wonderful surprise.

Hannah loves playing hockey so Upper Deck worked with her parents to get a photo of her we could use to create her vey own Upper Deck Young Guns blow-up trading card. 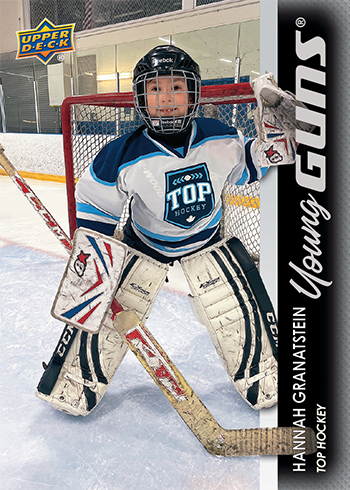 On Saturday night, members of the Toronto Six and Upper Deck staff were excited to unveil the card with Hannah and her family in attendance. 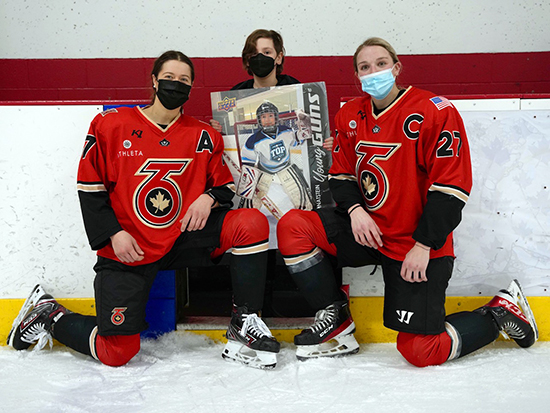 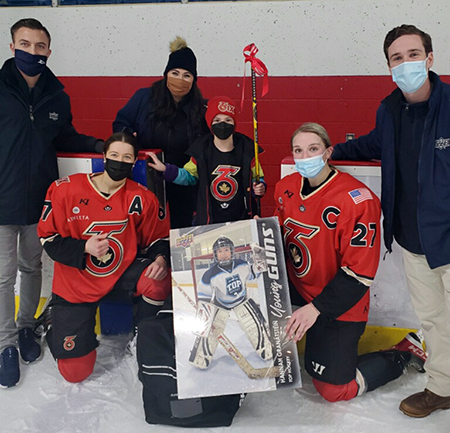 After receiving the larger-than-life card, Hannah shared, “I always wanted to be on a hockey card. I think my friends are going to say, “Wow” when they see it!”

The edge of the card look clean ! Wow this is a miracle !!! Get graded this yg 😉