The year was 1989. I was 7-years-old. My mom brought me home a box filled with old baseball and hockey cards. I was over-the-moon, beaming with joy. I mean, what kid doesn’t like getting a box full of goodies? This is where my love for collecting hockey cards began.  As I went through the “goldmine” that was in that box, this fire ignited inside of me, one that would continue to grow over the course of three decades (and counting). 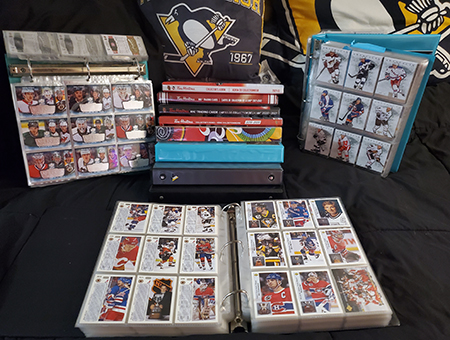 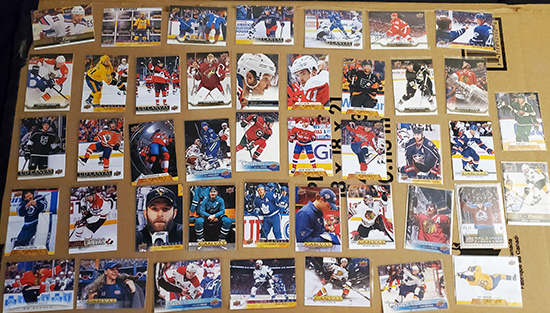 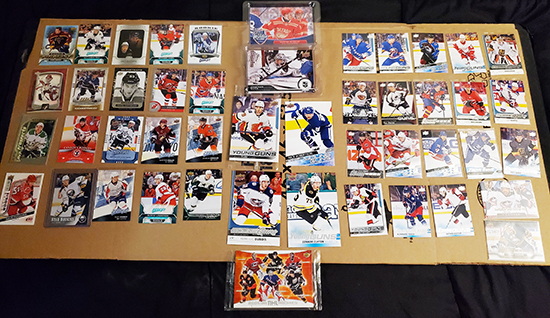 Everyone has that one thing that makes them extremely happy. For me, it’s hockey cards. Nothing gives me more joy than ripping open a new box of cards, tearing into pack after pack, with my heart racing the entire time. The sheer excitement and anticipation are exhilarating. There is no better feeling!

As a lifelong collector, I come to acquire hundreds of thousands of cards, but most of them are hockey because I just love the game. I have purchased boxes at hobby stores, big box stores, and dollar stores. It’s just so hard to pass them up when shopping! 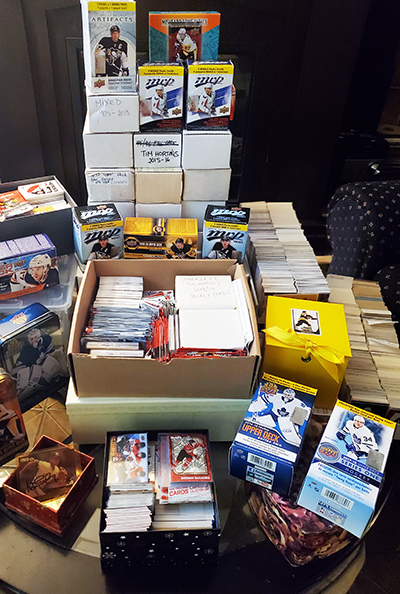 For me the best part of collecting hockey cards is the community. Buying and selling is fine, but the real fun is in trading and getting to know other passionate collectors. The people that are part of this community are some of the best people I know. Over the years I have gained new friends from all over the world just because of collecting cards.

Things go really exciting for me for the 2015-16 NHL season when Upper Deck hooked up with Tim Hortons to bring us an exclusive card set. I have been collecting them every year since then. Enter the 2021-22 season where Tim Hortons decided to do a Team Canada Collection, but wait for it…..THE PRODUCT INCLUDED WOMEN PLAYERS AS WELL!!!! This is great for a multitude of reasons! For one, it helps to grow women’s hockey. And now young girls have another reason to get involved in the hobby. It really helps with inclusion, but these ladies are absolutely card worthy! I think about young hockey players like Hannah Granatstein who hope to one day see themselves on a trading card; it’s awesome. 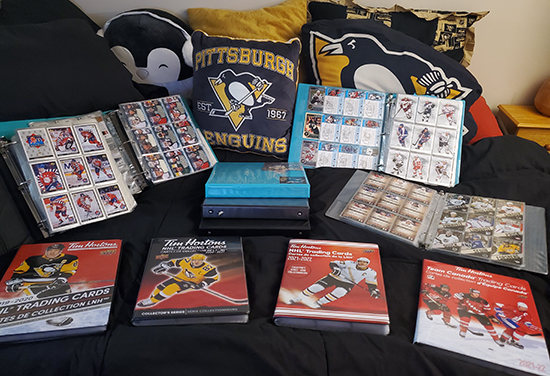 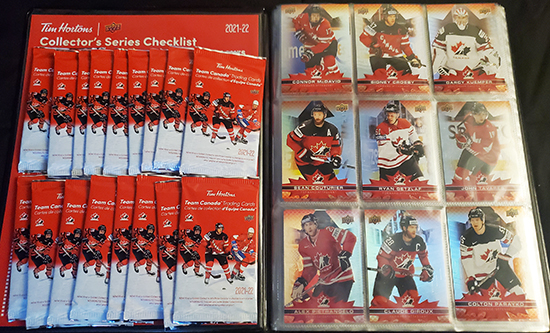 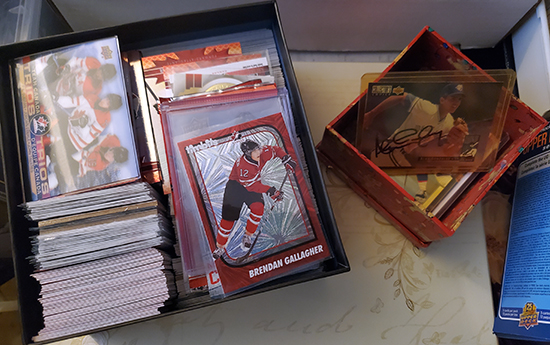 See the game isn’t just for boys. It’s for the girls too!  And so is collecting hockey cards!

I highly recommend collecting cards as a hobby. The friendships you’ll make while learning about the history of players and game we all love make it so rewarding. If you’re anything like me you’ll have a blast chasing your favorite players, be thrilled by pulling autograph and game-worn jersey swatch cards and have fun finding new rookie cards. One of my favorite things to do these days is pick a favorite player and chase their cards. My big three to hunt for are Nicklas Lidstrom, Joe Thornton and Sidney Crosby. My mission: to acquire every card made for each of those players. And the hunt is on! 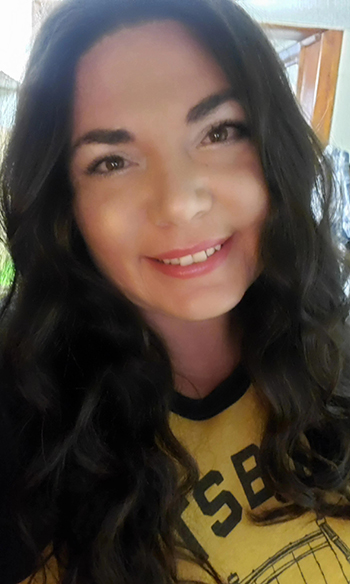 Jennifer is a passionate hockey coach, trainer, fan and card collector. You can follow her on Twitter at @ShootwAuthority.

My 14 year old daughter decided to start collecting hockey cards. I showed her how fun collecting is. I buy her packs and boxes when I can. I love the fact there are other girls collecting. Great article