Upper Deck’s annual Certified Diamond Dealer Conference is an opportunity for the company to say, “Thank you” to shop owners for their incredible support. The conference is packed with informative and inspirational content for these small business owners, but the evening events are really about having fun.

In 2019 Upper Deck blew dealers in attendance away when they brought out entertainment icon, Kevin Smith, to interview hockey legend; Wayne Gretzky. It was certainly a memorable night with, “The Great One” and the Upper Deck team was hard pressed to come up with programming to match that for 2020. 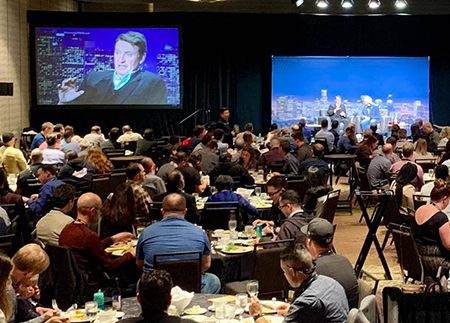 Before the programming began Wednesday night, over 200 dealers gathered for a cocktail reception and plated dinner. There was a buzz within the room when attendees entered and saw the Norris Trophy, the Hart Trophy and the Stanley Cup on stage. The special guest for the evening is one of only two players in NHL® history who had won all three trophies.

When the curtain drew back, Kevin Smith again took the stage. It was almost unbelievable Upper Deck was able to score another appearance with the Hollywood fixture and passionate hockey fan as Kevin is in the midst of a 63-city tour to promote his new movie, “The Jay and Silent Bob Reboot.”

When Upper Deck approached Kevin about the opportunity to take part in the event again, he couldn’t resist when he heard who the evening guest was; Number 4 Bobby Orr. As one would expect, Bobby received a standing ovation from the absolutely packed room. After the crowd settled down, they witnessed an interview they would never forget. 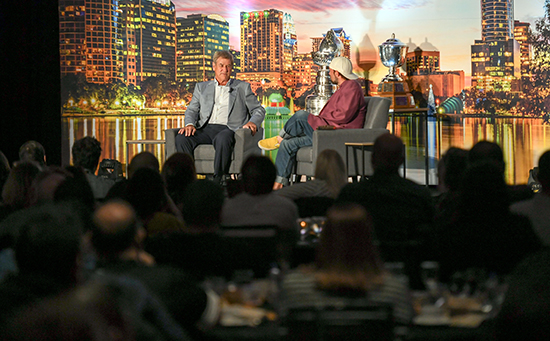 The pair went on to have an incredibly memorable chat where Bobby shared special moments and insight from his life on and off the ice. Kevin brought plenty of humor to the conversation and the pair had a great rapport with awesome back and forth moments during the evening. Upper Deck’s guests walked away with memories that will last a lifetime and a signed photo with Bobby Orr. 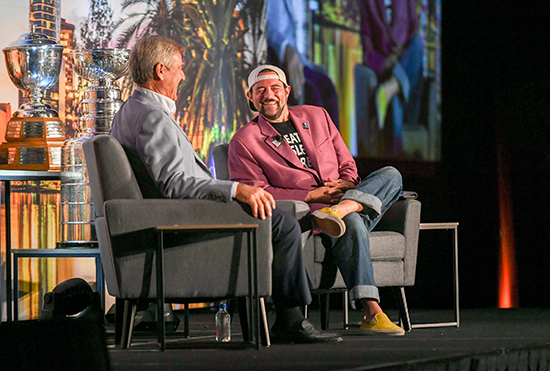 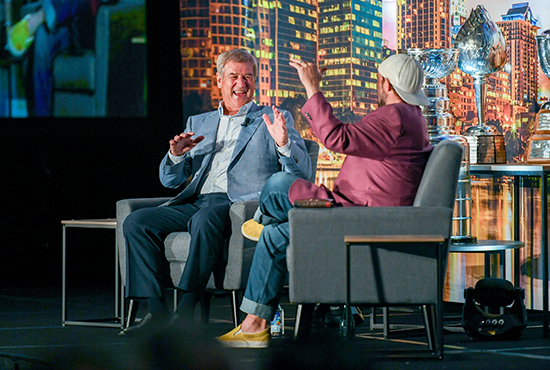 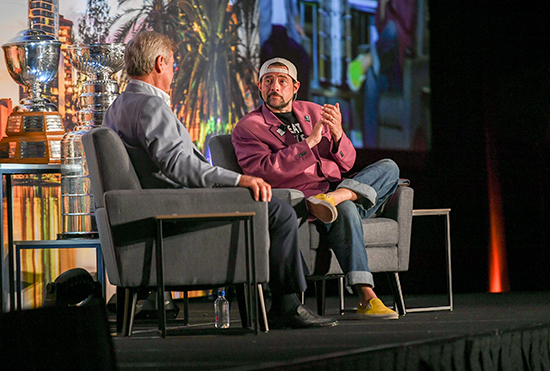 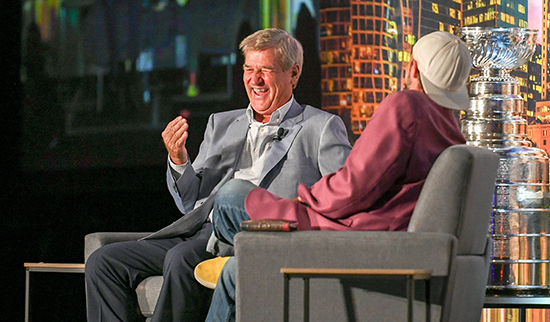 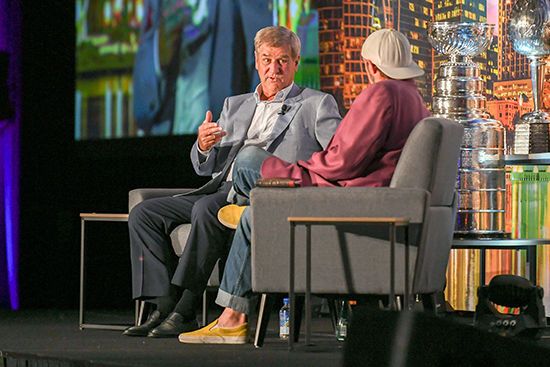 
Upper Deck, many thanks for ANOTHER incredible moment as part of another incredible event. How you are able to get so much in within 2.5 days is beyond impressive. I went through my notes and have already started implementing ideas I received as part of the Certified Diamond Dealer event and can’t wait to see what you have cooked up for us in the LA event in 2021 I already booked.

I can’t wait to share the many gifts I received there with my collectors as part of National Hockey Card Day on Saturday, February 15th 🙂