When Upper Deck announced the company was getting back into golf trading cards, fans were thrilled at the opportunity to score autograph and memorabilia cards of Upper Deck exclusive spokesman Tiger Woods. Additionally, the opportunity to collect the rookie cards of star players on the tour like Dustin Johnson, Bubba Watson, Trevor Immelman, Y.E. Yang, Charl Schwartzel and Anthony Kim was creating quite a lot of buzz. But there was one thing fans kept asking, “Where’s Rory?” 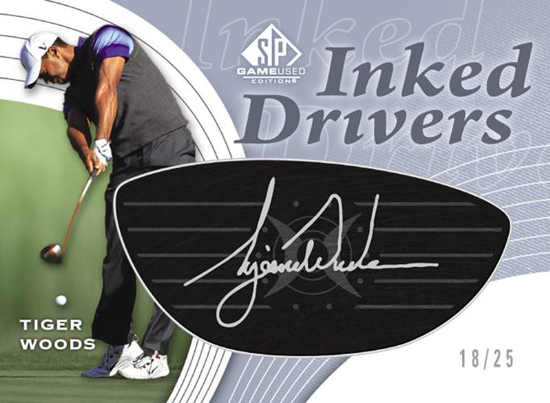 Shortly before 2012 SP Authentic Golf launched, Upper Deck was able to come to terms with the hottest golfer on the tour today; Rory McIlroy. And while Upper Deck has been able to deliver a variety of signed Rory McIlroy memorabilia collectibles to fans, because of the lead-time required with producing trading card sets, Rory McIlroy won’t have licensed rookie cards until the 2014 season. 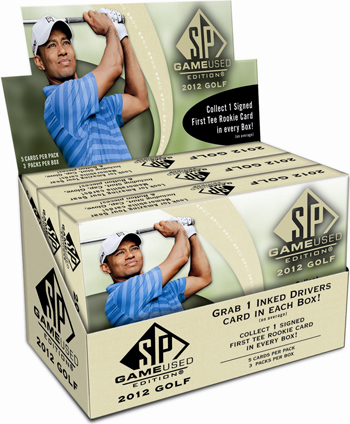 That being said, the golf team at Upper Deck were able to include a very special Rory McIlroy preview card into 2012 SP Game-Used Golf which releases today. This short-printed card (SP1) falls at roughly 1:72 packs and shows the world’s number one golfer teeing off with the classy SP Game-Used design. 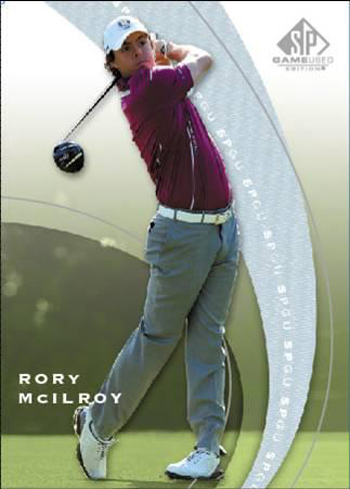 Fans can look for many more compelling Rory McIlroy rookie cards (including authentic autograph cards) as Upper Deck delivers more golf products this season, but in the mean time, this 2012 SP Game-Used Golf card is the one to grab!