What Would You Do If You Found Out You Were on an Upper Deck Card?

Upper Deck produces a lot of trading cards each year. What would you do if you found out you were in the background of one of the cards however? Remember the story about Patrick Kane of the Blackhawks actually appearing on a NHL card well before he ever hoisted the Cup in Chicago? I love that card where he is sitting on his father’s lap. 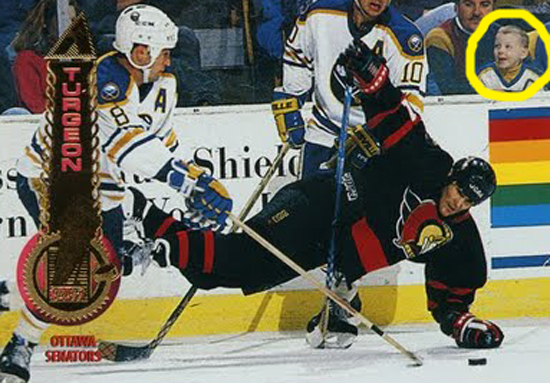 Believe it or not, that young man in the yellow circle is actually Patrick Kane of the Chicago Blackhawks who appeared in the background of this trading card.

“It was an immediate shocking/exciting moment for me considering I avidly collected Upper Deck sports cards for years throughout my childhood,” said Adam Marschall. “I have looked for the baseball card online in an attempt to purchase some copies, but have only found it on eBay and random sports memorabilia sites which seem a little shady.” 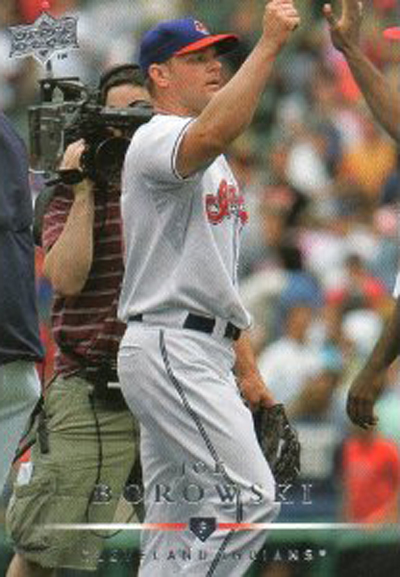 That's Adam holding the camera. Let's help him get his card!

Unfortunately we no longer have copies of that card to share with Adam, but we are hoping some of our fans do. Can you help Adam out with some copies of his card? Please leave a message in the comment section below if you have a copy of the card or several copies of the card. We will assist by providing you with some of our 2011 Goodwin Champions product.

Adam has been out of the card collecting game for a bit, so I want to show him how helpful the collecting community can be. Please dive into those old boxes and let’s help out Adam get his card!


Hey, according to my Beckett database it appears I have one of these.


ebay is a ligitimate place to buy cards, I’ve purchased thousands of cards on there


I do believe I have this card. I was going through my Baseball stuff just a few days ago, and remember thinking it was odd to see the cameraman in the background. ill see if I can find it. If I do, how do we go about sending it to him ?


I believe I’ve got at least two of these at home. I’m working until the end of the evening. But will confirm either on here of the Facebook page when I know for sure.

Here it is on amazon, another legitimate source


and again on check out my cards, I’ve purchased 3 cards so far from these guys and they always arrive

Not sure why you needed help finding them they are everywhere


I have to have a few of those…and I live here in Cleveland. I can get what I have to him…I’ll just have to take a look for it…

Actually, I was on a Pinnacle Football Card of Derrick Alexander of the Browns, I think it was 1996…so I know the feeling!


Pretty sure you can get one from

There are 131 available from various dealers starting at 18 cents plus shipping (this site has some of the cheapest shipping rates around and is great for buying base cards).


Ok I went through my cards and I DO have that card for you 🙂 SO where do I send it? You can PM me on Facebook or email me and let me know where to send it. Ohm and it;s in MINT Condition too!
Dave


After digging through about four 5,000 count boxes I found one lol. It the Upper Deck First Edition version. He can have it just let me know where to send it. Always happy to help a fellow collector.


Just went back and looked again, I actually have TWO of these cards. I don’t know how many he is looking for but if he wants both of these he can have them 🙂 Just let me know 🙂
Dave


I will look tonight. I know I have a ton of Upper Deck baseball cards.


Just found one!!! THought i had more with all of the UD product i have. I have been looking since the start of this! I really wanted to help him out. But i do have one, let me know where I should send it or how you guys are doing this.

If you can help him out, here is his address to send the card(s) to:

After you send it off, let me know and shoot me your address at chris_carlin@upperdeck.com. I’ll send you a couple packs of 2011 Goodwin Champions as a thank you for helping this fellow collector.