When Upper Deck got to know one of our collectors named Dean Barnes, we were big fans right off the bat. We loved how he brought not only diversity to the category, but sincere passion for the sport of hockey. As a long-time sponsor of the Hockey Hall-Of-Fame, Upper Deck decided to invite Dean and his wife to be our guests at the Induction Ceremony. The night was made even more special for Dean considering one of his all-time favorite players, Jarome Iginla, was being inducted.

Never been to the Hockey Hall-of-Fame inductions before? Well don’t worry, Dean also served as our collector correspondent for the evening. Here’s his story on what took place: 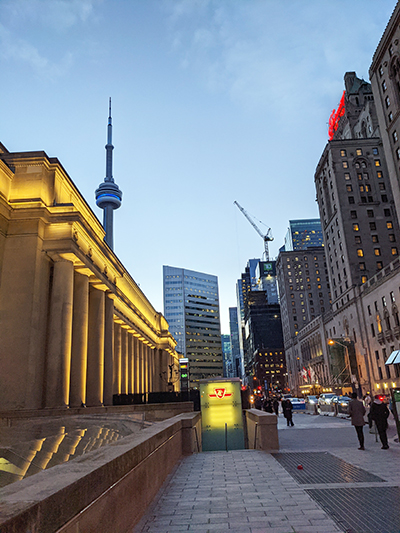 As the day ended in Toronto, the stars came out to shine at the Hockey Hall-of-Fame for the annual induction ceremony. 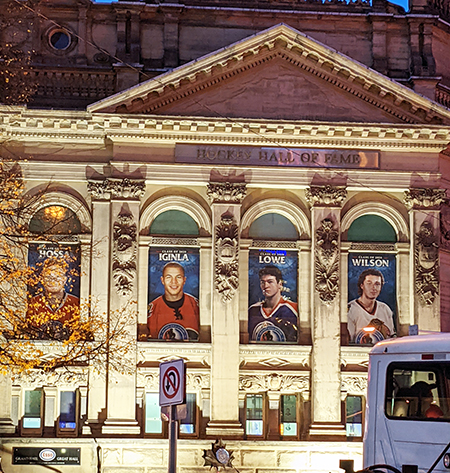 “I was thrilled to attend the Hockey Hall-of-Fame Induction Ceremony at Meridian Hall in Toronto. I have been an ice hockey player for almost all of my life. The pandemic led to the cancelling of my men’s hockey playoff season in March 2020, and the full season of 2020-21. I looked for other ways to stay connected to replace my participation in this game. One way was by reconnecting with my minor hockey playing buddies and coaches through a Zoom call to support one another, and our well-being in the spring of 2020. Later that year, I rekindled a childhood hobby and collected hockey cards to finish off my 1979-80 O-Pee-Chee set, which included a Wayne Gretzky rookie card. I then began collecting rookie cards for over 100 NHL Black and bi-racial hockey players. I was excited when Upper Deck invited us to attend the Hall-of-Fame ceremony, and to see the induction of Jarome Iginla in person. 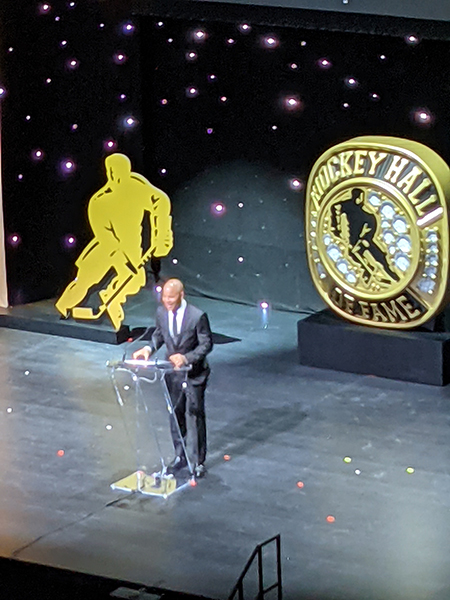 “I played minor rep hockey in Burlington, Ontario at a time when Grant Fuhr (Edmonton Oilers) and Tony McKegney (Buffalo Sabres) were playing in the NHL. I had their hockey cards and looked up to both of them; they inspired me and other minority children in Canada to play this game. During his speech, Jarome Iginla referenced the positive impact of diverse representation, and remembered how much of an influence watching Grant Fuhr play for the Edmonton Oilers, impacted his journey to the NHL.

“Hockey cards are an effective tool for sharing the history of diversity in hockey. For example, the Calgary Flames had three black hockey players on their team in the 1999-2000 season. Hockey Hall-of-famer, Grant Fuhr, and Fred Braithwaite, two black goalies, both played on this team along with Jarome Iginla in 1999-2000. It is likely that Jarome Iginla’s success as a premiere scorer and power forward throughout his career, has led to more diverse youth playing hockey, more diverse fans watching the game, and contributed to more diverse hockey collectors in Canada and the United States. 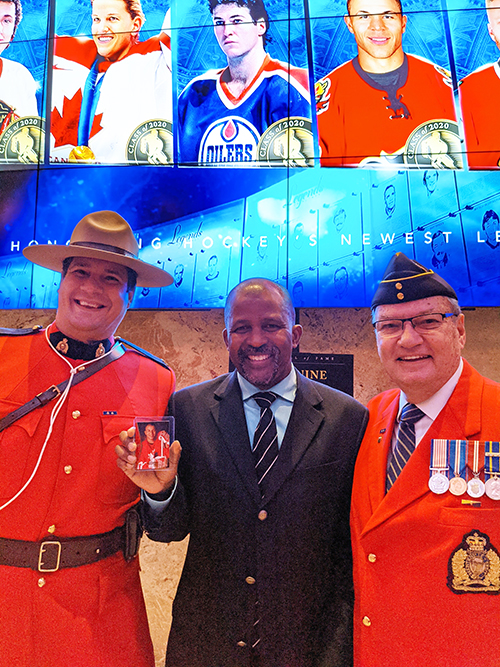 “Witnessing the Hockey Hall-of-Fame Induction Ceremony reminded me of the positive influence the game of hockey has on the lives of many players, professional or not, and the magical way that relationships are developed through this sport. Each of the inductees: Ken Holland, Marian Hossa, Kim St. Pierre, Doug Wilson, Kevin Lowe, and Jarome Iginla, referenced the key people and family members who contributed to their success for making it to and succeeding in the NHL. Seeing the event afforded me the opportunity to celebrate the greatness of the Hall-of-Fame inductees. It brought my Jarome Iginla card to life, and now confirms his place as one of the NHL greats.”

When we say nobody brings you closer to the game than Upper Deck, we mean it. We are so happy we were able to have Dean share this memorable moment. Congratulations to all the inductees and we look forward to sharing more memorable moments with our fans in the future!

What a night! Every year the NHL outdoes themselves.