Cam Newton Has a Strong Showing in Week One

While there is no questioning the 2011 rookie class is very talented, most experts did not think many of them would be able to make much of an impact in the early part of the season because of the lockout. While that may be the case for most of the class, a couple rookies came out and played some really great games. Ryan Kerrigan (Washington), Doug Baldwin (Seattle) and Randall Cobb (Green Bay) all put together great games. It was the play of Cam Newton (Carolina) that had most people talking at the water cooler Monday morning.

Newton did not look much like a rookie using his large frame to make plays, looking comfortable with the speed and timing of the game. He passed for two touchdowns and scored another one himself. What was really amazing is just how well he was able to air it out on a fairly decent NFL defense in the Arizona Cardinals. He carved up the secondary and was able to rack up 422 yards through the air, breaking the record for most passing yards by a rookie in their debut. 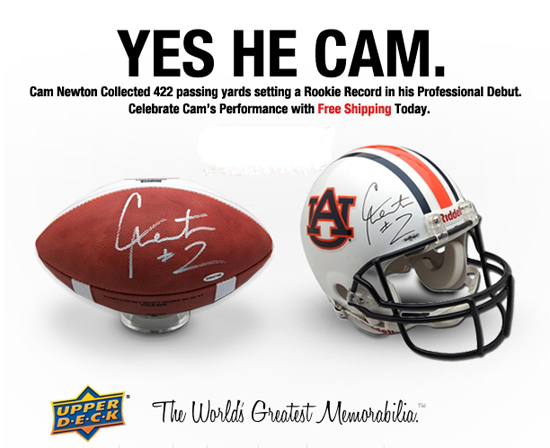