Upper Deck works hard to not only provide a high level of customer care to our collectors, but to also watch for opportunities to engage with fans when the opportunity arises. Given how dedicated our staff is to assisting our worldwide fans, it’s not uncommon for us to receive, “thank you” letters, emails and tweets from fans. 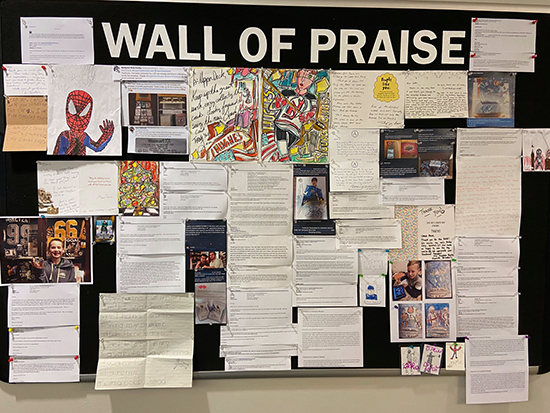 In particular, the team tries to help out collectors who are patrons of our Certified Diamond Dealers. And when we saw that Pastime Sports had a collector with an interesting issue, we just had to help out. When this fan was young, his mom met Wayne Gretzky and didn’t have anything for him to sign, so she asked him to sign her one-year-old’s shoe. Fast forward to 2020, the signature got rubbed off and he was hoping to get it signed. 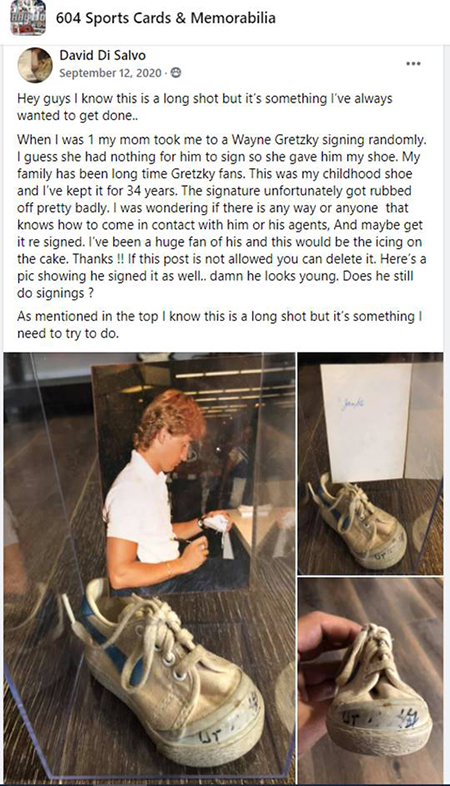 Upper Deck Authenticated does not currently offer send-in signing for Wayne Gretzky items because the company has a robust catalog of authentic signed Gretzky items and given the liability of taking in rare items for collectors. In this case however, we felt safe considering the collectible in question here is an old child’s shoe.

We had this collector send in the shoe fully wiped and we put it back in front of Wayne to sign. We’re not going to lie, he was a little confused with the request, but when we explained the story, he added his autograph. 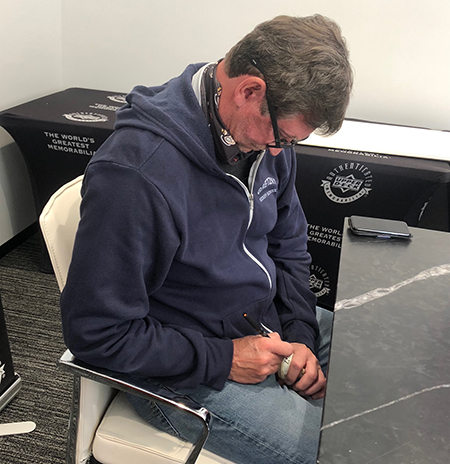 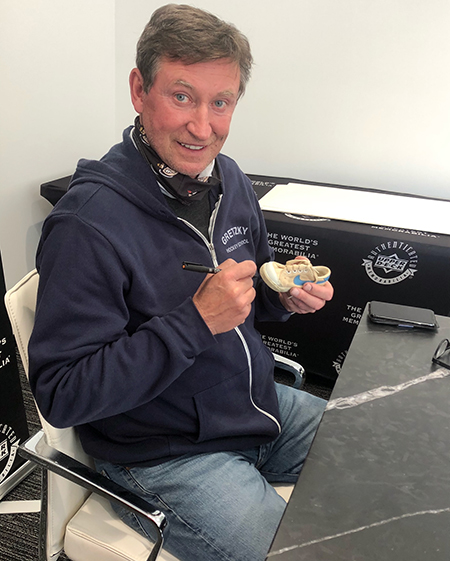 When David received the shoe, he was ecstatic. Here’s what he had to share:

“I shared a story about a baby shoe that I had since I was one. This shoe was personally signed by the ‘Great One’ back In January 1986. After 35 years the signature was really starting to wear off. This shoe has been part of my family for a long time. I remember trying everything I could to get in touch with Gretzky or someone that could get me in contact with him for it to get resigned. I tried for weeks writing countless emails pleading my case.

“I finally decided to make a post on 604 and Pastimes Facebook groups. I was amazed by the responses from everyone that wanted to help. This community is one of the best! After about 4-5 days I get an email from the owner of Pastimes; Ken Richardson. I couldn’t believe my eyes!! He told me that he would try and get me in contact with someone from Upper Deck. I was blown away. He was doing this out of the goodness of his heart didn’t want anything. Three days go by and one morning I wake up to an email From none other than Upper Deck!! I honestly couldn’t believe that they wanted to help me get my childhood shoe resigned by Wayne Gretzky. I remember calling my family and telling them and none of them believed that I could get Wayne Gretzky to resign it. 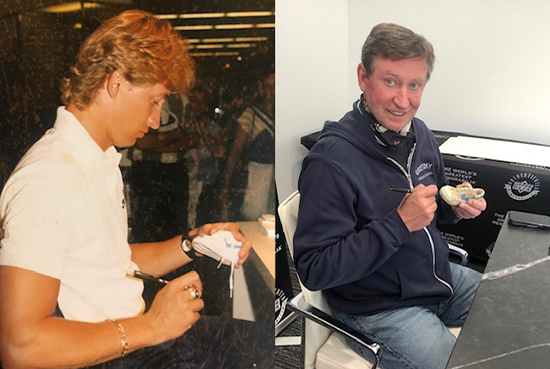 “Well everyone Upper Deck Blew this out of the water! This is an amazing company. They went above and beyond to help me out. They didn’t even ask for a penny! Not only did they get Wayne Gretzky to resign the shoe, they made my baby Nike shoe a one-of-one complete with a certificate of authenticity to go along with it packaged it in an upper deck memorabilia bag. 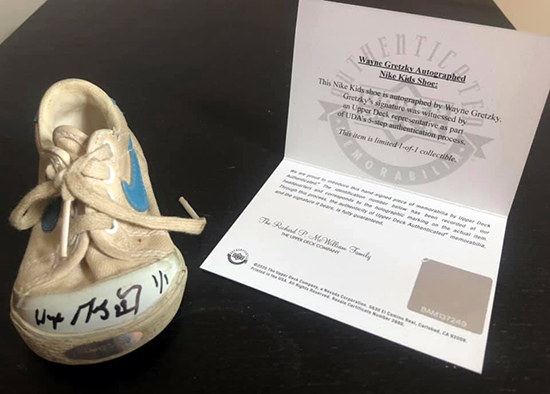 “I can’t thank everyone enough that helped get this done. This shoe will remain in my Family forever. If I thought it was priceless before, it has now become even more priceless if that’s possible. I just wanted to share with everyone publicly that our community is amazing and Upper Deck really cares about their customers.” 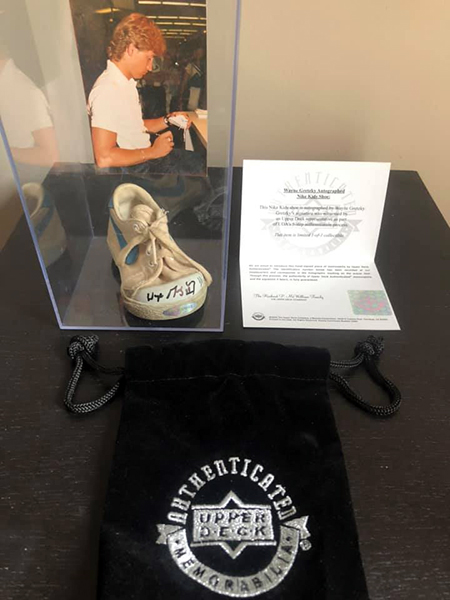 You’ve got to work to be, “The Collector’s Choice” so Upper Deck’s Customer Care team works hard to go above and beyond for our fans. Working with someone as amazing as Wayne Gretzky allows us to provide his fans with the world’s best memorabilia exclusively from Upper Deck Authenticated. Interested in an authentic signed collectible from Wayne Gretzky, shop the Upper Deck Online Store now!


This is what made Upper Deck the great company that it is. It is always great to hear that sometimes it goes beyond the dollar and remembers what collecting is really about. I have always been a UD fan and this is a great story. I understand they can’t do this for everyone but was really happy they are able to do it once in awhile. Two thumbs up!!!