Only Upper Deck Authenticated can bring collectors authentic signed collectibles from the biggest names in sports. At the National Sports Collectors Convention, fans went crazy for the Monumental multi-sport product where they could get five signed UDA memorabilia items. Recently at the Fall Sport Card & Memorabilia Expo, hockey fans fell in love with the Monumental hockey product where they scored three signed UDA hockey items in each box. The fifty boxes created for the show sold out quickly each day of the event with lots of fans gathering to see what was pulled from the large boxes. 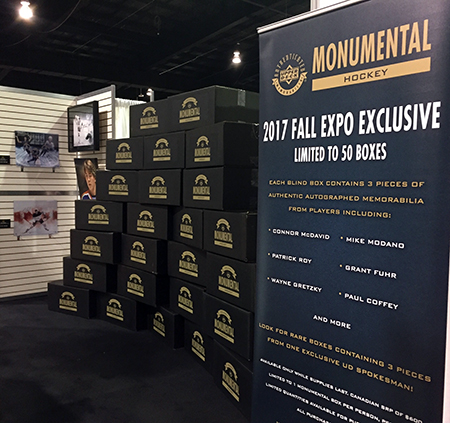 The excitement and opportunity that comes from opening Monumental provides big thrills to collectors. 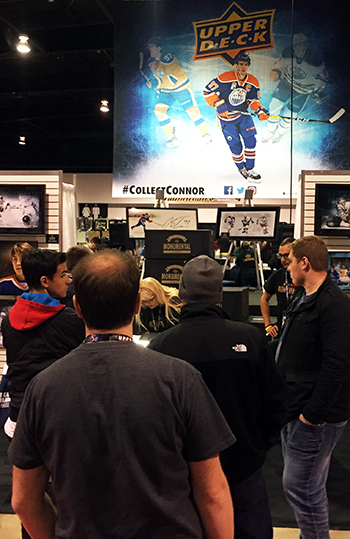 Each day of the show brought long lines of collectors who quickly snatched up the Monumental product that was available.

“What’s in the box?” was a common question heard as fans gathered around to watch Monumental boxes broken open. 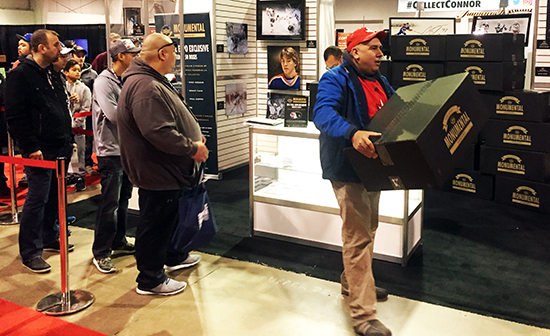 Get them while you can!

Take a look at some of the fun that was had with Upper Deck Authenticated’s Monumental product. 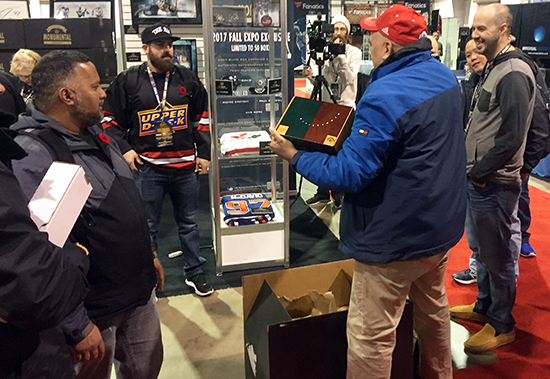 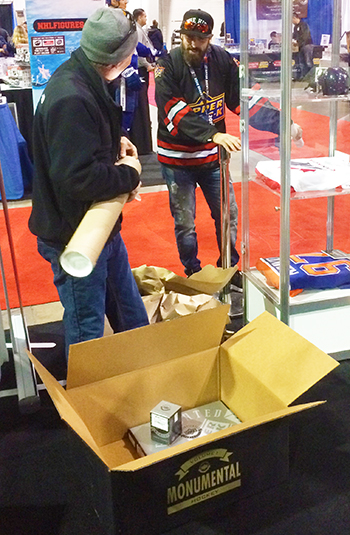 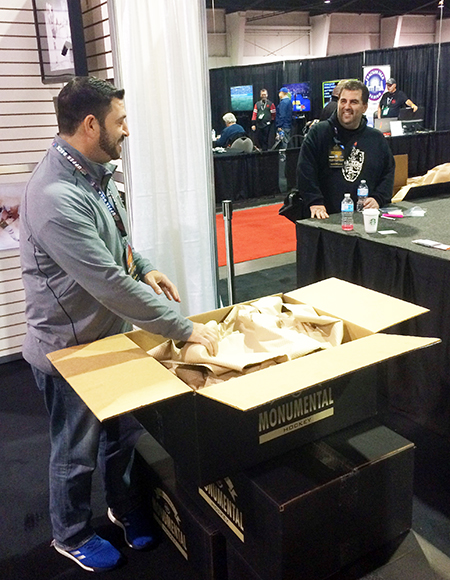 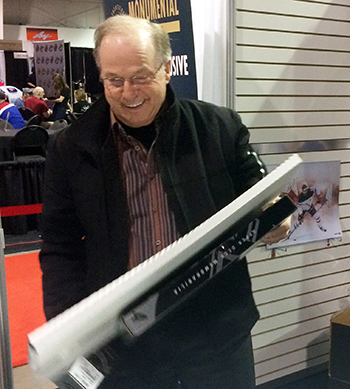 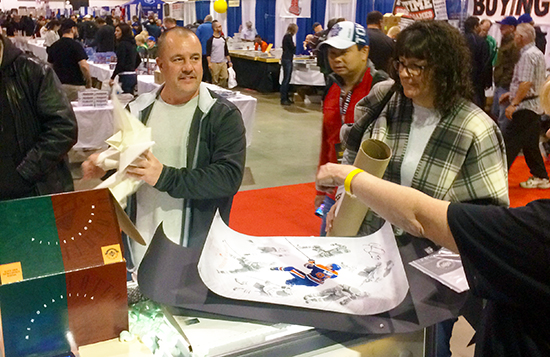 There were also instant redemption cards found inside some boxes good for items that were too large to fit inside. Fans received those items immediately on site. 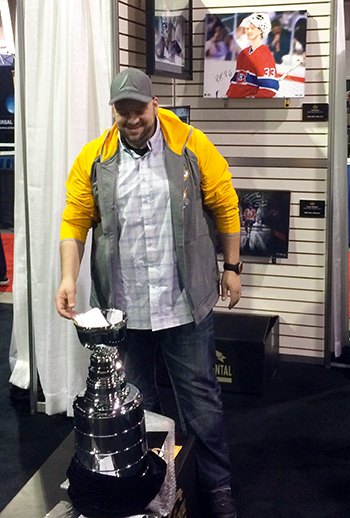 A signed Wayne Gretzky Stanley Cup collectible wouldn’t fit in the Monumental boxes, so this fan scored big when he pulled an instant redemption card for it. 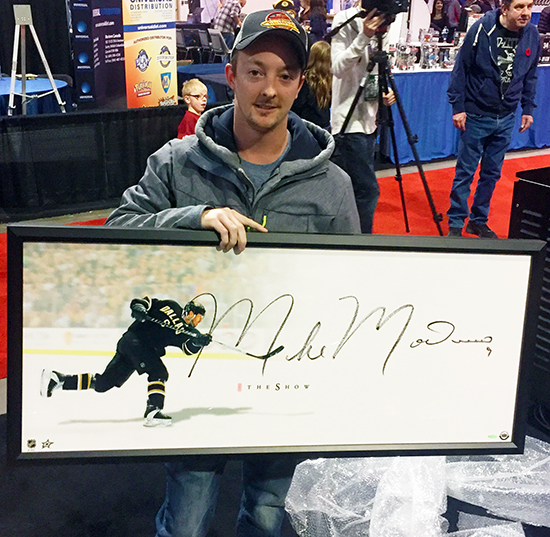 This fan scored a HUGE Mike Modano signed The Show piece from a Monumental instant redemption.

There were special spokesmen boxes that could be found where every memorabilia item was from either Connor McDavid, Patrick Roy or Wayne Gretzky. Those who pulled them were ecstatic! 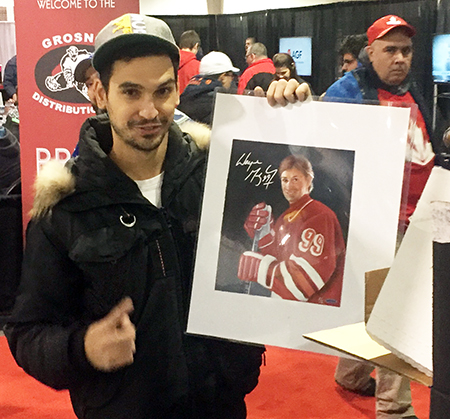 Monumental is sure to be part of Upper Deck’s strategy for future sports hobby shows so stay tuned for more details on how you can check out the product that has collectors buzzing!