Upper Deck Provides Collectors and Shops in Winnipeg with a Memorable Visit!

When the Jets returned to Winnipeg the community was buzzing. There was similar excitement recently when Upper Deck made our way to Winnipeg to visit a variety of shops in the area and share some great giveaways with collectors! 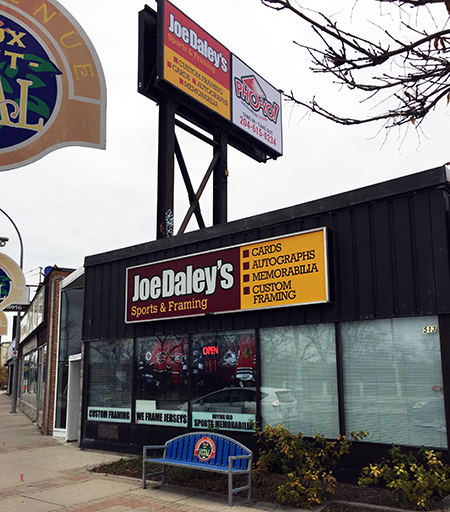 AJ’s has an INCREDIBLE display of Wayne Gretzky autographs that has to be seen to be believed! 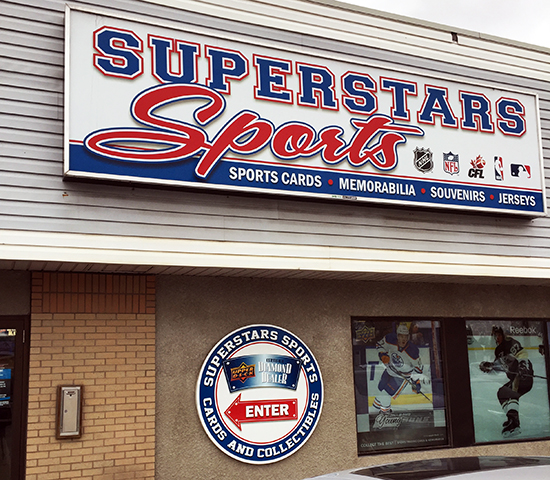 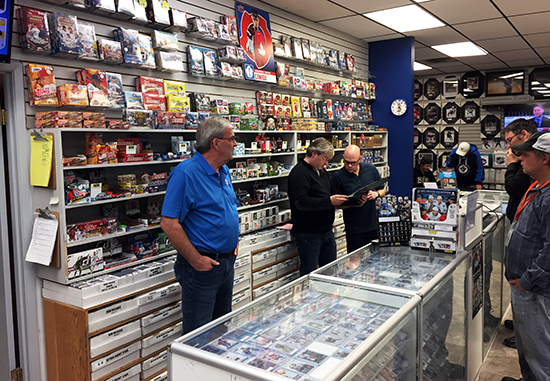 Got a questions about collectibles, Al & Kyle have you covered!

Plenty to see and do at Superstars! 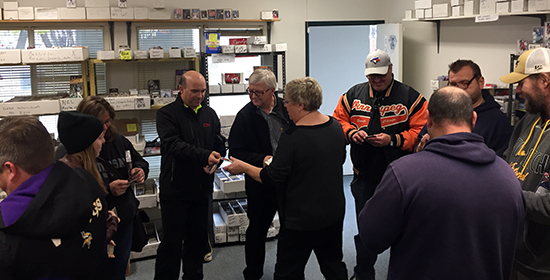 Customers of Sports Card Connection get excited for some pack wars! 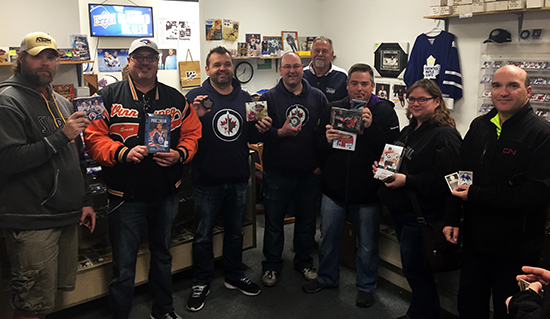 Everyone scored who came by for this lunch-time event with Upper Deck.

Lower Level was packed and is a store definitely worth a visit as there is lots to see. 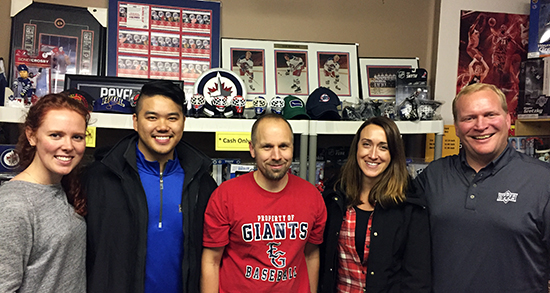 Owner Mike Bergmann (middle) stops to take a picture with the Upper Deck team in attendance. 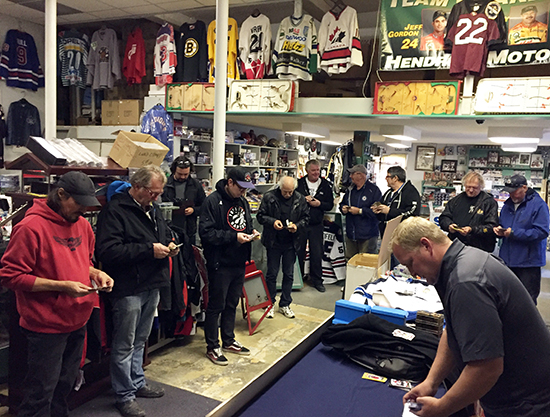 Cancentral packed them in on a Friday night for pack wars and raffles. 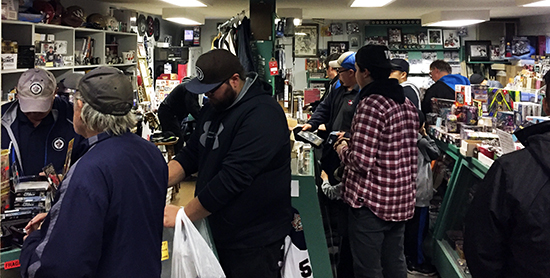 Fans that came to see Upper Deck at the Spectator Plaza for the 2016 Tim Hortons NHL Heritage Classic™ scored too! They were able to get their very own Upper Deck trading card as we had a professional photographer on site to shoot them and print the cards.

“Dancing Gabe” is a fixture at Winnipeg Jets games and he was one of the first in line to get his Upper Deck card made. 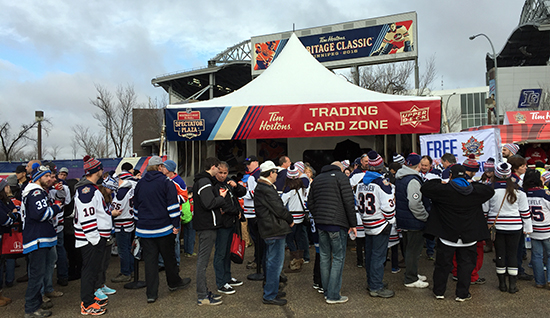 Fans packed the UD booth to get their cards done before the weekend games. 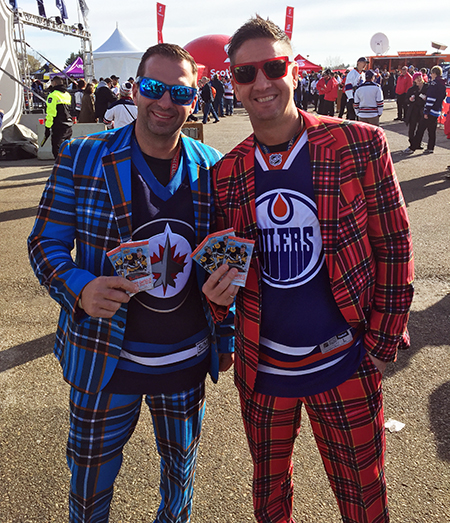 The one thing these two could agree on was their love for collecting Upper Deck hockey cards. 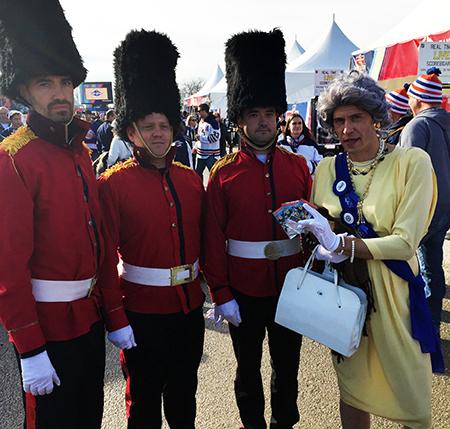 The Queen and her royal guards love bringing Upper Deck packs back to Buckingham Palace. 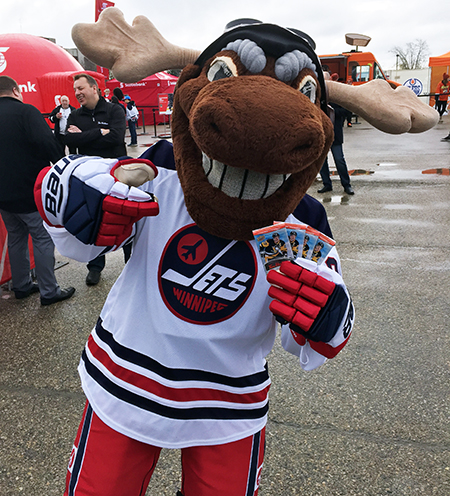 There’s no bigger fan than this guy!

And if you weren’t able to make it out to any of those events, you can still score! Visit your local card shop in Winnipeg to score a special ten-card Winnipeg Jets set Upper Deck created for the Heritage Classic! For any $20 purchase of 2016-17 Upper Deck NHL® products you make at those shops, you score one of these sets while supplies last. 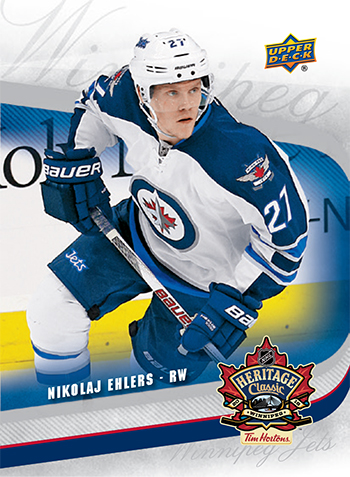 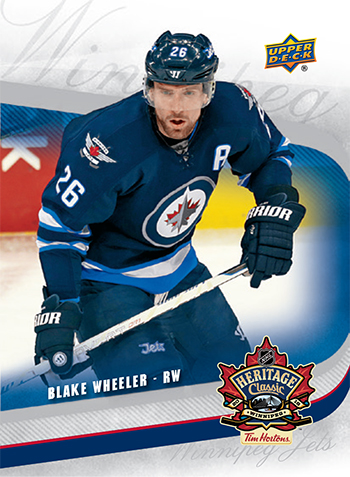 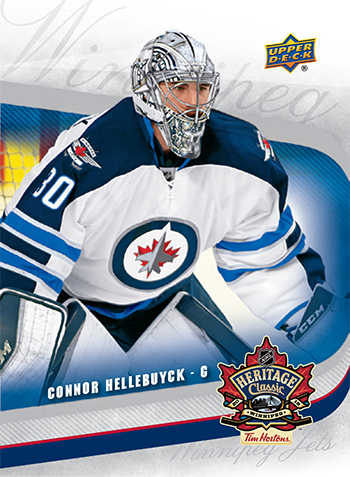 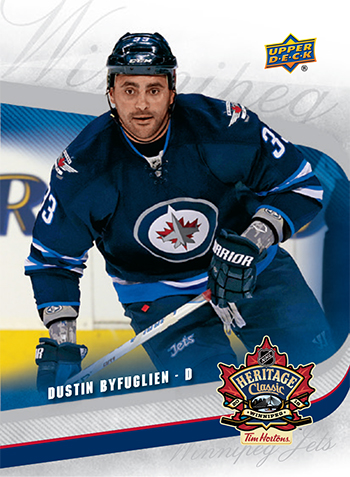 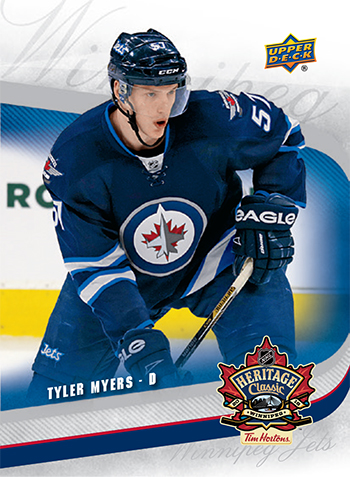 A special Patrik Laine cards can also be claimed with any 2016-17 Upper Deck NHL® box purchase while supplies last. Get them while you can! 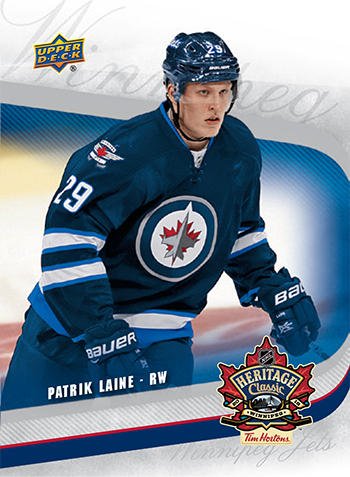