Upper Deck’s Marketing team has been busy running a variety of promotions dedicated to engaging the future of the hobby over the last few weeks in particular. Upper Deck believes it is absolutely critical to look at new ways to involve the youth of today in all the fun aspects of the hobby and the company believes strongly these initiatives will help to develop the next generation of collectors.

First and foremost, Upper Deck continues to be a huge supporter of the Cards2Kids charity routinely working with them, sending donated product to the organization and even recognizing their founder at the National Sports Collectors Convention. Upper Deck also donated thousands of packs of new trading cards to teachers who shared lesson plans with the company about how they use cards in the classroom as a fun way to start off the school year. For the Halloween holiday Upper Deck shared thousands of packs with two great charities in Rady’s Children’s Hospital and law enforcement & fire departments in the county who got the packs into kid’s hands. And then most recently UD donated over 6,000 new hockey packs to Defending the Blue Line which is a charity that donates hockey equipment and experiences to the children in military families.

So it was not a surprise that when it comes to trade shows like the Sports Cards & Memorabilia Expo in Toronto, Upper Deck also pulled out all the stops to make sure kids in particular had a memorable experience throughout the show!

Upper Deck had a variety of giveaways throughout the weekend and kids almost always found their way to the booth to participate and usually score some sweet items. Their smiles made the weekend memorable for everyone involved when their numbers were called for daily raffles. 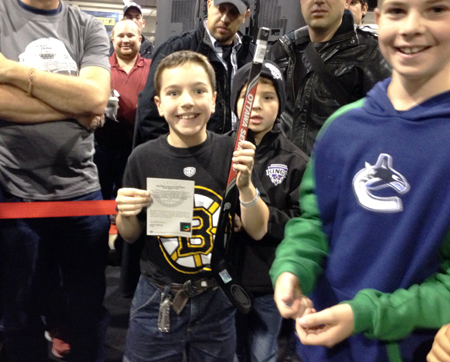 The excitement is contagious when children win Upper Deck giveaways!

Upper Deck also ran coordinated bubble hockey tournaments each day of the show, but more often than not, kids found their way to the table to play their own impromptu tournaments. It was a lot of fun for kids, but also for parents to see their children having fun and winning items like packs of cards, UD branded knit caps and memorabilia items. 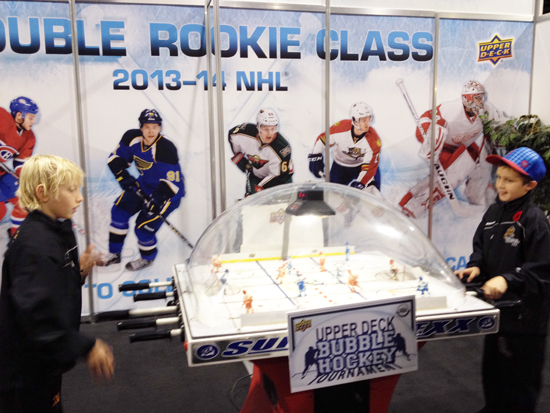 Upper Deck also worked with adult collectors who were participating in case and box break promotions to donate their extra cards to one of the company’s Certified Diamond Dealers and Authorized Group Breakers; Breakaway Cards. Upper Deck collected several thousand new cards from fans and shared them with Breakaway Cards who are in turn donating them to McMaster’s Children’s Hospital. Providing sick kids with a nice distraction through trading cards to take their mind off their health concerns is something everyone can get behind. 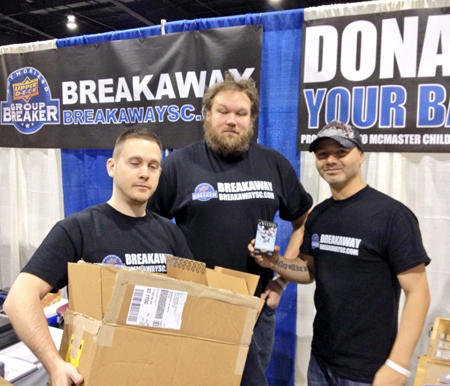 Even when there wasn’t something planned, Upper Deck relished any opportunity to engage these youngsters by coming up with fun games they could play together to earn new UD cards. Check out this video of UD staff playing an exciting trivia game with two children who are obviously pretty hardcore hockey fans already!

Taking time out to share why hockey cards are fun with kids is important for UD staff.

Staff also took the time to make sure younger collectors who were engaged had some great Upper Deck gear to show their support for the hobby. 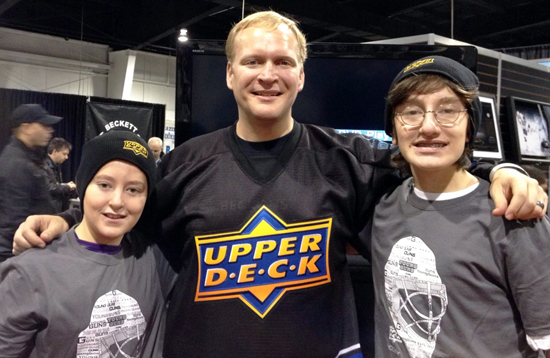 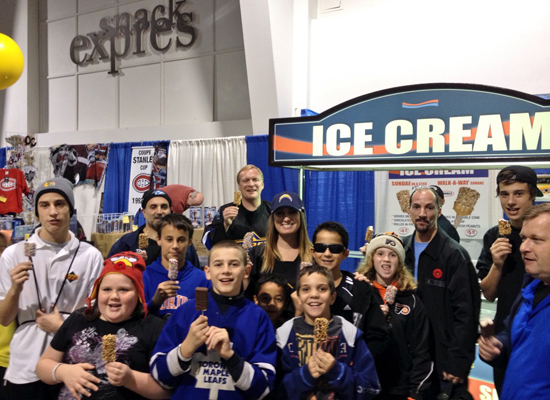 Nothing made kids smile more than when UD treated a variety of kids to ice cream towards the end of the show.


Absolutely true! Topps does not care a bit about bringing in new customers. Panini is a distant 4th. UD has been promoting on many levels for years. Kids want UD (so do adults)! Definitely need their return to making NBA products.