I remember early in my career with Upper Deck working in the Customer Care team where I was talking with a very irate collector about delays on his Ken Griffey Jr. redemption card. He shared, “If you don’t have the card, don’t put a redemption in the pack in the first place!”

I thought to myself, “That makes a lot of sense.” What I didn’t fully grasp at the time was how could you not include someone the caliber of Ken Griffey Jr. in a pack? He’s too important to just leave out. Also, if Upper Deck was to just completely pull some of these cards, they wouldn’t hit the insert ratios published on the packs. On top of that, as many of these cards are numbered as part of a set, there would be obvious holes which collectors really tend to despise.

But that collector had a point and as we heard others share the same sentiment, the company made a variety of fundamental changes to improve the way Upper Deck handles redemption programs. These changes were not really things that collectors have noticed, but they have most certainly had an impact. All of these changes are designed to give collectors the best pack opening experience in the industry by eliminating the total amount of redemptions in new UD products. 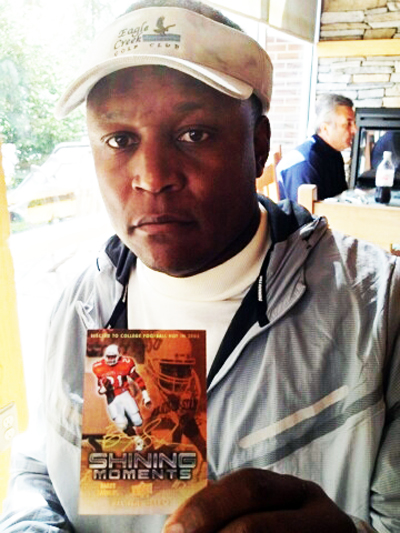 Giving someone like Barry Sanders who has a lot of demands on him time to sign helps reduce the use of redemptions in new Upper Deck products. 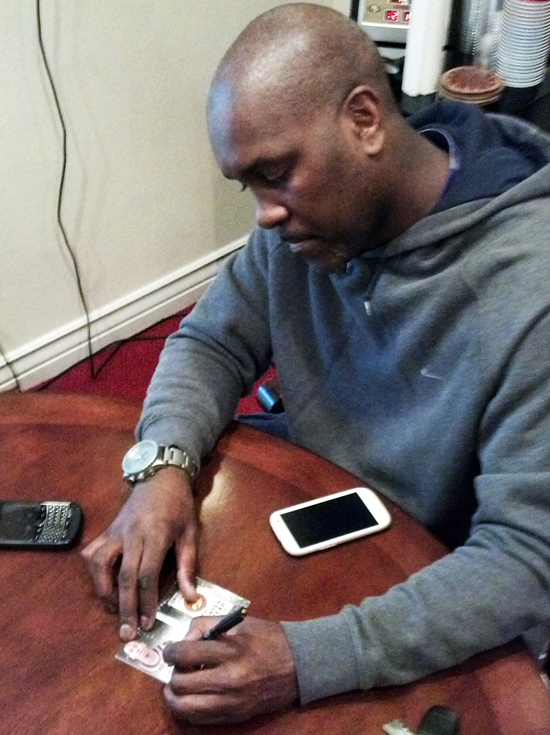 Having a strong network of witnesses who can get to athletes like Gary Payton here for signing sessions helps decrease the use of redemption cards. 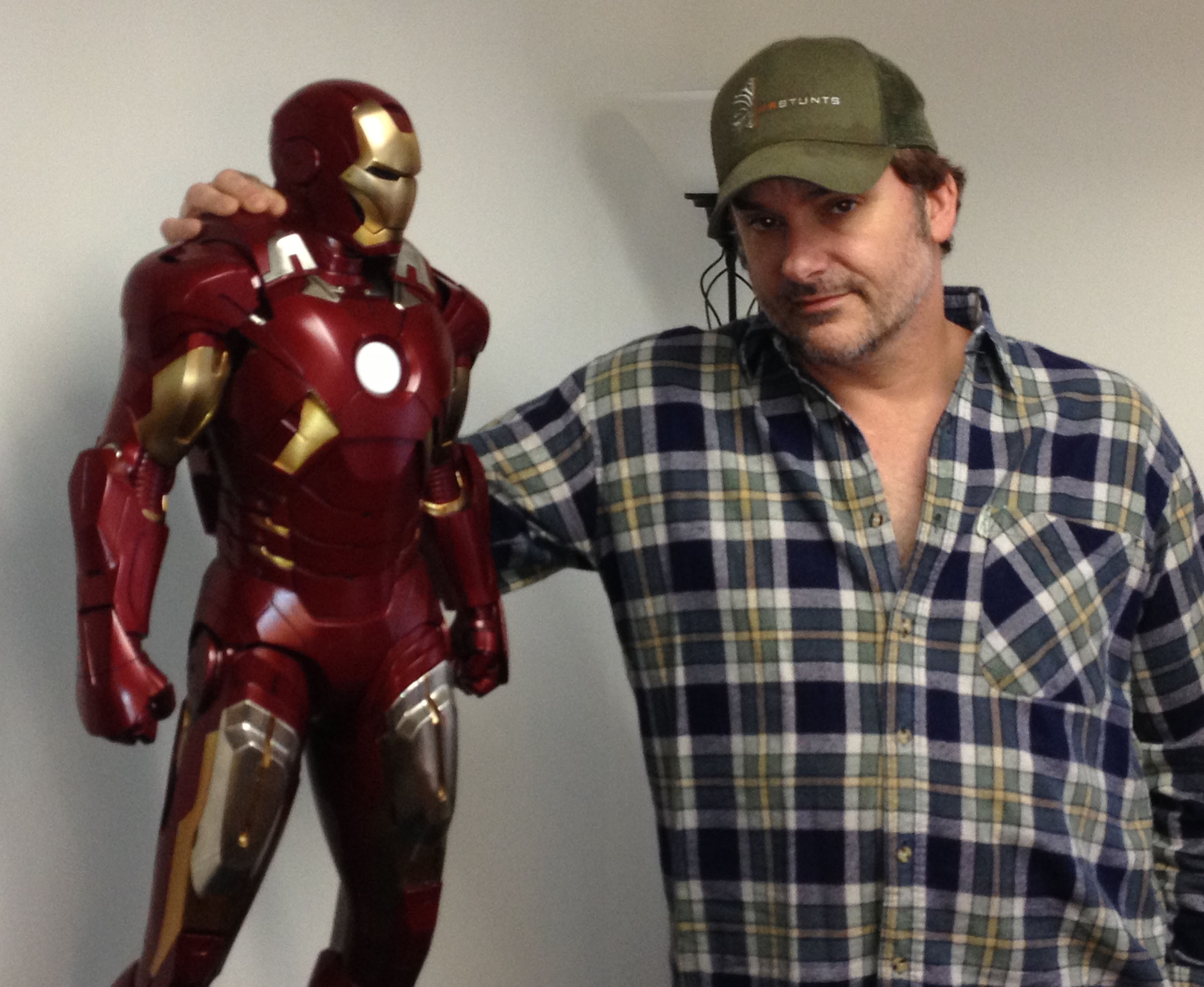 Shane Black, director of Iron Man 3, takes a moment to pose for a picture after a signing session with Upper Deck for a new Marvel trading card set. 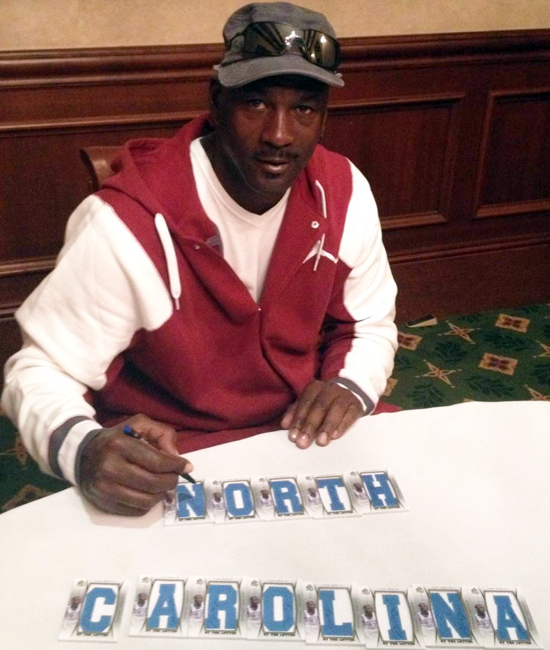 Superstars like Michael Jordan only have time to do a couple signings a year with Upper Deck so there are times redemption cards may need to be issued, but fans don’t normally mind waiting on an autograph of someone like MJ. 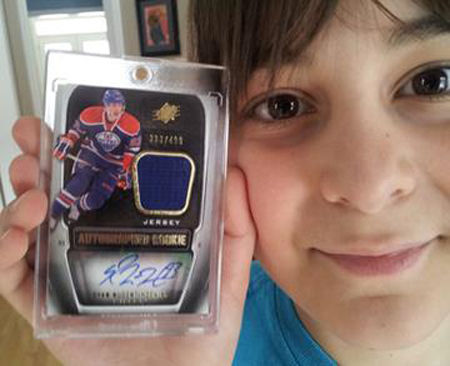 A happy father posted an image of his son with his Ryan Nugent-Hopkins redemption card that only took three weeks to receive.

Have these changes really made any difference? They have indeed. Check out these stats on products Upper Deck has released with zero autograph redemptions redeemable online over the last four years and see the different these changes have made in the last two years in particular.

Worthy of note, in 2011 and again in 2012 six of the products that had redemptions had less than 3% total in the product. So the total amount of redemptions that can be found in those products is incredibly low.

Now does this mean everything is perfect with the company’s redemption programs? Certainly not. There are a myriad of situations that can arise when you handle sending and receiving hundreds of thousands of cards from players all over the world throughout the year. We understand it can be frustrating waiting for your favorite athlete to sign and we will continue to put the pressure on our signers to get their cards back in an expeditious fashion. We also believe there is still room to get better at redemption fulfillment even though huge strides have been made. We felt inclined to share the company has made a drastic improvement however with regard to these programs and fans should expect to see more of that.

For reference, here is a list of the products going back to 2009 that packed out with zero autograph redemptions redeemable online.


This is all fine and dandy marketing speak. I will give UD some credit for improving the redemption process and the number of redemptions in products does appear to have been reduced. With that being said you can’t claim that redemptions are a necessary evil if you want to hit your insert ratio but then tell a collecter with an expired redemption card he is out of luck. Most of the redemptions are not “wildcards” or bonus hits but the auto or mem that is supposed to fulfill the published insert ratio. If 2010-11 spx hockey is supposed to have 299 copies of a tyler seguin jersey auto but a third of the cards aren’t redemeeded because the redemption is expired a mere two years after the product is released, UD Is now sitting on 99 tyler seguin auto stickers they will gladly use in another UD PRODUCT. Doesn’t sound like you mind creating “holes” in sets after all.

I have only UD products in my collection. I stopped buying that Panini nonesense after 2009 and if you see their items as of late, a laughing walk of shame. redemptions everywhere just to print more trash products. have you seen their NBA? wow…23 products of the same stuff.

UD has always produced quality. even if the player on the card was not great, there is a quality to what UD has done.

I intend to keep supporting UD.

i’m an avid UD collector but after seeing this posting, I have a lesser sense of satisfaction with this process. Case in point, I redeemed on UD’s site a 2011 Goodwin Michelle Wie autograph card. This was done back in late 2011 and there is still no update. Why is that? what’s taking so long? Why is Leaf able to put out Michelle Wie certified auto cards in their golf products yet UD still can’t fulfill these?

thanks and a little disappointed,
TU

We do not tell people with expired redemptions they are out of luck. We developed a program just for them and do our due diligence to let fans know when products are about to expire, just check this out: https://www.upperdeckblog.com/2012/09/upper-deck-announces-a-program-to-assist-collectors-with-select-expired-autograph-redemption-cards/

Thanks for the kinds words. You are definitely the type of collector we are working to please!

As I shared, there are a myriad of situations that can arise with redemption programs. This particular one was a case where we were trying to add additional value to a product by working with an athlete we had not worked with prior. Negotiating a deal was very difficult and when we had an approved image, we commissioned an artist to paint it for the Goodwin set. When they received the cards her representatives would not approve the artwork. So we went back to the drawing board (literally) and had another photo approved, another painting commissioned and another batch of cards done. Same thing happened where they would not approve them. So now we are doing something we have never done to get this situation resolved and actually having the cards reprinted with a photo they approved instead of a painting. Those will be done in a couple months and we are hopeful she will sign at that point, but it has been a long difficult road to this point with lots of extra costs we have absorbed. Should you not wish to wait any longer, we can absolutely replace the card, but you should know we are still working to get them done.

Also, this was another case where we anticipated there may be issues and pulled a lot of the redemption content for her out of the product. Ultimately we produced less and made less money at the time, but it was worth it to avoid having more customers go through this long wait. We apologize for the delays and want to reassure you we are working to get this done.

I have been waiting on this card for quite some time now:

Since this set came out, many other Landeskog autographed cards have come out (including Cup cards). Will the Ultimate card be made?

We are pleased we are making strides to improving this process. Our customers have shared they don’t like it so we felt inclined to put a lot of effort to improve it. We think it is important to share with fans what we are doing so they know we are listening.

Another interesting situation. The Cup cards and the Ultimate cards were mailed to him at the same time. He only had time to sign one group before he left for Europe so we asked for him to do the Cup cards to prevent more redemptions in packs, hoping to secure a session with him while he was away. That didn’t happen unfortunately, but we are working on a signing session with him very shortly where these should be completed. We appreciate your patience!


I have a problem, my son bought a pack of your basketball cards but instead of getting a autograph he got a redemption card ,my son wanted to buy a couple of packs of your 2012 SP card, but the sale person ended up selling him a pack of 2007 trilo3y, which was very wrong of that person to take a vantage of a 10 year old. so when he got home he ask me to redeem the redemption card he got ( he had scratch off the card for the code already)so when I tried , the code would not work. what can we do for my son to get the redemption card he got redeemed? please let us know what we can do about this.


HI Chris,
It’s been a year later since you’ve responded to my comment in this article (see #6). My concern now is with the 2014 SP Golf product now out and with Michelle WIe auto inserts, when will the Goodwin Auto Redemption ever be fulfilled? Based on your comment it seemed to be soon.