Just as the 2011 professional baseball season readies itself for its annual Mid-Summer Classic later this month, the Upper Deck Company is excited to release its second baseball-themed trading card set of the year: 2011 Goodwin Champions! The 231-card regular set features an impressive array of baseball legends and prospects plus memorable champions and standouts from many other sports as well! 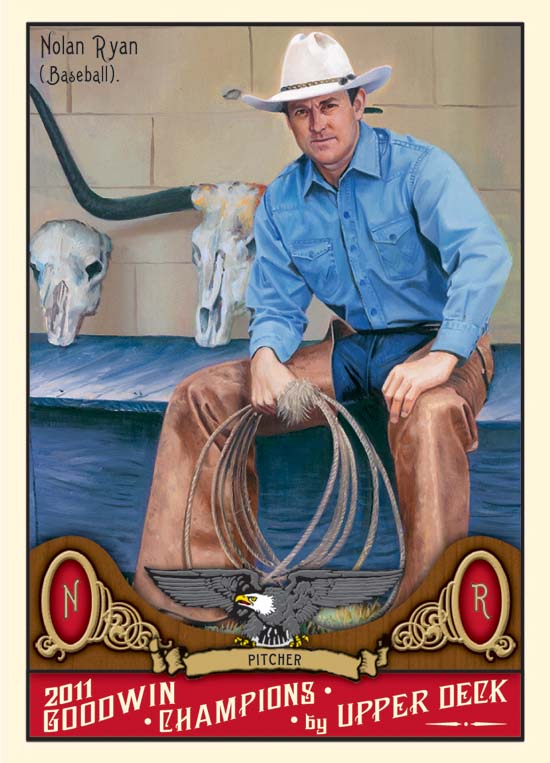 NOTHING BASE ABOUT IT: Nolan Ryan is part of the 231-card regular set. 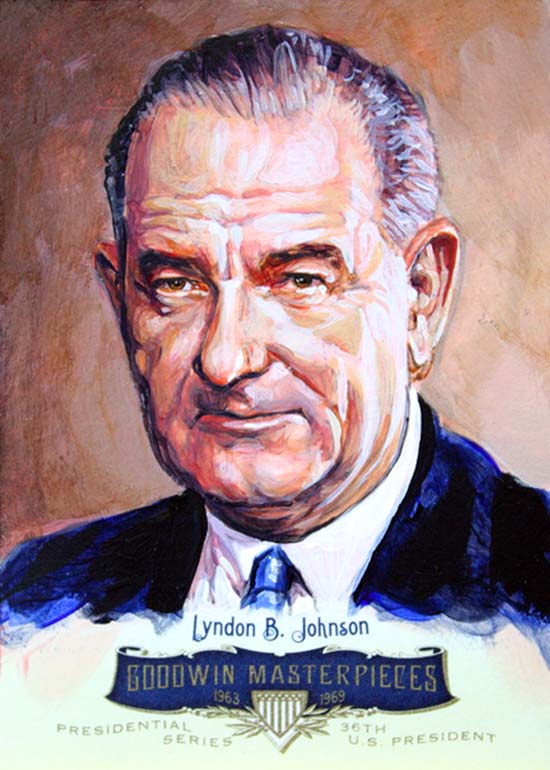 LBJ: Each of the Commanders-in-Chief have a total of 10 hand-painted "Presidential Masterpieces" cards in the set. 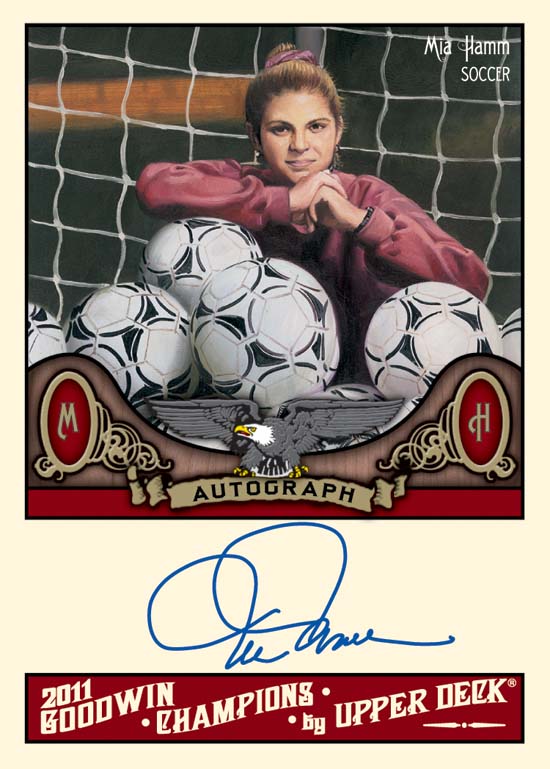 The base set alone features 150 regular cards, 40 short prints, 20 super short prints, and 21 high series minis short prints. A brand new element to this year’s release is an impressive array of hand-painted “Goodwin Masterpieces Presidential Series” cards showcasing all 43 U.S. Presidents. Each President has a total of 10 hand-painted cards which allows collectors the opportunity to build a full set. Another new addition to the 2011 version is an insert collection entitled “Museum Collections Relics” which includes extraordinary rarities from historical icons like Abraham Lincoln, Annie Oakley, Napoleon, The White House and even the Spirit of St. Louis! 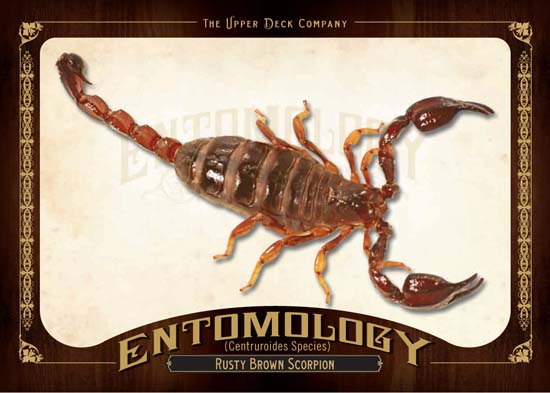 WATCH OUT: The Entomology lineup includes this interesting delivery of a rusty brown scorpion!

The key elements (and seeding ratios) within 2011 Goodwin Champions are as follows:

This 84-card set is broken into six distinct tiers of scarcity as follows:

This 51-card set is broken into four distinct groups of scarcity as follows:

This 11-card is broken into five distinct groups of scarcity as follows:

The checklist for this ground-breaking 100-card set is structured upon the actual endangered species status of each animal provided on the back of the card (ranging from Least Concern to Extinct).

All nine cards from this compelling set are a challenge to track down, but there are four distinct groups of scarcity to note as follows:


Is there a list of all the Entomology subjects and the odds of pulling an entomology redemption?


2010 Goodwin Champions was a huge success in my store. 2011 looks to be even better. Love the checklist content.


Any idea when the Entomology items will ship? Based on the video, it sounded like they’d be ready to go when the product dropped. Just curious if that is still accurate.