The popular phrase “Ask, and you shall receive”, holds new meaning to popular pro golfer, Bubba Watson.  About a week ago, we received a tweet from Bubba to our @UpperDeckSports twitter account, saying “I wish I had my own trading card!!”   A few hours later, he proceeded to rally support from his followers and fans by tweeting “Bubba needs his own golf cards! Please RT!!”  Hours later, our account was flooded with supporters of Bubba as well as our collectors that wanted to see his plea come to fruition.

Here are a few tweets we received in response to Bubba’s request for us to make him his own golf trading card:

@UpperDeckSports The only way @bubbawatson should get his own card is if I get one so that I can have him sign it, then I say GO FOR IT!

@upperdecksports Of course! Are u kidding? @bubbawatson totally deserves his own card! Or CARDS. I would love to have one signed by him. 🙂

@bubbawatson. Having a card is cool, @UpperDeckSports but donating the proceeds of the “Bubba” card to charity is even cooler! –

@UpperDeckSports Please give Bubba his card and shut him up. 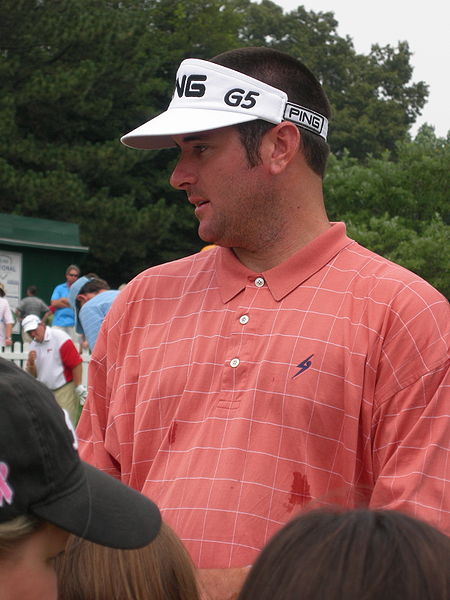 Since these tweets have started to pour in, we have worked with our Creative department to start drumming up some ideas.  According to Bubba, “I want my trading card to be something that hasn’t been done before!”. Since our preliminary conversations with the golfer were all within 140 characters, there is still a lot of planning to do.  Stay tuned for more information and for sneak peeks into the card design and distribution of Bubba Watson’s very own trading card!  Oh, and rumor has it that he may autograph some cards and give them away to twitter followers of @UpperDeckSports and @bubbawatson.  What are you waiting for?


Get him in his full backswing in the photo, or have the ball say “ouch” in a little bubble. Both appropriate. Go Bubba!


I’ve been trying to have a promotion like this done for years. Have it be a chase card where if you find it, Bubba will come play your course. The guy hits it 340. He would tear up your local muni. It would have to be subject to rules and scheduling in the offseason etc. I would love to see UD have chase cards for experiences. If Jeter wants to have you in for batting practice one day, great. But the “golfer playing your course” promotion is such a great fantasy that I think people would eat it up. The course I usually play is 6400 yards from the back. Bubba would drive 3 or 4 par 4’s. It would be awesome!


Lime Green and Pink, make it Bubba style. Make it unique, real electric, i say backswing for sure or impact. I would buy hundreds of those.