Once a year, the Augusta National Golf Club graces us, the fans, with one of the most prestigious golf tournaments on the Tour; The Masters. Throughout the storied history, 48 individuals have earned the title of champion. Big time players create big time moments in big time tournaments.

What better way to relive iconic Masters moments than dipping into history and collecting all the previous years’ champions?

Trading cards and signed memorabilia have long been one of the most sought-after collectible items, especially with sports collectors and golf gurus. This isn’t trading scorecards, although some might fancy that idea. Sure trading cards existed prior to 2001 when Upper Deck got into the golf market, but their structure wasn’t in the same ballpark as the ones today. The evolution and overall transformation for the better of the card and collectibles industry is evident. It is the culmination of innovation, stunning imagery, quality craftsmanship and much more that make these collectibles so high in demand. Pin the coveted green jacket over the golfer’s shoulders and both the demand and the value of the collectibles are only magnified. 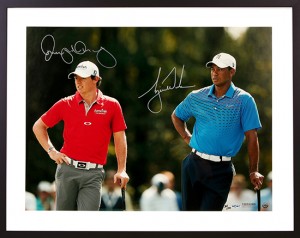 After the highly anticipated 2014 release of Upper Deck Exquisite Golf, we noticed more and more golf fans are picking up packs of Upper Deck golf and enjoying the hobby of collecting their favorite players. As we head into the first Major event of the year, there are many new faces in the field to take note of.

We are all too familiar with McIlroy’s 54-hole lead turned epic collapse in 2011, but he hasn’t let it haunt him. At just 25-years-old, McIlroy is already the owner of a U.S. Open, British Open and two PGA Championship titles. Look for Rory to be near the top of the leaderboard Sunday and bring home the green jacket. With a Masters win Rory will certainly have something to celebrate! 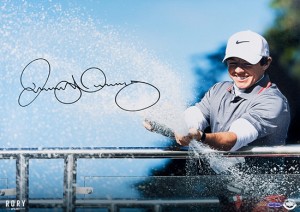 Taking two of the last three green jackets is something to hang your hat on. Entering this year’s Master’s as the defending champion, Bubba is looking to add a little more closet space and become the fourth person ever to repeat at Augusta. Look for Watson so be in the mix late Sunday afternoon. 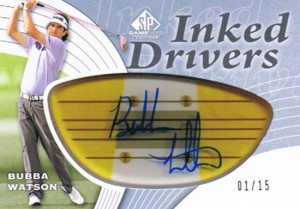 Looking to bounce back after missing the cut last year, the well-rested Johnson is in the zone right now. Since coming back from his personal departure from the tour last year, he has been making his presence felt—D.J. 2.0 if you will. When the lights are bright, Johnson has proven he is a threat to the field. 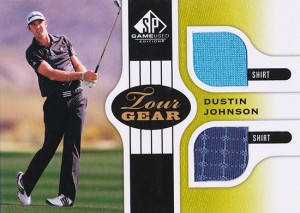 Despite missing his first cut at the Master’s since 1997, Phil has won three times in the last decade. That alone should be a reason why he is a strong candidate to be sitting atop the leaderboard late Sunday afternoon. 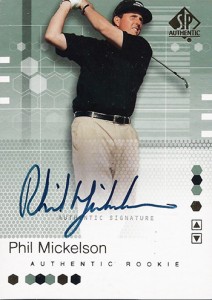 He’s a seasoned veteran who has proven he can handle the pressure. Scott has reverted back to his 2013 version with the broomstick putter, which helped earn him a spot in Master’s history. No Stevie Williams, no problem? Be sure not to overlook the new-look Aussie. 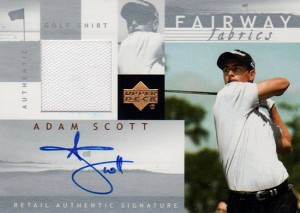 Tiger is making his much-anticipated return since he withdrew from the Farmer’s Open in early February. Since his absence, a new face has surged to the top of the Tour– Rory McIlroy. For the first time since 1996, Tiger Woods is sitting in unfamiliar territory, as he isn’t listed in the top-100 Official world Golf Rankings. Woods has not been on the outside looking in since Sept. 29, 1996, when he was ranked No. 225 and had only been a professional for one month. Tiger will be making his 20th Master’s appearance where he has yet to miss a cut. Can he silence his critics? Never bet against Tiger Woods in his “Sunday Red!” 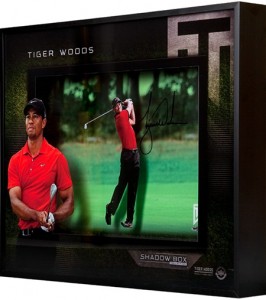 Although Upper Deck does work closely with many of the game’s legendary players and past champions, fan focus is clearly on today’s players. The tournament is anyone’s to win. And as a fan, it is exciting to be able to invest in your passion. Collect them all!