Undefeated, But for How Long?

After seven weeks of what has already been an exciting NFL season, three undefeated teams remain: the Indianapolis Colts, the New Orleans Saints, and the Denver Broncos. The Saints expected these results when they first acquired Drew Brees. The Broncos, however, didn’t expect these results for at least a season. The Colts have been there and done that several times throughout the Peyton Manning era. In any event, the fact is that these teams have accomplished their goals up to this point, even though they’ve done it in different ways.

The 6-0 Saints boast the most efficient offense in the NFL, and it all starts with Drew Brees’ arm. He is third in passer rating, fourth in touchdowns, and seventh in passing yards. As a team, the Saints are fourth in total offense and lead the NFL in offense by almost 10 points per game. Without a doubt, Brees is having an MVP season, and this is exactly what the Saints envisioned when they acquired him in 2006. There have been very few shortcomings on offense ever since the quarterback arrived. And unlike past Saints teams, this 2009 version has added an aggressive defense to match their acclaimed offense. The Saints went from being ranked 23rd overall in total defense in 2008 to eighth this year.  With a defense that can equally hold its own on the football field, the Saints are definitely a team that is headed in the right direction.

The Saints had sort of a close call this past Sunday when they traveled to Miami to take on the Dolphins. They uncharacteristically fell to a 21-point deficit, the biggest they have faced all season. Yet, the Saints proved that they could win another way. We’ve seen the many different ways this team was capable of winning in the past: it’s no secret that they can do it with offense, as they did in the first game of the season when Brees torched the Detroit Lions for six touchdowns. We have seen them win with defense, as they did against the New York Giants where they forced them into two crucial turnovers. This past week, we saw that the Saints have the ability to fall behind, and depend on the arm of their clutch Pro Bowl quarterback to win the game for them . . . even when he doesn’t live up to expectations to start a game. The NFL’s leading passer inked his worst game of the season to date, throwing three interceptions, losing a fumble, and taking five sacks. However, Brees performed when it mattered, leading his team to touchdown drives of 82, 79, and 60 on successive possessions in the second half. The Saints outscored the Dolphins 22-0 in the 4th quarter to capture their sixth straight victory of the season. Looking ahead at their schedule, their next significant game comes Week 12 against the New England Patriots. Yes, we have to wait four more weeks in order to tell if this Saints team is for real. 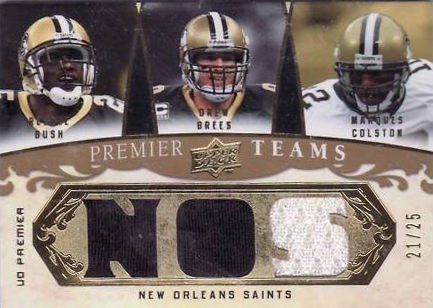 If you have been reading my other posts, then you know that the Broncos are well-chronicled on our website. Why? Because they are, by far, the biggest surprise of the year. Nobody expected them to be undefeated this far into the season. But the real test for the Broncos is yet to come. They still have two games remaining against the horrid Kansas City Chiefs, and one game against the Oakland Raiders. Would anyone kill me if I already penciled in three more victories for them? I doubt it. However, the rest of their non-divisional games are against some of the best teams in the NFL, who are also fighting for playoff positioning. The Broncos have a daunting schedule going forward, starting next week with the Baltimore Ravens. After the Ravens, they still have to face the Pittsburgh Steelers, Giants, Indianapolis Colts, and Philadelphia Eagles. We will see what the Broncos are made of after their next two games.

The Colts are the third and final undefeated team in the NFL. To be honest, I completely expected this from a veteran team. Many would argue they have the best quarterback in the league in Peyton Manning. Before the season started, I predicted the Colts would start off 8-0. I didn’t even consider that to be going out on a limb, especially once you looked at their first eight games on the schedule. Their first true test will be against the Patriots in Week 10. Circle this one on your calendar because it will be a game for the ages; that is, if the Colts remain focused on a week-by-week basis, and don’t overlook any teams in-between (such as their division rival Houston Texans in Week 9).


Very well put together article. I especially agree with what you wrote about how others view Peyton Manning. I just had a discussion with a few friends on who they would want as a quarterback if they owned a team. Shockingly, I was the only person who said Peyton. The quarterback all the others wanted was Tom Brady. There was not even a mention of Drew Brees. Thanks for the insight! I will be looking forward toward your future articles.


You are very correct in your analysis of the undefeated teams in your article.Which of the teams you think that might be likely be 16-0 at the end of the season?. The Colts has N/E as their toughest game at home, but the rest are winnable. The patriot has the Colts (away), Miami (away),and New Orleans ( away) which make it difficult for them to be undefeated.
The Denver Broncos might not even make the playoff to say the least. I can tell you now that the Colts will be the only undefeated team in NFL 2009.
What do you think ? I’m out.
Steve