The 3-0 Broncos, Contenders or Pretenders?

The long-awaited NFL season is underway, and as of today, seven of the eight divisions are home to an undefeated team. Most of these results were expected by experts heading into the year, with a few shockers. Of the seven undefeated teams, the Giants, Vikings, Saints, Ravens, and Colts were expected to get off to fast starts- so their performance isn’t a huge surprise.

The most intriguing division so far is the AFC West. Most people would have guessed that the San Diego Chargers would be the undefeated team up to this point, but thanks to a tough game against the Ravens, that’s not the case. Meanwhile, the Denver Broncos have gotten off to the same 3-0 start that they endured last year. Are they serious contenders, or simply repeat victims of the NFL schedule-making process?

To restate it: the Broncos are 3-0. Wow! I guess this would be something to talk about if they hadn’t started the same exact way last season. Let’s evaluate their wins and determine whether they are truly contenders in an AFC West division that has been dominated by the San Diego Chargers for the last five years.

The Broncos’ first game was against the Cincinnati Bengals. Yes, the same Bengals that won a total of four games last season. Not to take anything away from the Bengals because they have looked really good this year, but they should never have lost to the Broncos. Denver won that game on a fluke play that featured Kyle Orton forcing the ball to a double-covered Brandon Marshall. The defender deflected the pass and Brandon Stokley happened to be in the right place at the right time, catching the ball off of a tip and taking it 86 yards for a touchdown as time expired. Even though this would make an excellent Hollywood story, every football fan knows that their first win was complete luck.

The Broncos played their second game against the Cleveland Browns. The Browns are arguably one of the worst teams in the league, having scored one offensive touchdown all season. The Browns are obviously not going to the Super Bowl this year or anytime soon, so this win was sort of a gimmick. Cleveland has a new coach, essentially a rookie starting QB (who has since been benched), and a bunch of new guys on defense. If the Broncos didn’t win this game, Bronco Nation would have had to re-evaluate their own coaching decision just two games into the season! 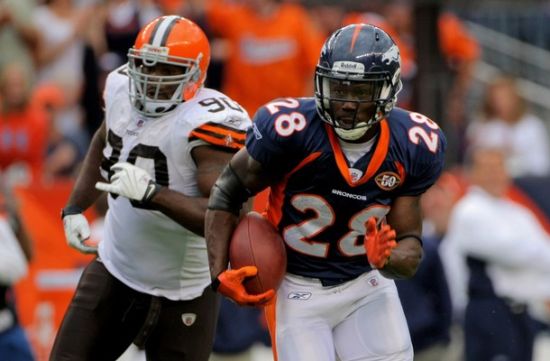 Their third game was against the Oakland Raiders . . . that should be enough said. The Raiders have been the worst team in the NFL since their Super Bowl run in 2002. This year is no different. Their QB still looks like a rookie whom coaches say “is digressing,” they spent their first round draft pick on a wide receiver who is currently not producing, and their owner still believes that he is the Owner/GM/Coach. On top of all this, the Broncos and Raiders have been AFC West rivals since its origination. So, the Broncos could have won that game regardless of who they put on the field. 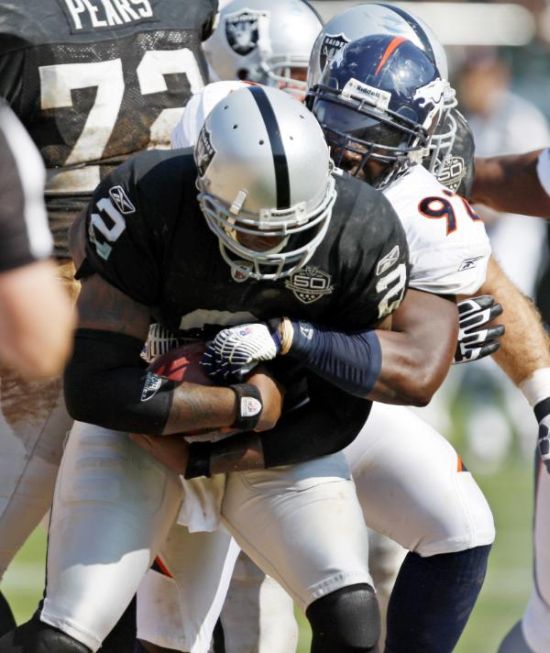 So, do these three wins make the Broncos contenders? To make the argument for them, one can say that they’ve already won three games, and apparently all you need is eight games to come out the AFC West (i.e. Chargers last season). Five more wins seems fathomable to Broncos fans. The problem is that they only see the Raiders one more time and the Chiefs twice more. Theoretically, those should be another three wins for them, which would bring their win total to six.

Unfortunately, eight of their ten other games remaining are against playoff teams from last year. If they are going to get to 8-8, they would have to beat the two non-playoff teams from last year, the Cowboys and the Redskins. Judging from the fact that they started this exact same way last year, have a new coach who ran one Pro Bowler out of town (and looks to be working on his second), a new QB who is unable to stretch the field, a plethora of running backs who all have the exact same skill set (not to mention a porous defense), I am comfortable with concluding that this year for the Broncos will end as last year’s did, in dramatic turmoil.

Undefeated, But for How Long? | Upper Deck Blog


[…] If you have been reading my other posts, then you know that the Broncos are well-chronicled on our website. Why? Because they are, by far, the biggest surprise of the year. Nobody expected them to be undefeated this far into the season. But the real test for the Broncos is yet to come. They still have two games remaining against the horrid Kansas City Chiefs, and one game against the Oakland Raiders. Would anyone kill me if I already penciled in three more victories for them? I doubt it. However, the rest of their non-divisional games are against some of the best teams in the NFL, who are also fighting for playoff positioning. The Broncos have a daunting schedule going forward, starting next week with the Baltimore Ravens. After the Ravens, they still have to face the Pittsburgh Steelers, Giants, Indianapolis Colts, and Philadelphia Eagles. We will see what the Broncos are made of after their next two games. […]