With this year’s draft quickly approaching, take a look at some of the top prospects and notable alums of USA Football who have trading cards on Upper Deck e-Pack and are hoping have their name called this week: 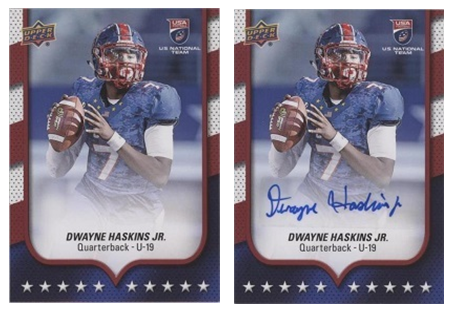 The versatile wide receiver out of Athens, Georgia has turned heads this year with his blazing speed and natural athletic ability. This past season, Hardman recorded 35 receptions, 543 receiving yards, and 7 touchdowns. Hardman also returned 16 punts for 321 yards, averaging just over 20 yards per return. 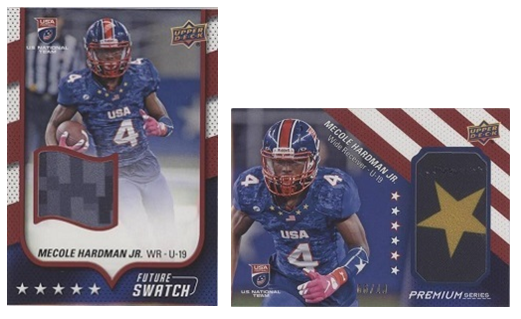 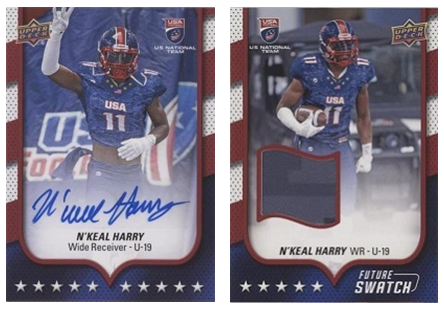 The explosive and athletic linebacker finished his career in Gainesville with 161 career tackles and 14 tackles for loss over the course of 3 years.  In his final season in Florida, his athletic prowess was on full display as he led the team with 93 tackles and recorded 4 sacks in 13 games played. 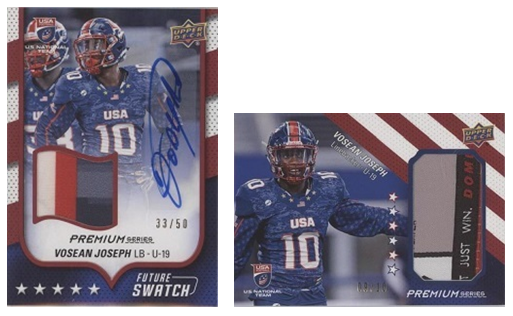 Head to the STORE to pick up your packs of USA Football today!