Jay Mariotti Is Wrong About the Pirates

Sigh. I really try to avoid silly things like feuding with other writers. It’s been done to death, and doesn’t accomplish much. When I came in this morning, I figured I’d write up a final piece on how the trade deadline went Friday. Got my tea, booted up my computer . . . and Jay Mariotti had to go and ruin my Monday morning with a piece that came across my Twitter, and left me shaking my head. Now, plenty has been written about Mr. Mariotti over the last few years: specifically, his propensity for hating on blogging as a medium on principle, getting appropriate hate directed back at him as a result, and being on bad terms with respected co-workers. And when I Google searched this, I even found a website called www.jaythejoke.com, which looks to be written by Chicago sports fans, and not too kind towards Mr. Mariotti. But for the purpose of this post, let’s just focus on his article about the Pirates from yesterday.

First, I will of course agree that what Pirates fans have been put through for nearly two decades is unforgivable. No fan base should be subjected to the poor management and level of play produced by the team since Bonds and Bonilla era ended. Pittsburgh is a great sports city, the Pirates have a storied history, and the team’s fans deserve much better. They also have a gem of a ballpark, which hasn’t resulted in a significant payroll increase. Mr. Mariotti has this right, for sure: it’s a shame when a mid-market team uses tax dollars to build a new stadium, and doesn’t invest in making the team better.

That being said, there tends to be a strong perception, especially among old school columnists cut from the same cloth as Mariotti, which says that you’re supposed to hold onto all the good players that come through your team, no matter the cost or their age. These are the same writers who criticize Billy Beane’s management of the Oakland Athletics, citing that if he really did care about winning, he would have held onto the likes of Miguel Tejada, Jason Giambi (the first time around), Mark Mulder and Barry Zito.

But do you see a common theme with those names? All got paid huge sums of money once they left Oakland, and none of them ever played at the same level.

Here are some simple rules writers like this need to keep in mind when providing this kind of analysis:

This isn’t the hardest concept to understand, yet Jay Mariotti and his ilk seem to think that trading a player like Jack Wilson, Freddy Sanchez or Nate McClouth is a “cheap” move, which will contribute to the continued poor performance of the Pirates. But it’s actually the opposite: the Pirates now finally seem to have a plan. After years of head scratching moves like bringing on past-his-prime veteran Matt Morris in a trade (for $10 million, mind you), they’re focused on the future. 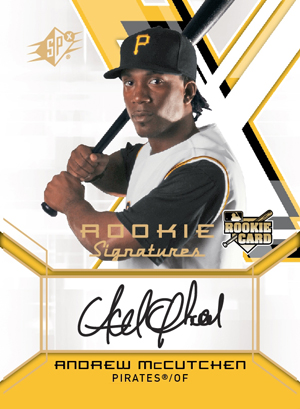 Yes, Wilson, Sanchez and McClouth are good players, but they were getting older, and their contracts were going to run out. Considering that the Pirates are a few years away from contending, there was little to no chance that these players would be on a winning Pittsburgh team. So logically, it makes sense to trade them now, while they are still relatively young and have a few years left in the tank. Give them to teams who have a need for the player, and get back tons of fresh prospects with no major league time on their “free agent clock”, and rebuild.

What is Mariotti suggesting the Pirates do instead? Jack Wilson’s contract ran through the end of this season, with a 2010 club option for $8.4 million. Does he think the Pirates should have kept Wilson on the team, and exercised that option? What then, after the season ends? Does he think they should have given Wilson a multi-year extension at age 32, so they could keep him on the team through say, age 35 or 36? None of these options make much sense, except for the one where you trade him for younger players, and look towards the future.

Mariotti uses the same argument to speak negatively towards the Cleveland Indians, noting that they’ve traded C.C. Sabathia and Cliff Lee in the past two seasons. But the Indians were out of contention last year, and knew there was no way they could match the big money offer Sabathia was going to receive. So they did the smart thing and traded him for hitting prospect Matt LaPorta, who they’ll have for years to come. 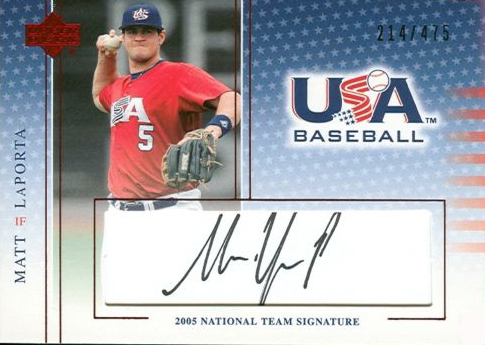 What would Mariotti prefer the Indians do in this situation? They couldn’t keep Sabathia, because they don’t have the payroll of the Yankees. Is he advocating that they should have held onto him “for funsies”, watch him head to the Bronx in the winter, and collect their draft picks: a move that was highly unlikely to produce value equal to LaPorta? Contrary to what Mariotti says, that is the most irresponsible thing you can do to your fan base.

These are the things a team without a $100 million payroll needs to do in order to remain competitive. You can’t expect your veteran players to stick around, nor should you want their later years for an inflated price in the first place: leave that to the big market teams like the Yankees, Mets, Cubs, Red Sox and Dodgers. You need to scout well, draft well, trade veterans when necessary, and sign your key young players to extensions, much like the Red Sox did with Dustin Pedroia, and the Twins did with Justin Morneau.

Which, by the way, is almost certainly what the Pirates will do with Andrew McCutchen. He is a franchise player, and Neal Huntington knows it. For Mariotti to speculate the impending trade is irresponsible: McCutchen is only 22, and has his best years ahead of him. When those years come, Jack Wilson and Freddy Sanchez will be in their mid-30s, with their best years behind them. Meanwhile, some of the prospects they were traded for will just be coming into their own.

Is there a guarantee these prospects will develop into solid players? Absolutely not: that’s up to the quality and talent of Pittsburgh’s scouting department. One thing that is essentially guaranteed though, is that this 2009 team will have a losing record regardless of whether or not Jack Wilson and Freddy Sanchez are on it.


Is Jay Mariotti ever right about anything?


The Pirates have become the laughing stock of the MLB. Every time they produce a decent player, the management decides to trade them away for prospects. We might as well be a farm system for all clubs, especially the Red Sox. We’ve given them some very good players that has bloomed into stars or potential stars. Thanks for a laugh Pirates.


While the Pirates have certainly set new lows for running a franchise, the current owners and GM are not responsible for that. They inherited no farm system to speak of, a horrible mix of players and a plan that must have been written in crayon by an inmate. They now, at least, have a plan and they are following it. That alone should buy them the time they need to right this ship.

PS: Thanks for the shout out Toby!