We’re only two days away from the MLB trade deadline, and the divide between buyers and sellers has become very clear. A few weeks back, I went over my list of sellers at the deadline for both the National and American Leagues, and those teams are still in the same position. However, there’s one major element to this current market that I didn’t foresee; I had predicted that we would see very little action due to the economic climate, and that teams would be unwilling to take on payroll. This is still the case, but it’s actually created more action and rumors: teams that want to trade for big ticket players are looking to unload other players to clear money first, which is creating a domino effect of trade rumors throughout the league. While I don’t expect much of this to materialize, it does create a heavy feeling of excitement for any fan of a contending team right now. The possibilities are seemingly endless.

Here’s a look at the major players up for grabs over the next two days: 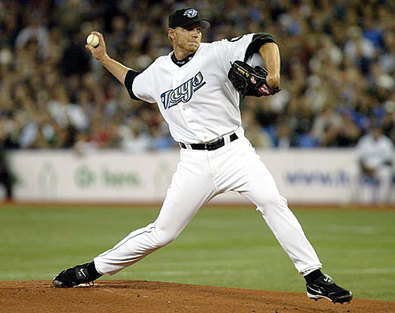 For the last few weeks, Roy has been the focal point for speculation, and for good reason: he’s one of the best pitchers in the league, and would be a difference maker not just during the regular season, but in the playoffs too. Cliff Lee is coming off a Cy Young year with yet another fine season, and would be an ace for any team as well. Teams that are looking to trade for Halladay are looking at Lee as both leverage and Plan B.

The Phillies still look to be the front runners for Halladay, but Cliff Lee rumors have ramped up in the last day or so. It would be shocking if they didn’t obtain either player: they have the prospects to make it happen, and getting an ace pitcher would go a long way towards a repeat. Not to mention that after the last few weeks of rumors, if the Phillies don’t pick up an ace pitcher, new GM Ruben Amaro Jr. will feel the wrath of Philadelphia fans and the local sports media after setting such high expectations.

The Dodgers have also been linked to both players, though unlike the Phillies, they would probably need to give up a player on their major league roster, like Clayton Kershaw or Chad Billingsley: unlikely to happen. Down the road, the Angels are also looking into both pitchers, but would also need to draw from their 25 man roster to make a deal happen.

The dark horse in this trade, and pretty much every other one, is the Red Sox. Not like they need the help, but they have the prospects to offer (headed by Clay Buccholz), and payroll to spare. Their rotation is crazy good as is, but add Lee or Halladay, and suddenly it looks even better. As for the rival Yankees, it seems that Brian Cashman doesn’t have much of a decision to make after all: the Jays are reportedly asking for both Hughes and Chamberlain, which is a price too steep to pay.

Finally, the Rangers are showing interest in obtaining an ace as well, now that they’re a short distance away from a playoff birth for the first time in years. It sounds like they may need to clear payroll space before making such a deal, which has added to that domino effect I previously mentioned: this means players like Hank Blalock and Vincente Padilla could go on the market, though neither is terribly appealing for the money they’re being paid. I doubt they’ll be able to move either player.

Speaking of domino effect, Kazmir is a perfect example of what happens when a team wants to make a big trade, and has to make yet another big trade first. The Rays are interested in Victor Martinez and Cliff Lee, and have plenty of prospects to deal to obtain them. But with a very limited payroll, they’d need to clear a contract first, and Kazmir would be the best guy to send off: despite having a poor year so far, he’s still young with a track record, and owed $22.5 million over the next two years, with a club option. A pretty good deal for most teams, but a financial roadblock for the Rays.

The Rays are so eager to make a deal that they’ve even been rumored to have Carlos Pena and Carl Crawford available, two other guys who would be moved more for payroll flexibility than anything else- though I sincerely doubt that either would be moved, especially Crawford. 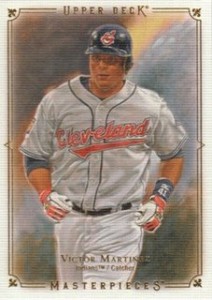 Any speculation regarding what the Indians might do at the deadline has been resolved: they’re looking to clear payroll, and it seems that V-Mart, along with Cliff Lee, will be seeing their final days in an Indians uniform. The Red Sox seem like the most compatible team here: even after trading for Adam LaRoche, they could probably use another bat, and would have Martinez at catcher for 2010 as well. As beloved as Varitek is, he’s getting up there in age, and I can’t see the Sox relying on him at age 38 to be their everyday catcher. The Rays would be the other team involved here, as Dioner Navarro is having a very poor season: if enough payroll could be cleared, they could make a blockbuster trade for both Martinez and Lee, though this may not be the best move when you’re four games out of the Wild Card.

If you don’t want to trade the farm for a shiny new Halladay or Lee, Washburn is a fine way to bolster your rotation. He’s no ace, but solid and reliable, and is having the best season of his career right now at age 34. Just like last year, he’s been rumored with the Yankees, though he’s also looking like a good option for the Brewers, and Plan C for the Phillies. With the Mariners officially in rebuilding mode, Washburn will definitely be wearing another uniform this weekend.

Yet another Plan C pitcher, who will be pursued by teams that don’t want to give up the farm, but want to add a reliable starter. Harang throws a ton of innings, and could potentially improve a lot away from Cincinnati’s bandbox of a ballpark.

A-Gone’s situation is a case where the business of baseball is likely to interfere with what’s best for the team. The Padres, to put it bluntly, are a mess. The major league roster is obviously in bad shape, and the farm system desperately needs an influx of prospects. Trading Gonzalez in the next 48 hours would net a king’s ransom in young players, but I’m sure ownership is concerned about the impact this would have on ticket sales, and local perception of the team. Casual fans are still stinging from the notorious 1993 fire sale, and a Gonzalez trade would probably be looked at by the general community more as a cheap ownership looking to slash payroll than a genuine effort to rebuild for the future.

That being said, the Padres will come in last place with or without Gonzalez, and should move him now to get the best return possible. The Red Sox, again, seem like the best candidate to trade for him if he becomes available: he fits their philosophy of on-base skills, power and defense like a glove, and the Padres would get back some of the most coveted young players in the game.

Yet another Padre asset that could be traded for prospects, but certainly a lighter haul than the one Gonzalez would bring. The Angels and Yankees have been connected to Bell, with the latter being fairly intriguing. If the Yankees were to get Bell (or a similar high leverage reliever/closer), they could slot him in the 8th before Mariano Rivera, push Hughes down to the 7th inning, and suddenly have one of the best end game bullpens in baseball. Not a bad idea, especially considering how critical a strong bullpen is to winning in the playoffs.

The next 48 hours will definitely be very interesting, especially for fans of teams that are in contention. Franchises will spend the next two days weighing the risks and rewards of making trades that benefit their present, or long-term future, and what they’ll need to sacrifice to get there.


Of course, things are accelerating even as I post this. Looks like Lee will probably be going to the Phillies in a matter of hours, which makes the Red Sox the frontrunners for Halladay, in my opinion.

Jay Mariotti Is Wrong About the Pirates | Upper Deck Blog


[…] accomplish much. When I came in this morning, I figured I’d write up a final piece on how the trade deadline went Friday. Got my tea, booted up my computer . . . and Jay Mariotti had to go and ruin my Monday […]