Legendary® 007: The Spy Who Loved Me Preview: Nobody Does It Better than Bond

The Spy Who Loved Me

A Soviet submarine has gone missing, forcing Bond to cross paths with Major Anya Amasova – aka agent Triple X! Both MI6 and the KGB are out to locate the missing sub, sending their top spies to the likes of Egypt and Sardinia in search of answers. Will their uneasy alliance be enough to unravel this mystery, overcome all odds, and stop a potential global nuclear war? 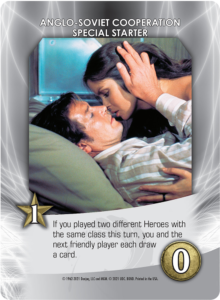 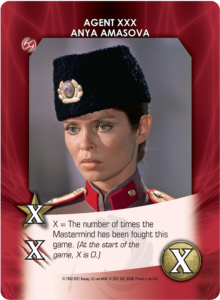 Such is the plot of The Spy Who Loved Me, the tenth James Bond film and third starring Roger Moore as 007. That story, as well as iconic scenes and chases both above and underwater, will be yours to play through in this latest Legendary expansion! Just like the movie, shipping magnate Karl Stromberg is behind the Schemes you’ll encounter, all from the comfort of his aquatic lair Atlantis. Out to start civilization anew beneath the sea, it’s up to players to play their cards right and overcome villains and missions he’s dispatched, all to sink his plans for good. 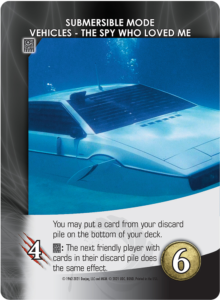 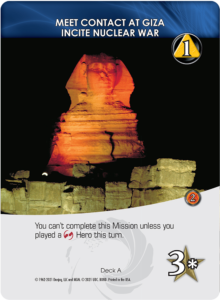 Nobody Does It Better

Named for the film’s theme song, Nobody Does It Better emphasizes Bond’s ability to adapt to any situation he may find himself in when on assignment, or the versatile nature of some of his equipment and vehicles. These cards have no class of their own, but when played you’re able to choose what class you’d like them to be! This makes them great cards to pick up no matter your deck build, as they’re able to trigger abilities as needed. 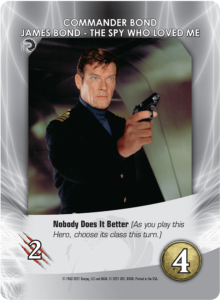 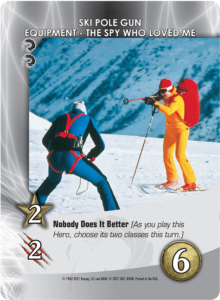 Best of all, some have multiple symbols, allowing you to name multiple classes. While you’re unable to choose the same class twice with the same card in this way, you can if you play multiple Nobody Does It Better cards in the same turn. These are some of my favorites to recruit and play, both for their ability to set up some fantastic hands and for how they capture the spirit of the character.

Legendary®: The Spy Who Loved Me – A James Bond Deck Building Game Expansion will be available April 20th. The Core Set and first expansion are both available now!

Hey there, we won’t have pre-orders of our own but it’ll be available on our store starting April 13th.