To unlock and purchase these packs, simply add any available hockey trading card product on e-Pack to your cart.* This week’s pack of 2019-20 Game Dated Moments cards will be available for purchase** in the Upper Deck e-Pack® Store until 10/25/2019 at 8:59 am (PST).

Carter Hart recorded his first career shutout and etched his name in the Philadelphia Flyers’ record books when he became the youngest goaltender in franchise history to do so, leading his team to a 4 – 0 victory over the New Jersey Devils. 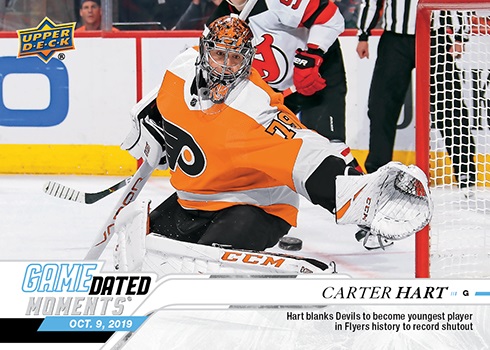 On the night of the Vancouver Canucks home opener, rookie defenseman Quinn Hughes delighted the crowd with his first career NHL goal just 5:26 into the first period. Hughes later added an assist to contribute to the Canucks 8-2 victory over the Los Angeles Kings. 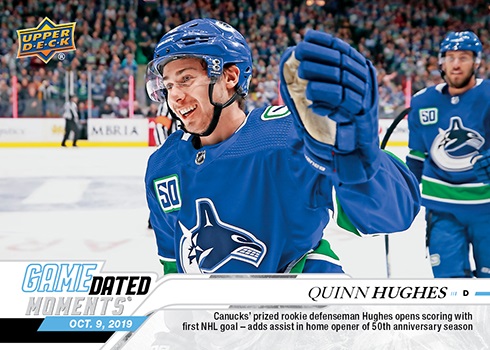 The second overall selection in the 2019 NHL Entry Draft notched his first career goal against the Edmonton Oilers, and the only goal of the game for the Blueshirts, becoming the eighth player in New York Rangers history to score a goal at 18 years old or younger. 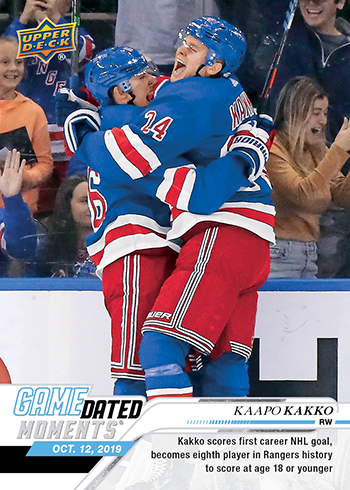 Head to the e-Pack STORE to get your packs now!