Rookies on the Radar: Sam Bennett of the Calgary Flames

The 2015-16 NHL® Rookie Class is not just about Connor McDavid. Many believe this is one of the deepest rookie classes in decades. Sam Bennett of the Calgary Flames is one key rookie made his debut late last season, but he appeared so late that he became a carryover rookie. The good news there is that there were rookie cards of him immediately at the start of the season in early Upper Deck products like MVP, O-Pee-Chee and Artifacts. 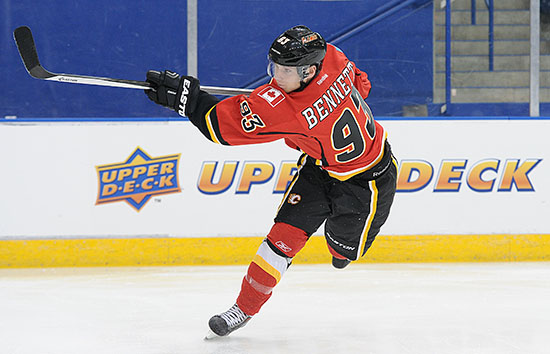 Sam Bennett has become a HUGE addition to the Calgary Flames and is one of the most highly touted rookies this season.

Here are some reasons why you want to take notice of this young star with the Flames:

Check out some of the cards you’ll want to hunt for of Sam Bennett now! 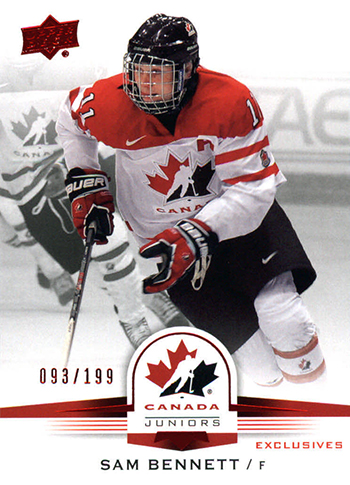 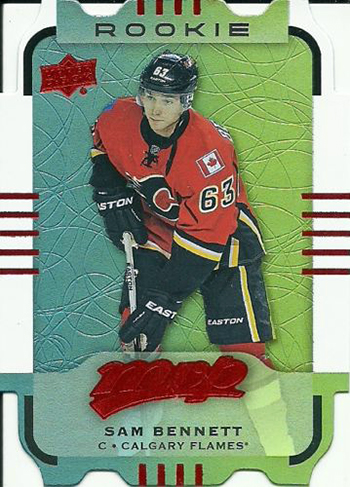 His first rookie cards appeared in 2015-16 Upper Deck MVP which released over the summer. 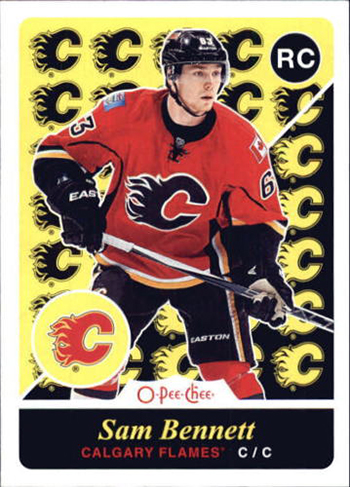 Bennett also has rookie content in O-Pee-Chee. His Marquee Rookie is the key card to pick up there, but this retro rookie really pops! 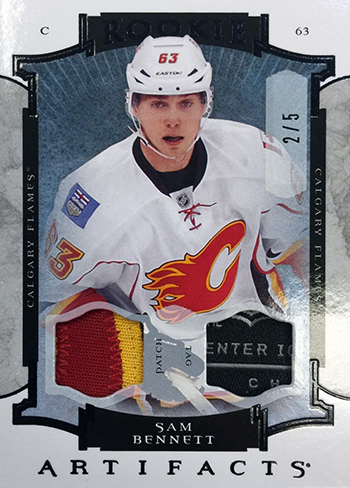 In 2015-16 Upper Deck Artifacts we began to see memorabilia and autograph cards for Bennett. 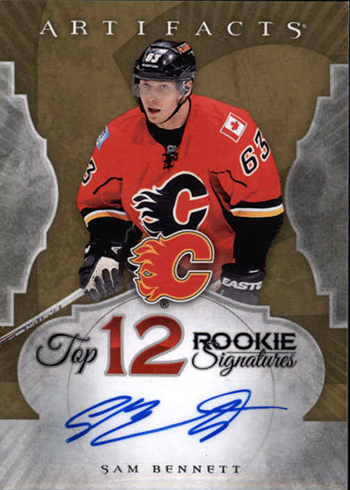 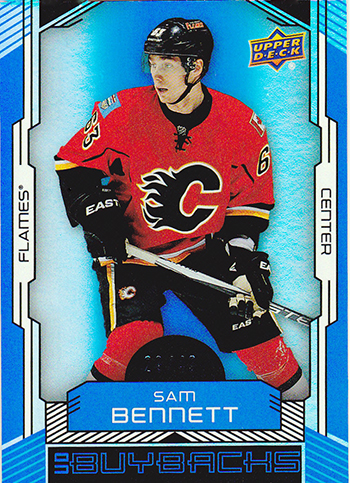 Bennett had rookie content in the UD Buybacks product as well. 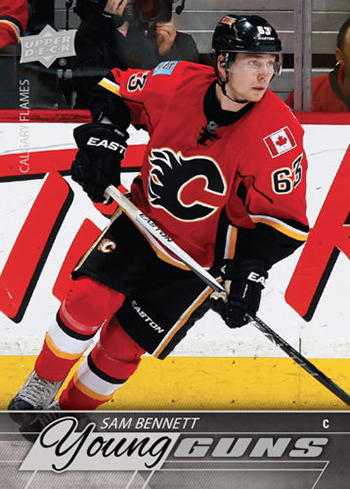 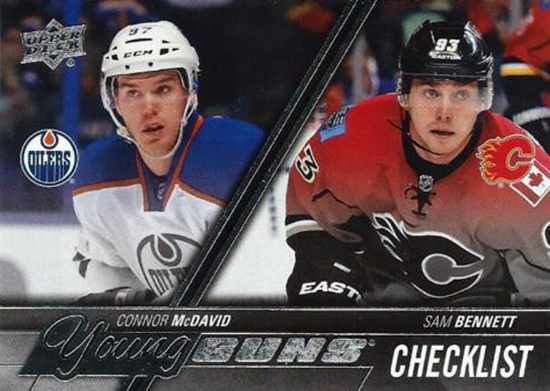 So highly thought of was Bennett, he appeared with Connor McDavid on the Young Guns checklist card in Upper Deck Series One. 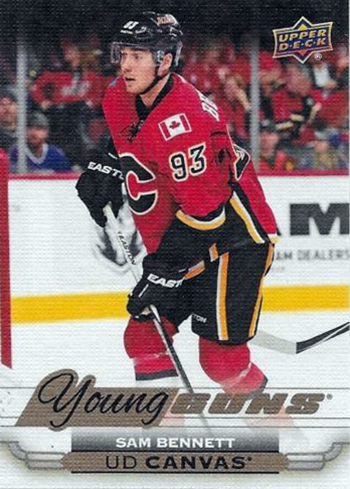 A tougher pull, Bennett’s Young Guns Canvas card is a big draw with collectors as well. 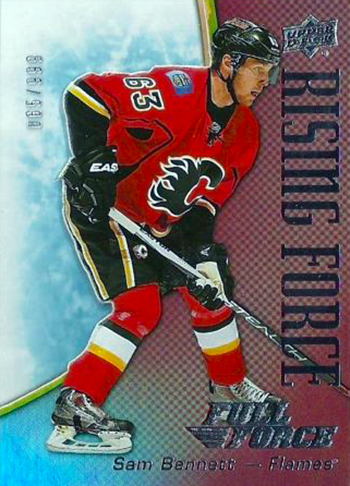 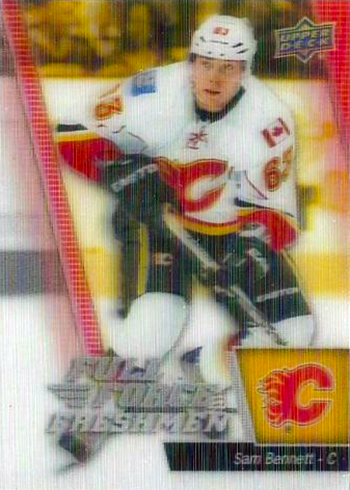 One of the more unique cards in the Full Force set were the 3-D rookie cards in the set which you really need to see in person to appreciate. 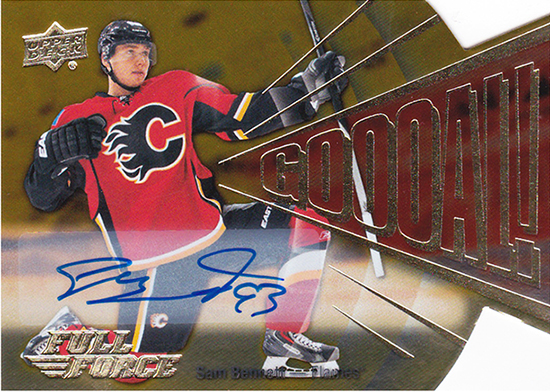 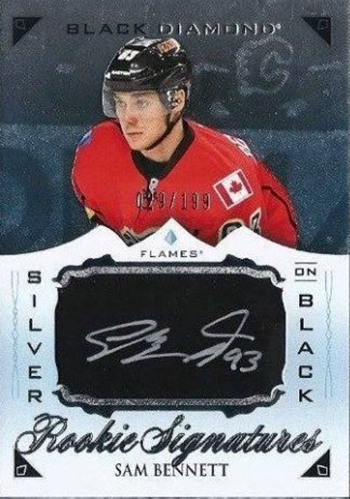 The first super-premium cards of Bennett arrived in 2015-16 NHL Black Diamond and WOW are they something to see! 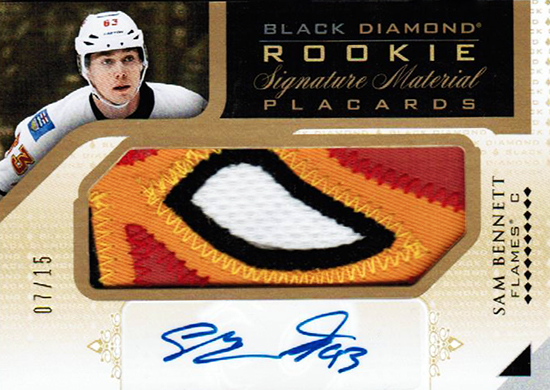 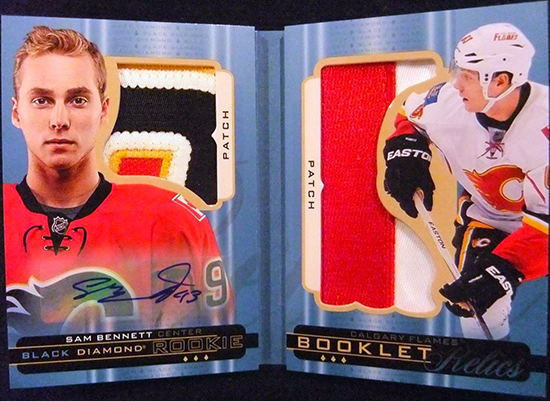 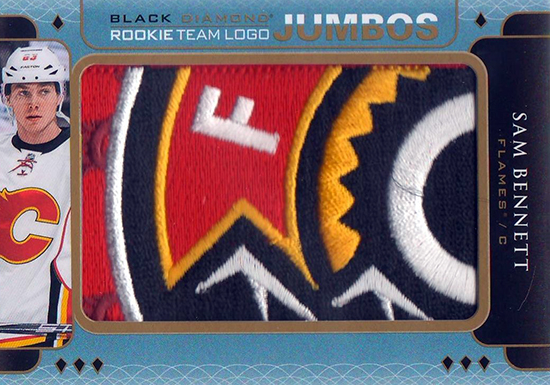 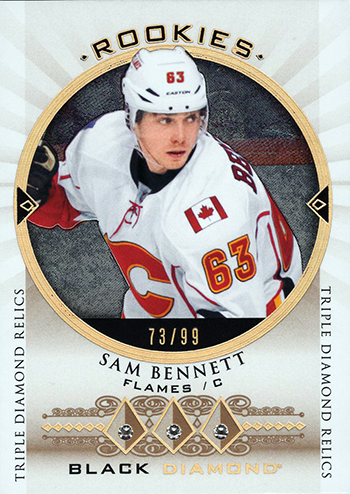 This card from 2015-16 NHL Black Diamond actually has three diamonds embedded into the card! 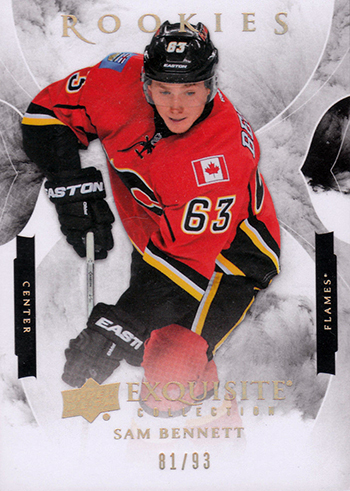 Black Diamond also featured an overlay program that will appear in other sets this year for Exquisite Collection. These two cards are high in demand for Flames fans! 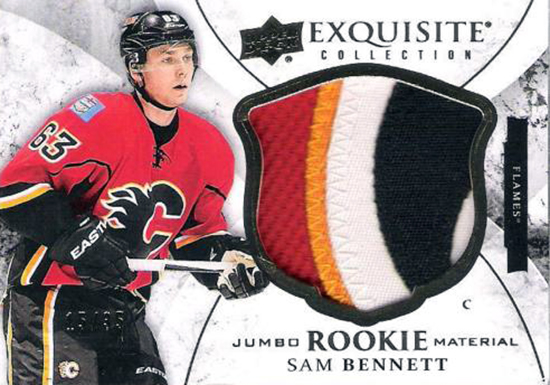 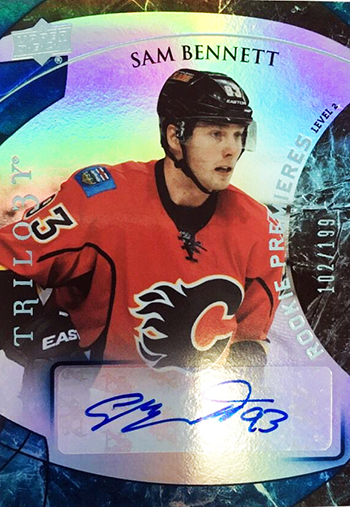 Trilogy is another new product that offers collectors a variety of options for Sam Bennett rookie card content.


Any idea when rookie artifacts tedemptns will be ready?