This week the 2015 Women’s World Cup kicks off all across Canada and the United States Women’s National Soccer Team looks to avenge their heartbreaking loss to Japan and put together another amazing run to hoist the trophy for a record third time! The team is back and better than ever, loaded with talented players like Alex Morgan and Abby Wambach.

Over the years, Upper Deck has produced trading cards for many of the top stars on the team, in particular rookie cards from their time in the WPS. Some of the biggest stars include Alex Morgan, Abby Wambach, Sydney Leroux, Tobin Heath, and Hope Solo! If you want to show your support for the team, these are definitely some cards you’ll want to add to your collection! Additionally, now may be the time to go back through your older boxes to see if you have any of these cards, as demand for them in terms or trading or selling will likely not be higher for some time. 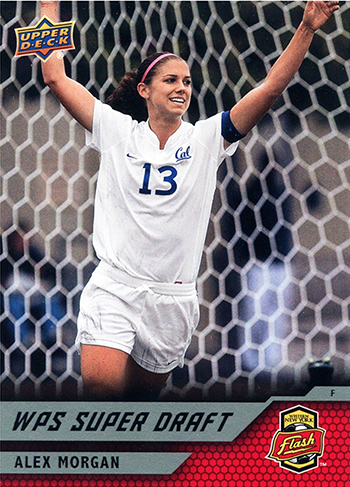 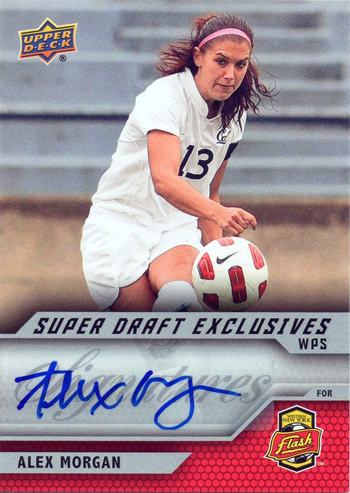 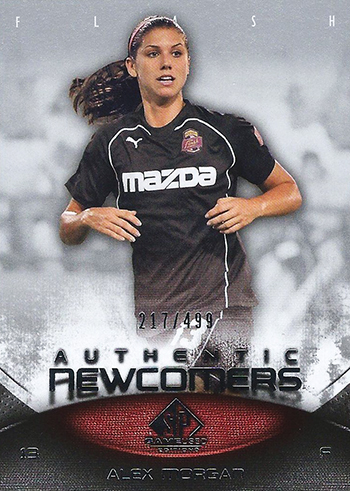 Arguably the star of the team and one of the greatest women’s soccer players in the world, Morgan is the backbone of Team USA’s offense. She continuously plays the game at a very high level and was one of only two women to record 20 goals and assists in the same year back in 2012. Although she is nursing a bruised bone in her knee, look for Alex to step up once again in this year’s tournament. 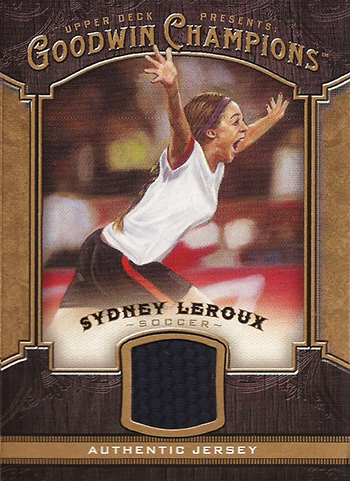 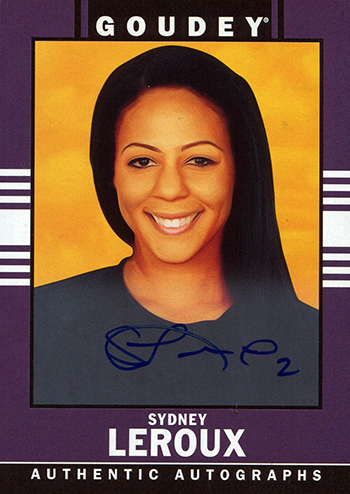 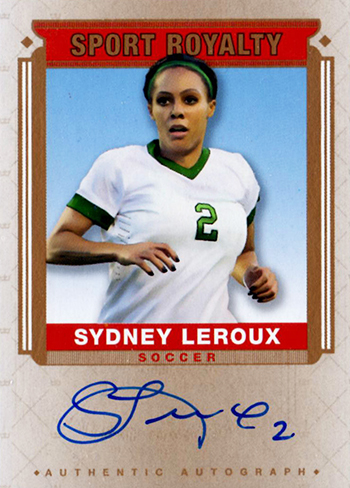 Leroux has been one of the best young athletes in game today, since making her professional debut at the age 15! She looks to continue to build upon her strong 2014 international campaign in which scored 9 goals and had 5 assists. If there is a goal being scored on the pitch Leroux is definitely going to be involved in it! 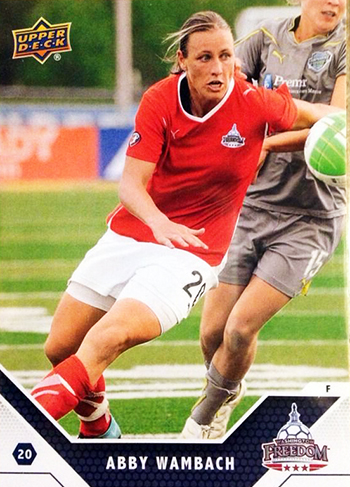 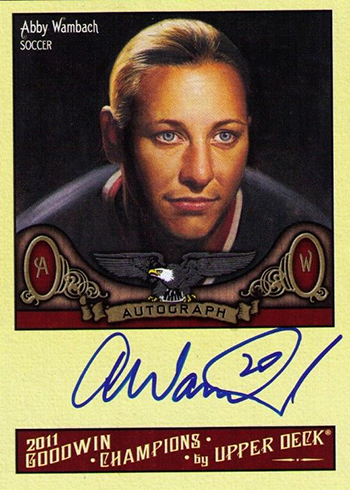 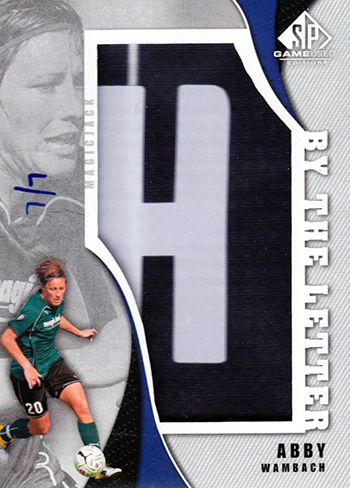 Abby is perhaps one of the most memorable players to sport the red, white, and blue. She is a World Cup winner and a two-time Olympic gold medalist. Sadly at the age of 35, this will likely be her last World Cup and she is looking to go out with a bang! She is currently the highest all-time scorer on Team USA and has the most international goals for a male and female with at 182. If you call yourself an American card collector, you need to have Abby in your collection! 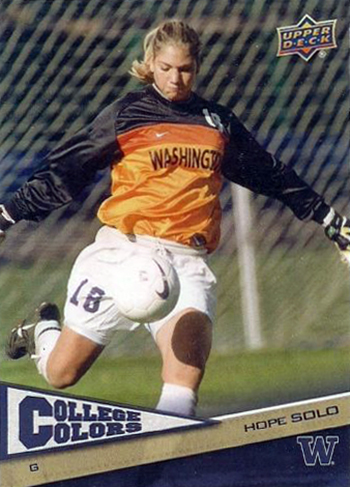 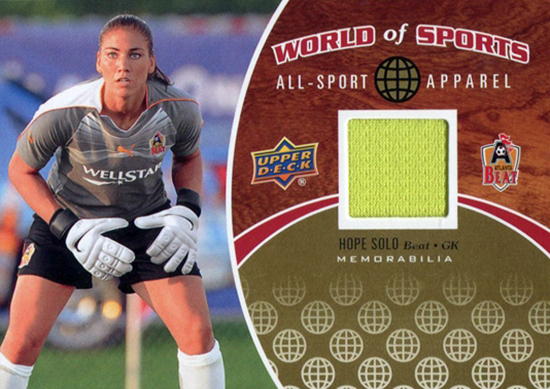 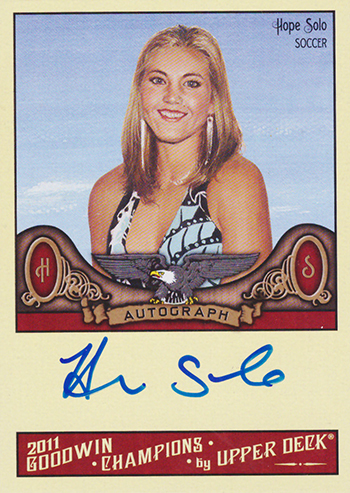 The team hopes Hope Solo can bring her “A” game like she has done time and time again. She has led the Women’s team to two gold medals and was named the top goaltender at the last World Cup. Solo has looked really sharp in the net in the friendlies leading up to the tournament. No matter what team it is, if Hope Solo is in the net, the opposition is going to have to work hard to get the ball by her! 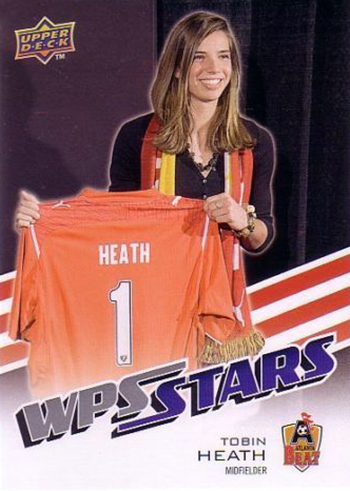 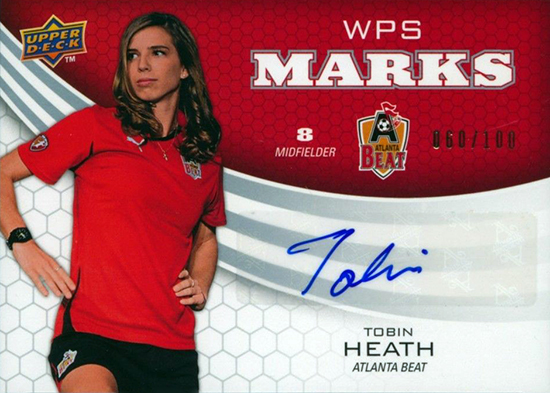 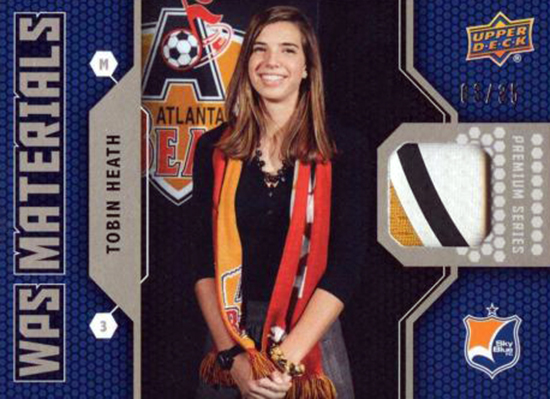 Heath is the most underrated and most skilled player on Team USA. While she doesn’t score a lot of goals, she does make them happen by her skilled footwork which often leads to many assists. After a strong performance at the 2012 Olympics with 3 assists, Tobin is posed to breakout in this year’s tournament.