LeBron James “The Block Heard Round the World” Autographed Collectibles May Be Coming Soon from Upper Deck Authenticated!

When you have a blocked dunk like the one LeBron James had in Game 2 of the NBA Finals the person on the opposite end of the block or successful dunk is frequently described as, “getting posterized” because back in the day, companies would make posters from those memorable blocks that kids would hang on their walls.

Today it is even worse for victims of amazing blocks and dunks. Below is a mock-up image of a new autographed collectible Upper Deck Authenticated may produce featuring the authentic signature of the company’s exclusive spokesman LeBron James. A premium collectible like this would hang on office walls and in the man caves of basketball fans throughout the world for a lot longer than any poster on a child’s wall and serve as a celebration of the “Block Heard Round the World.” 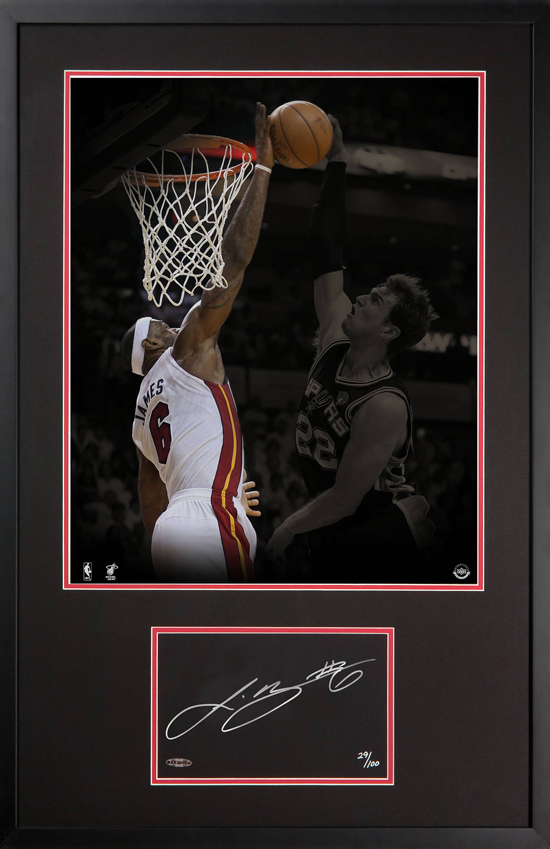 Soon you may be able to own a signed collectible of the “LeBlock!”

So pay attention NBA players because the next time you go up for a dunk or to block a shot and things go wrong, Upper Deck Authenticated may be there to immortalize that moment into a signed collectible. Perhaps the term, “getting posterized,” will one day change to, “getting authenticated.”