Cleveland Cavaliers fans have a hopeful future with the young team being led by the 2012 Rookie of the Year; Kyrie Irving. But watching the 2013 NBA Finals has got to be difficult for Cavs fans because not only do they see their former star in LeBron James playing with the Miami Heat, but there is also a new standout player who started his career in Cleveland and now plays for the San Antonio Spurs. Of course I am talking about Danny Green who is setting records in the NBA Finals by crushing three-pointer after three-pointer and is now on the brink of his first-ever NBA Championship and quite possibly a NBA Finals MVP award!

Danny Green is a former North Carolina Tar Heel who has a few Upper Deck cards to be on the lookout for from his rookie season. Now is the time to go back through those old common bins to see if you may have some cards of this young star who is making a name for himself on the biggest stage in basketball. Here are some to be on the lookout for: 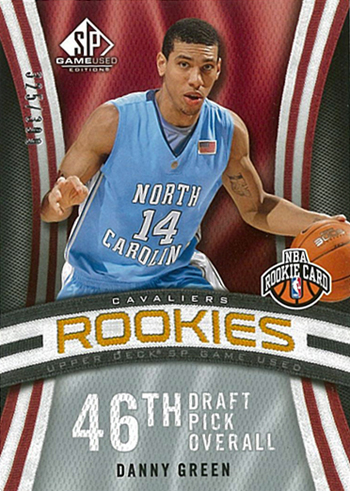 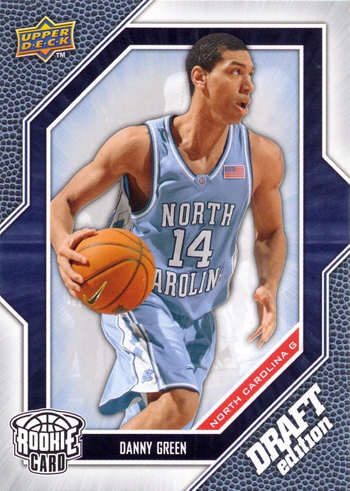 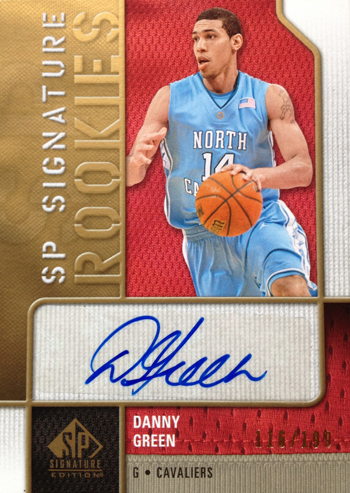