The staff at Upper Deck get very excited about participating in the National Sports Collectors Convention and we have really enjoyed the experience over the years. This year we are pulling out all the stops to make the event very special for collectors who head out to the show in Baltimore, Maryland from Wednesday, August 1 through Sunday, August 5.

For starters we have created a very compelling wrapper redemption program for the 2012 National Sports Collectors Convention. Collectors who purchase five (5) HOBBY packs of any of these Upper Deck products from a Certified Diamond Dealer and they will provide you with a special voucher from Upper Deck. Bring that voucher and the packs to the Upper Deck Booth and you will receive one (1) 2012 Upper Deck National Sports Collectors Convention pack in exchange for the voucher and wrappers!

Collectors can bring their voucher and packs to the Upper Deck booth beginning at noon each day and packs will be available while supplies last. Stop by the Upper Deck booth before you purchase packs to confirm we still have inventory of these packs. Collectors are limited to claim five redemption packs, per person, per day. There will be a different five card set available each day. 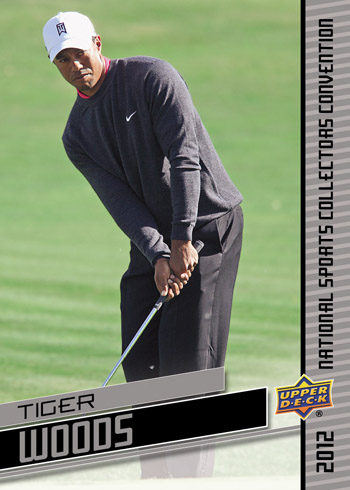 The base set will feature top prospects, current stars and retired legends from a variety of core sports. 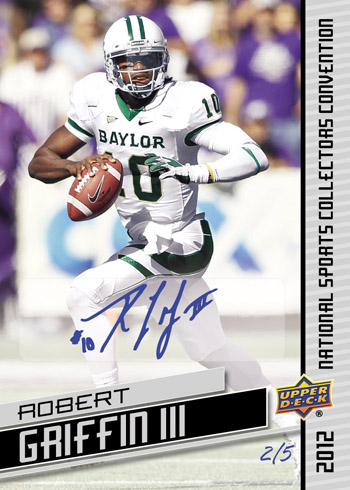 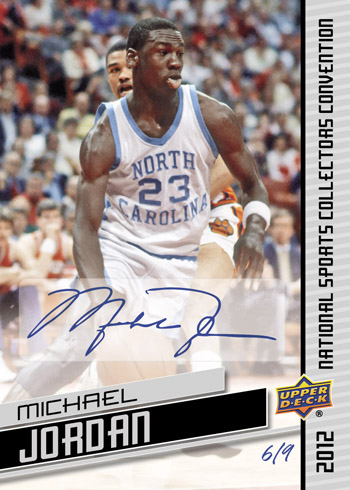 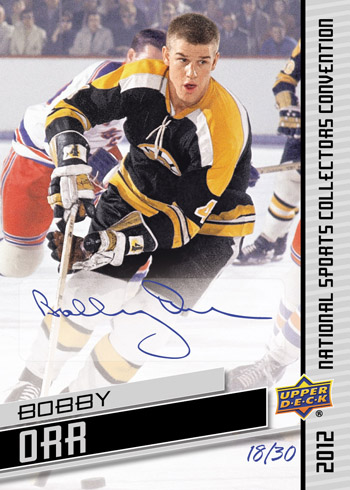 As we saw last year, pulling these autograph cards could be quite a thrill for collectors!

For a super-sized gallery of the autograph cards in this set, click HERE! And look for more details right here on the Upper Deck Blog for some more exciting programs we will have at the 2012 National Sports Collectors Convention including some big announcements on redemptions!