One of the key elements to Upper Deck’s Goodwin Champions release each season is the “weird” factor. It is always thrilling to pull an autograph or memorabilia card, but when you pull a redemption card for an actual scorpion, well that is just a whole different animal all together. Since 2009, those strange and weird inserts have helped to make Goodwin Champions so popular with collectors and the 2012 set will certainly feature an inclusion of the weird as well.

First up are the Animal Kingdom Patch cards which make their return after a very impressive debut in 2011. The sale of these cards in the secondary market has been staggering with rare versions selling for several hundred dollars. It should be interested to watch what a complete 100-card set will sell for that was recently posted on eBay.

For 2012 fans can expect a whole new slate of 100 animals with the same levels of rarity for high-numbered cards that produced such huge sales last season. What will those extinct and mythical creatures be? Well one is a Tyrannosaurus Rex and the other is Pegasus. It should be fun to watch how those cards perform! 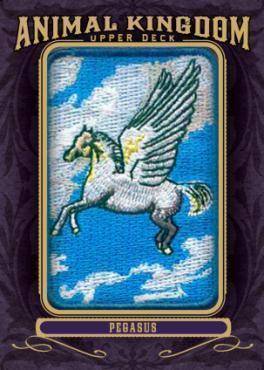 Next up is the return of the Entomology series which will be a part of the set for the final time. These last 30 cards will finish up a 90 card series. The Entomology cards have enjoyed some strong secondary market values supported by an excited collector base, but it has always been our plan to put the concept on the shelf after three years and allow fans to try to put together this series, knowing it would not go on forever.

We plan on finishing the series with a bang however with some of the most unique specimens ever included. There will certainly be a strong assortment of beautiful butterflies like the Blue Morpho and Silver-Studded Leaf Wing, but there will also be some creepy crawly additions as well. This year we will have the first-ever spiders in the set with two different species from Malyasia (both equally grotesque and slightly hairy). Additionally there are some monster-sized creatures that are sure to give someone with Entomophobia a severe panic attack. 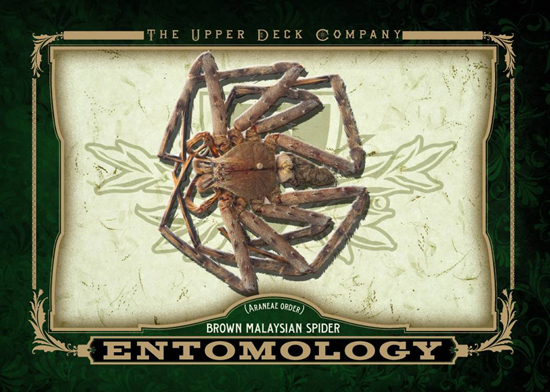 The last element is completely knew and very unique with the “It Came From Outer Space” insert set. Collectors can search for up to 20 different meteorites and space debris relics that will be encapsulated in a collectible card. Staff here have all given “Ooooohs” and “Aaaaaahs” as they behold these unique elements from beyond.

We want to make this a set of cards that can actually be built and completed by ardent collectors. There will not be any one-of-one cards in the set, but the cards will definitely be difficult to find. It is crazy and maybe even weird to think you could complete a set of trading cards that will feature material not from this earth. One of the most compelling aspects of a product like Goodwin Champions is that we are freed from the constraints of the standard mainstream sport-laden products so we can truly try and deliver the world in a box. Or in this case, the universe. 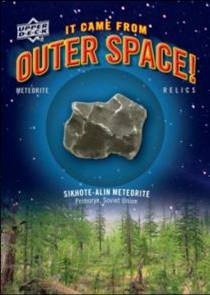 So don’t miss it when it hits shelves in June! Curious about other unique elements in 2012 Goodwin Champions? Check here.