Landon Donovan is one of the world’s greatest athletes and he showed why in the 2011 MLS Cup when he scored a memorable goal to help lead the Los Angeles Galaxy to a victory over Houston. The uniform was signed by Landon and it will be offered up in the coming weeks through Upper Deck Authenticated’s Suite One-of-One program. During the signing session, we had a chance to talk to Landon about that wear on the uniform and that memorable goal. Check out what he had to say: 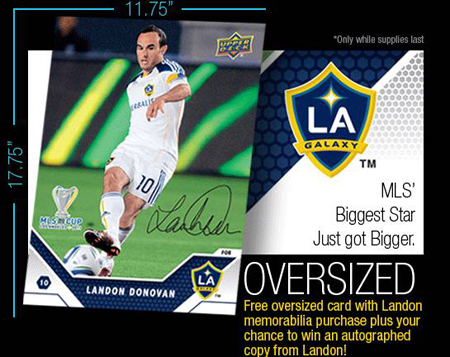 And one lucky fan will take home a signed copy version that Landon was so kind to add his signature to at the recent signing session. The signed item will be distributed randomly to one fan who places their order through the store between now and New Year’s. That’s right, one fan will receive two Landon autographs for the price of one! Will it be you??? 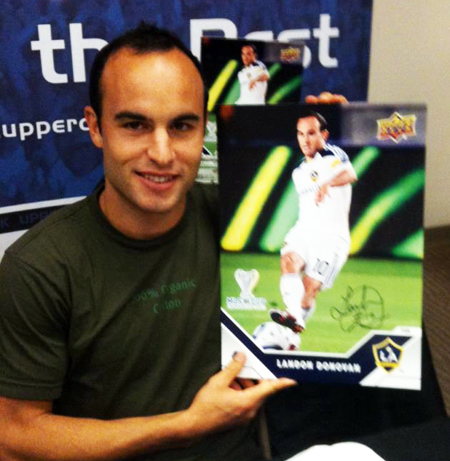 He held it. He signed it. Place an order and you may find it in the mail to you!