To unlock and purchase these packs, simply add any available hockey trading card product on e-Pack to your cart.* This week’s packs of 2019-20 Game Dated Moments cards highlight top moments from around the NHL® and will be available for purchase** in the Upper Deck e-Pack® Store until 10/2/2020 at 8:59 am (PST).

Anthony Cirelli scored at 13:18 of OT in Game 6 of the Eastern Conference Final to send the Tampa Bay Lightning to the Stanley Cup Final for the first time since 2015. Tampa Bay defeated the New York Islanders 2-1 and became the first team in NHL® history to clinch three conference playoff series in overtime. 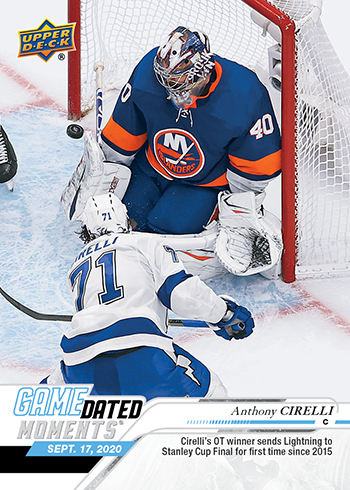 Anton Khudobin made 35 saves, including 22 in the third period, to lead Dallas to a 4-1 victory over Tampa Bay in Game 1 of the Stanley Cup Final. During the third period, the Lightning had three power plays but were unable to sneak the puck past Khudobin. 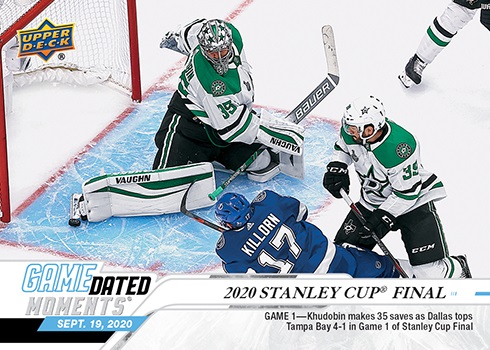 The Tampa Bay Lightning struck first with three quick goals in the first period and then held off the Dallas Stars to secure a 3-2 victory in Game 2 of the Stanley Cup Final to even the series 1-1. Andrei Vasilevskiy recorded 27 saves to earn his 30th career postseason win while Nikita Kucherov had two assists to set a Lightning record for most points in a single postseason with 28. 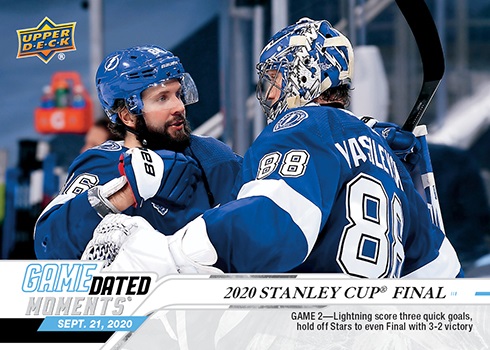