What Happened to Landon Donovan’s Uniform from the 2011 MLS Cup?

He got the ball, he shot and he scored. Another brilliant goal by one of the best American soccer players of all-time helped deliver the Los Angeles Galaxy a victory in the 2011 MLS Cup. He battled hard that game and ultimately helped his team win in another memorable match. But after the game, after the flash bulbs stopped popping, what happened to his uniform? Well, he sent it to us. 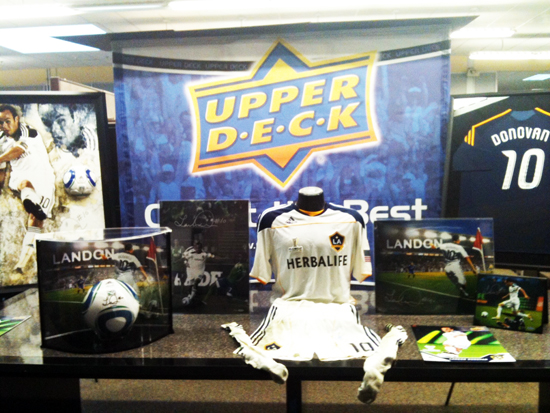 Landon's game-used jersey from the 2011 MLS Cup has proven to have a unique aroma to it...

Upper Deck Authenticated is the leader in providing our worldwide collectors with the most premium authentic memorabilia in the business. We received in Landon Donavan’s complete game-worn uniform from the MLS Cup with a special note from his team:

“I apologize in advance for the smell and I would recommend airing it all out somewhere given the champagne, beer, sweat and rain stench that surrounds it. There’s no doubting the authenticity, that’s for sure.  As an added bonus, we even threw in his socks.”

Next up for this memorable uniform is to have Landon add his autograph to it where UDA will authenticate the signature and then offer it up through our exclusive Suite One-of-One program. This serves as just another way Upper Deck helps bring fans closer to the game.


will this be sold??