Each month Upper Deck spotlights one of its valued collectors to showcase their collection or pursuits. The great thing about sports collectors is that they are all very different in what they collect, how they collect. And that is exactly what you have with Joel Phillips. His love for the University of North Carolina Tar Heels is greater than just trading cards or memorabilia. When it comes to his collection, there is just one thing that revs his engine; and that coincidentally enough is his truck. I’ll let him explain.

“My name is Joel Phillips and I live in Gaffney, South Carolina. Back in 2005 my father and I were operating our own trucking business. We were hauling cards and trucks at the time and started transporting vehicles for American Specialty Trucks out of Danielsville, Georgia. One day when my dad was down there getting a load of trucks, he called me and said they were now customizing vehicles for college teams. I called them immediately to see if they could customize a UNC Tar Heel truck for me. I was thrilled to hear that they would be able to and that it would be licensed and certified by the NCAA.

“As I worked more with them, I found out that my vehicle was the first and currently the only truck they ever made. The truck actually is numbered #UNC 001. It took them over four months to customize it since the NCAA had to approve everything done to the truck. When it was completed, I just loved how it turned out, but felt it was missing something. 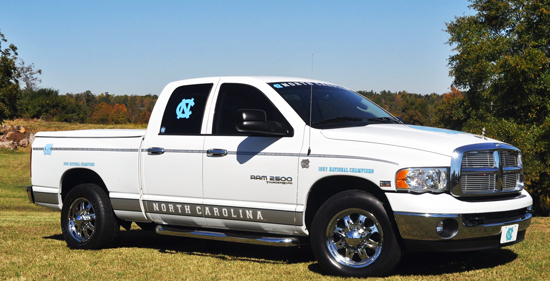 Here is the one and only officially licensed UNC Tar Heel truck!

“As I started to share it at games and with fans, I realized what that was; autographs from UNC Tar Heel players and coaches. As my Tar Heel truck has made the rounds, I’ve been able to get quite a few great UNC players and coaches to lend their signatures to my vehicle like Dean Smith, James Worthy, Sam Perkins, Al Wood, Buzz Peterson, Jason Capel, Derrick Phelps, Larry Davis, Tyler Hansbrough and many others. As I spoke with them, they all indicated this was the first time any of them had ever autographed a truck. 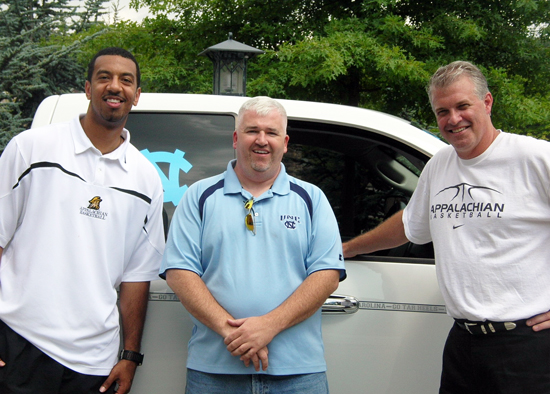 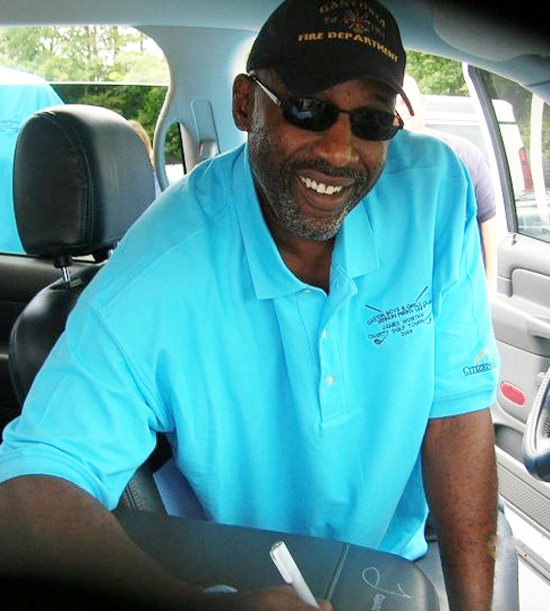 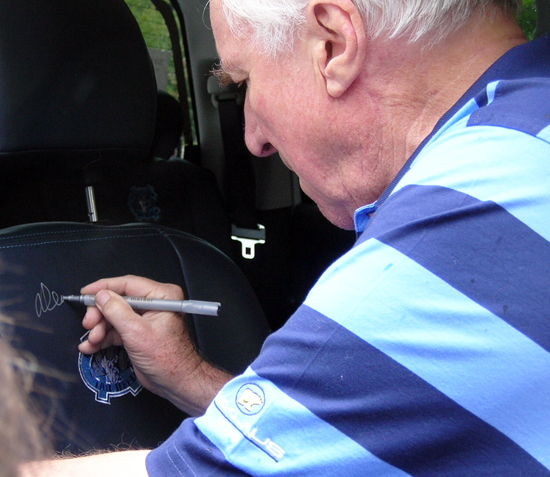 “My ultimate dream is to meet the greatest Tar Heel of all-time; Michael Jordan. Hopefully one day my dream will come true where I can show him this truck and hopefully get him to add his signature to it. 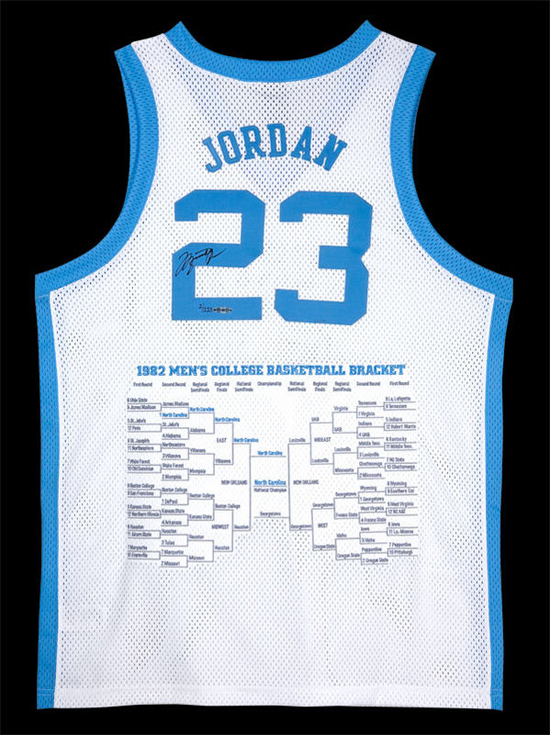 Will MJ ever add his signature to the UNC Tar Heel truck like he does for UDA memorabilia? Only time will tell.

“Coach Buzz Peterson said, ‘There’s no telling how much this truck is worth.’ He’s right. I personally have most of my life savings tied up in this truck and would be hard pressed to think of a day where I would part with it. But I’m curious what Upper Deck’s core group of educated collectors may think a vehicle like this is worth. Let me know by commenting here.

“It has been a lot of fun to work on the truck and add more signatures to it as time goes by. I encourage fans to check out my Facebook page for the truck and also our website. Thanks so much for taking a look.”

Thank you Joel for sharing with us. I’ve been in this industry a long time and have never seen a collectible quite as unique as that. In my opinion, for a UNC Tar Heel fan that truck is priceless!

The truck is cool, but that’s too far.