About a year ago we shared a game-worn Hofstra jersey of Marques Colston we had acquired that had a very unique 9/11 commemorative patch. Careful consideration was given to how we would this patch. In the end, we decided we wanted to get it to fans live in an Upper Deck Football pack, which meant we would need to produce a standard trading card for the patch. Additionally, it meant we would have to cut it and we found that we could deliver four high-quality patch cards by doing so. Below is an example of the patch and what one of the final four cards will look like: 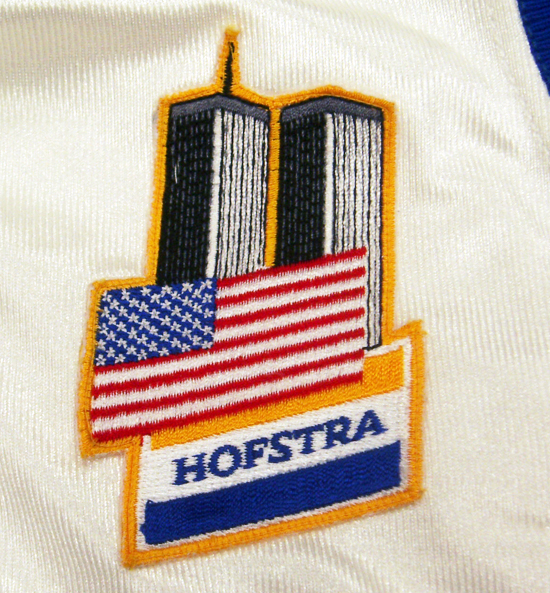 Members of the Hofstra Football team wore jerseys with a commemorative patch after the 9/11 tragedy. 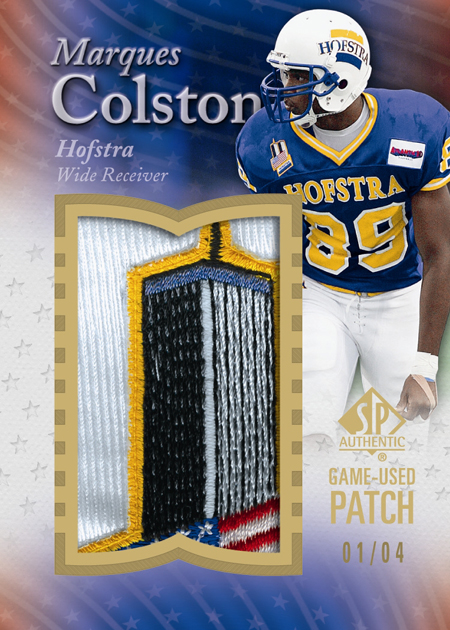 As a way of remembering the 9/11 tragedy, we have produced a special group of four game-used patch cards.

Collectors can discover one of these four very rare patch cards when they open packs of 2011 SP Authentic Football which is currently scheduled to arrive October 25, 2011.