Does Marrying a Celebrity Make a Player More Collectible?

I found myself turning the channel on sports talk radio yesterday quite frequently from station to station. Why you ask? Because it seemed like all the hosts were talking about was the fact that Kris Humphries of the New Jersey Nets popped the question (with TV cameras rolling, of course) to reality TV star Kim Kardashian. Everyone was all atwitter about the engagement ring he purchased for her valued at roughly $2 million. 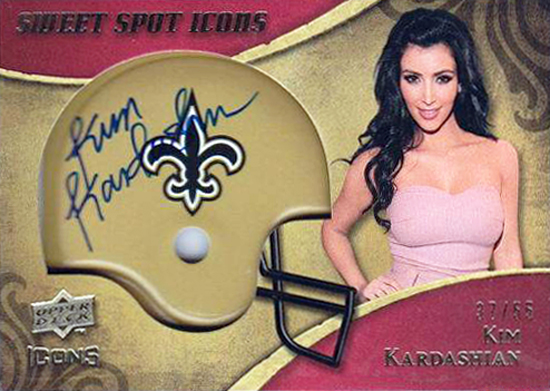 Kim Kardashian collectibles actually perform very well in the secondary market, she definitely has a strong fan base.

I personally am not a fan of the Kardashian clan. Like so many others, I’ve been sucked into their show(s) from time to time on a lazy weekend afternoon when nothing else was on and had to change the channel thinking to myself, “Who are these people?” They just come off as not very nice and you feel terrible for Bruce Jenner who they just verbally abuse throughout the show. It’s a car wreck and I guess that’s why people watch. You find it hard to look away even though you know something bad is going to happen, kind of like watching a New Jersey Nets game this season. 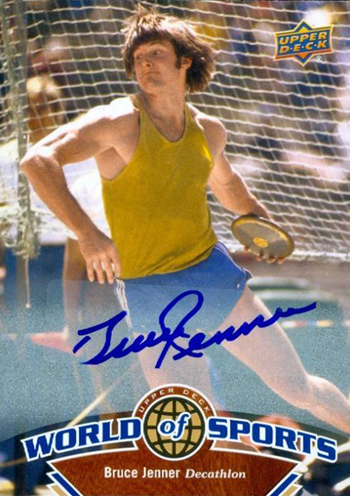 "Poor Bruce." It's a comment heard often from people who watch the popular Kardashian television shows.

And speaking of the Nets, that brings us back to Kris Humphries. Will a move like this gain him more notoriety and in effect make him more collectible? I’m sure Kris isn’t marrying Kim so his rookie card value will go up, but for us in the business it is an interesting question. I personally think that it might. As a player gets more attention and interest, it stands to reason there will be more interest in their collectibles. The big problem with investing in his collectibles, however, is that he’s just not a superstar and likely will never be, even with Kim in his corner. There may be a short-term window because of his impending nuptials, so maybe it’s time to go through those shoe boxes of commons. I think we saw that a bit with Lamar Odom last year as he married Khloe Kardashian – you know, the “big” little sister? 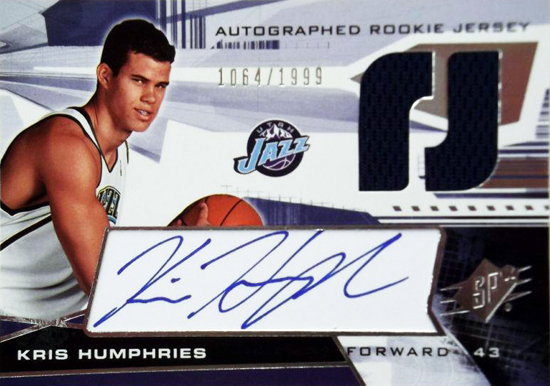 They say that behind every good man is a good woman, but does Gisele Bundchen make Tom Brady a bigger celebrity than he is? I personally don’t think so. I think these types of unions can offer a brief spike for collectors looking to strike while the iron is hot, but when it is all said and done, it is the performance on the field/court/ice that ultimately determines a player’s value in the world of collectibles.

What do you think? Can marrying a superstar make a player’s collectibles more valuable? Can you think of a particular example where it has?