In September 2018, we announced the start of a new era for VS. System 2PCG – Featured Formats (see that article here). Today, we are excited to announce the next two Featured Formats – our 9th and 10th — for the Fall 2020 and Winter 2021 Seasons – which will last through March 2021.  All tournaments sanctioned by Upper Deck will use these formats.

Featured Format #9: The Alpha and the Omega

The mutants and their enemies are back and better than ever!

In addition, there are four other cards you can include: 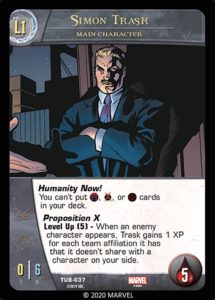 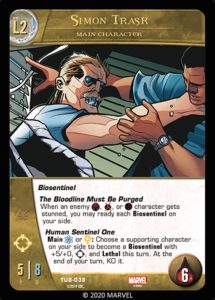 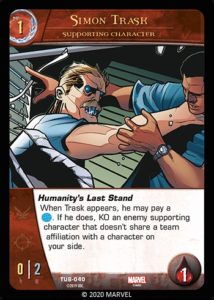 You can have any number of neutral equipment, plot twists, or locations (cards without a team affiliation) in your deck. (Note: Cards with the Marvel logo in their upper right are neutral cards.)

There are neutral cards available in other products. These are legal for this Format.

Choose your 200-card set and build a deck from the cards inside!

Rules: Select one of the following products and build a deck from only the cards within. These sets include but are not limited to:

Note: The only 200-card set not legal for this format is Vs. System 2PCG: Legacy. ALL other 200-card sets are legal. Also, in the event a set has a card that has been replaced (i.e. Singularity from A-Force) then the updated version must be used.