It’s an interesting time to be a NFL Draft pick. With a lockout looming, most NFL players are starting to get nervous. In meeting with some of the top college prospects this week however, most of them seemed focused on training and preparing for the NFL Scouting Combine next week. They are proceeding with business as usual until a lockout comes, but no doubt they are forced to think about something other rookie classes did not have to.

We caught up with quite a few players this week including Washington Huskies star quarterback Jake Locker to get some images of the guys and have them add their signatures to new Upper Deck Football cards. The first Football release of the year is just a couple months away when 2011 Upper Deck Football hits shelves on April 12. Check out some of the images from the photo shoot and signing session. 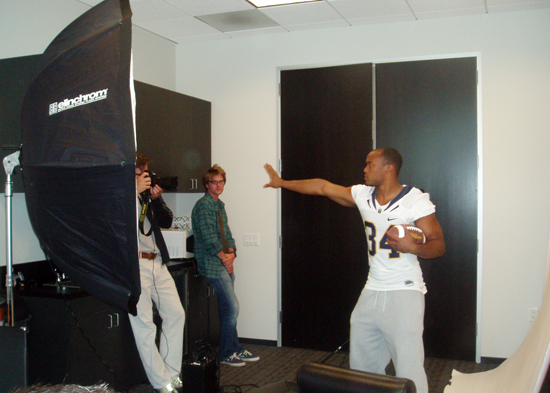 Shane Vereen of Cal strikes a pose for our photographer 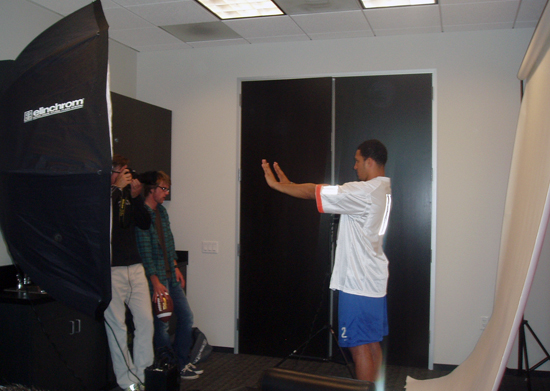 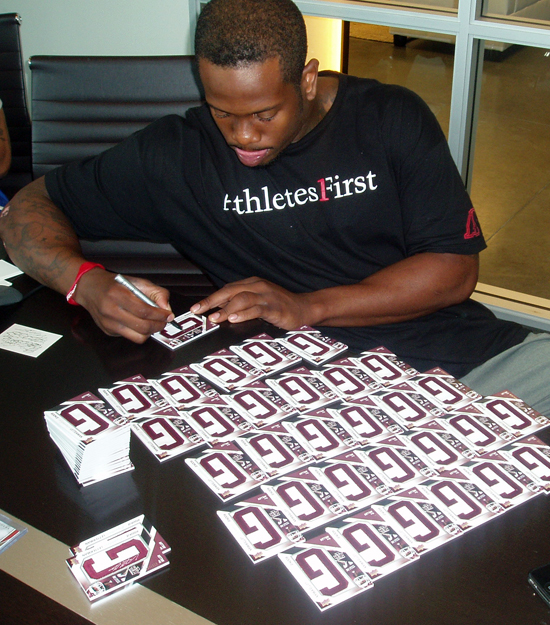 When put together, the Letterman cards will spell out "AGGIES" for Von Miller 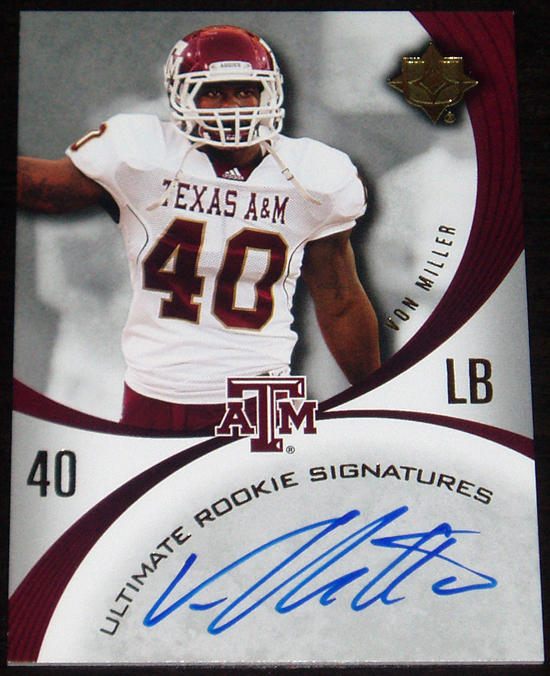 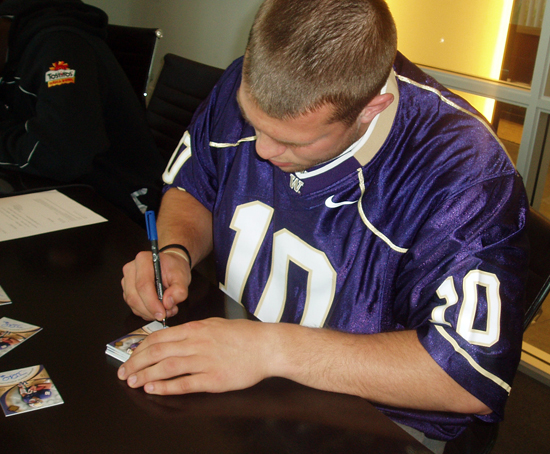 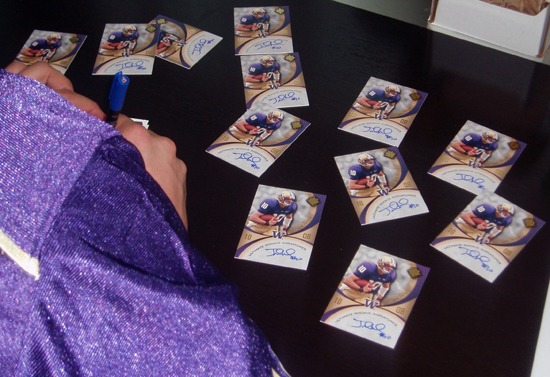 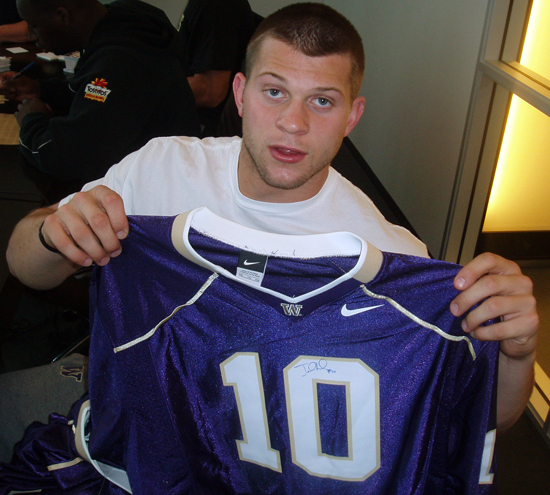 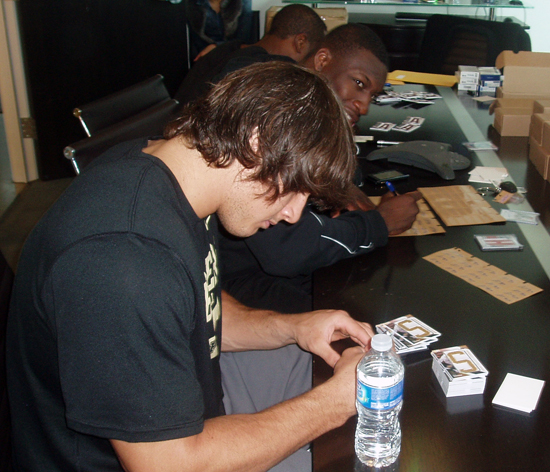 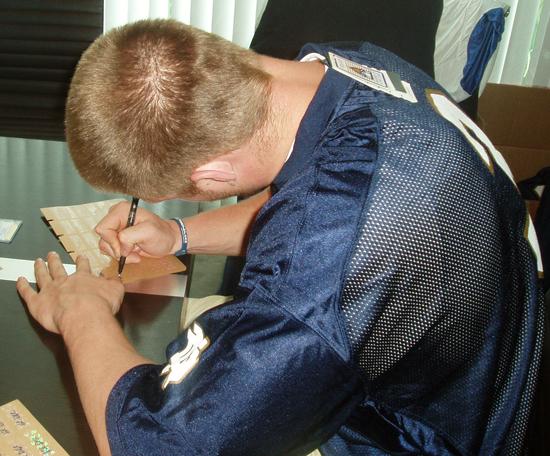 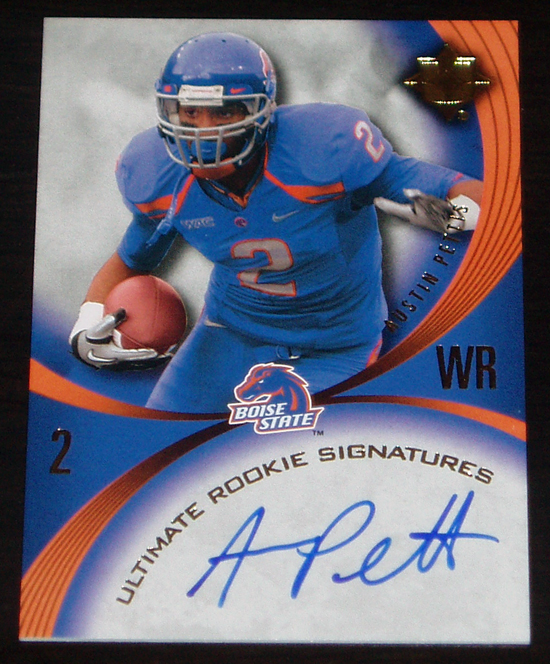 
Really like the look of the Ultimate signatures nice and clean design with the auto’s easy to read all the while not taking away from the player pictured……real nice!


UD Ultimate is consistently one of the best products of the year across all sports. Love the on-card RC auto’s. The Team color backgrounds look great too.


Are there 200 “G”s circulating in the Von Miller Rookie Letterman series, since the word “Aggies” has two G’s? Or are there still only 100 “G”‘s meaning only 50 complete sets can potentially be put together?