At Upper Deck, one of the things we have always worked hard to do is provide our customers with hard-signed autograph cards packed out live in the product. Unfortunately with athletes’ busy schedules, that doesn’t always happen. When we can’t get an athlete to sign in time, we have to use redemption cards that customers can register with us and once the cards do arrive, we will fulfill them to customers.

Redemptions can present their own unique challenges for us internally as we can sometimes have issues where cards are lost during shipping, received back damaged or with smeared signatures, etc. When that happens we have to acquire new game-used materials (if used within the card) and then move to reprint the cards which takes time unfortunately. We had a situation like that come up with some high-end Marques Colston rookie autograph jersey cards from our Exquisite Football release. Recently the cards were completed and are currently with Colston to be signed. We are hoping to receive them back sometime in October and then ship them to customers waiting on them. As a bonus for customer’s patience, we will also be sending a previously unreleased rookie autograph jersey card of Limas Sweed from that set. Redemptions for Sweed’s cards were pulled before packout, but they ended up coming back in even though we thought they would not. 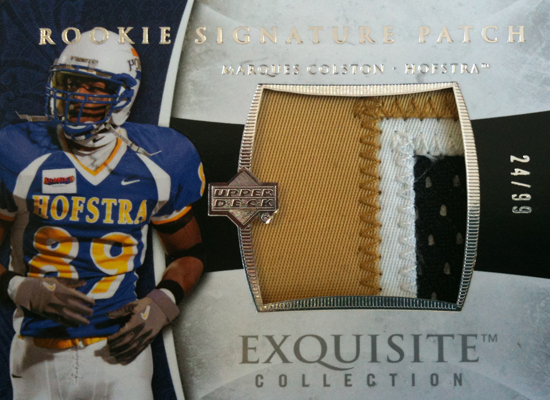 The Marques Colston Exquisite Rookie Autograph Patch cards were recently completed and are with Marques to be signed. 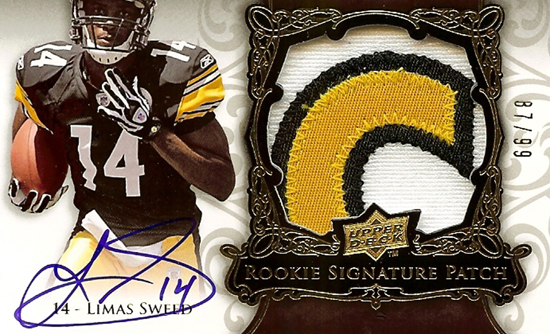 Collectors waiting for the Colston redemption from Exquisite Football will also receive this never before released Limas Swede card as a bonus for the production delays.

Colston has made a huge impact with the Saints and now with a Super Bowl ring, we expect great things from him in the future. He had a solid performance last night in the team’s season-opening victory over the Vikings and is proving to be a favorite target of Drew Brees. Colston was a standout wide receiver at Hofstra and became the owner of several school records during his career on Long Island.

For Upper Deck’s new exclusive CLC releases we have been on the hunt for game-used memorabilia of players from their college days. Recently we worked with Colston himself to acquire a very unique game-used jersey from his days at Hofstra. There are several things that make this particular jersey unique. First it is one of only two jerseys that Colston wore during the 2001 season at Hofstra. In fact, we’ve found collegiate game-used items are often more rare than pro memorabilia. 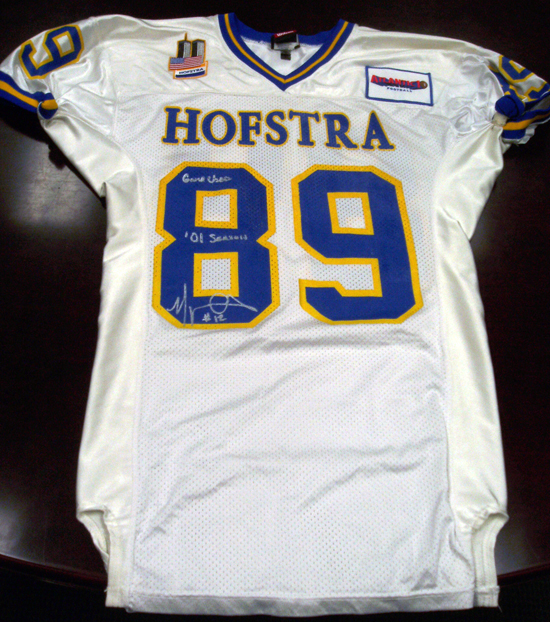 One of only two game-used jerseys Marques Colston wore during the 2001 season and UD just received it.

Next it is autographed by Colston with some inscriptions that may make for some very unique memorabilia cards in a future Upper Deck CLC release. Lastly the item has some very distinctive patches. The first is an Atlantic 10 patch and the next is a 9/11 commemorative patch. Careful planning is being done on how we will use the 9/11 patch in a future card set. We thought it was only fitting to share this acquisition with tomorrow being the ninth anniversary of the tragic attacks on the U.S. by terrorists. If you have ideas for how you would like to see this patch incorporated onto a card, just add your comment below and we will happily take it into consideration. 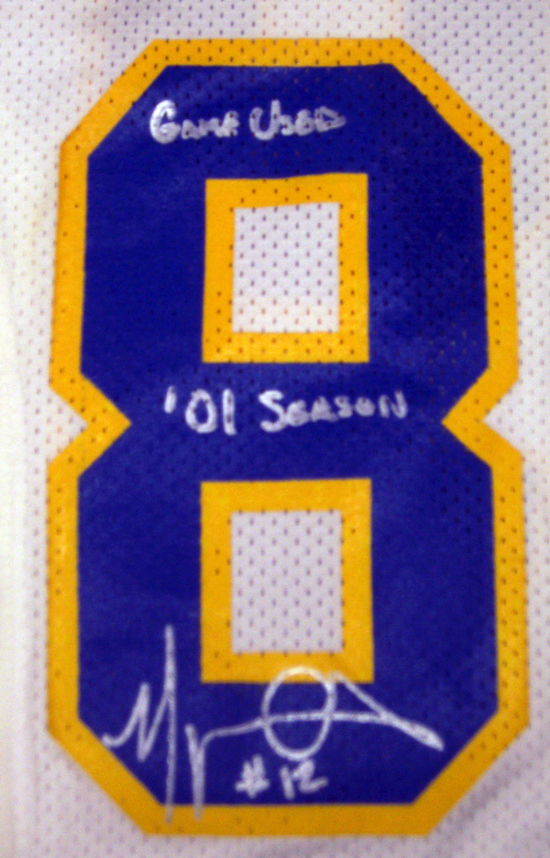 The Colston Jersey has an inscription from him as well as a signature. These should make for some very cool memorabilia cards. 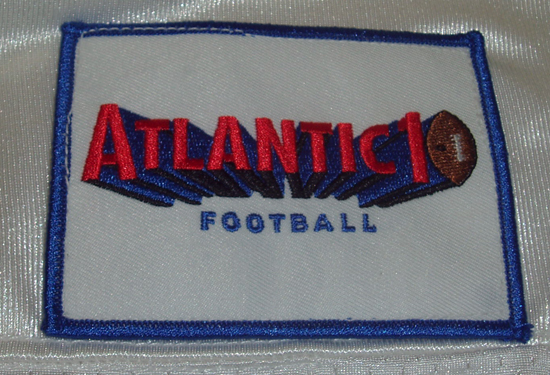 A close up of the Atlantic 10 Conference patch. 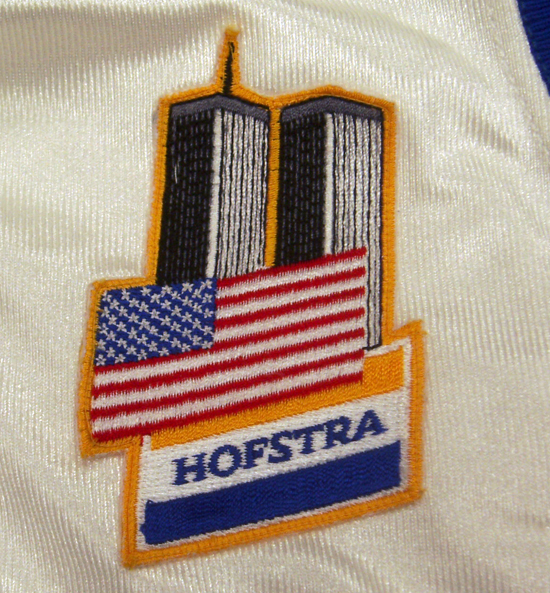 The 9/11 logo could make for some very unique game-used memorabilia cards. What set would you like to see us use it in?


An Americanna set would be the smartest thing! A 1/1 jumbo swatch on a horizontal card


That is amazing. I used to watch him play at Hofstra and got to meet him a bunch of times. I got his glove one time. This would be an amazing redemption.


How about not use that patch at all, and sell the whole jersey. It’d be bad to cut that up.


How about not cutting it up and making it a redemption for the entire jersey? Its a shame when an item like that gets cut up, there are only 2 from that year.