It has been a great season for the Vikings and Brett Favre, but it easily could have been a lot worse coming into this weekend. After an UGLY loss to a Bears team they had already killed once in the season, their fate for a first round bye was out of their hands. First they needed to beat a Giants team that had lost badly to the Carolina Panthers the week before, and it was not going to be easy. If they won, they would need help from Dallas to beat Philadelphia to get the NFC’s number two seed and make Wild Card Weekend a much needed R&R weekend.

Coming out of the loss to the Bears, the team was in a state of despair, looking for a way to right the ship before they were forced to play a game that hadn’t been expected since Week 9. Devin Aromashodu of Chicago had exposed horrible weaknesses in their secondary last Monday night, and all of a sudden, the once rock steady defense looked vulnerable. Cutler and his new favorite target had torched the Vikings for 2 touchdowns, (including the game winner in overtime), and it became obvious that the Vikings could easily go out in the first round of the playoffs instead of avoiding it altogether. 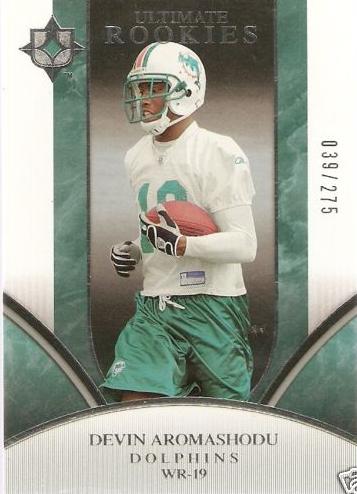 I remember distinctly how I felt after that game. Disappointment was an understated adjective, especially after the way the second half of the game turned out. The Vikings were down 17 points at the beginning of the 3rd quarter and stormed all the way back to tie the game at 23 with less than five minutes to go. After a great return by Danieal Manning, the Bears scored quickly on another touchdown pass from Cutler to Bennett, leaving my hopes for a much needed win in peril. In true Favrian fashion (yes, he has done it so many times, there is now a word for it), the forever young gunslinger drove down the field, and then lobbed a sweet touch pass to Sidney Rice in the end zone as time expired. I was ecstatic to say the least. The rest, I’m sure you have seen a hundred times before the Week 17 games started. Aromashodu caught two passes, the Vikings were down and out, and the last game of the season became a MUST win. 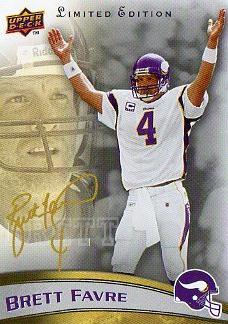 It didn’t seem like Favre got the message, as he showed little concern for the next game on the schedule. To him it was just another game, as he was not letting the massive pressure crush the team under the weight of a pending wild card weekend matchup. Rumors of his continued problems with coach Brad Childress continued to swirl, along with rampant discussion of how the mighty Vikings had gone from sure thing to underdog.

All of that gloomy sentiment was gone in a matter of minutes, as the Vikings’ opening drive against a banged up Giants defense went for six points. By halftime it was 31-0, and the game was pretty much over before any seconds of the third quarter had ticked off the clock. Favre played until it was 41-0, and Vikings fans put on their brand new Cowboys hats to cheer on their new favorite team.

After the Cowboys throttled the Eagles (securing a first round bye for Minnesota in the process), the season’s prospects suddenly had a much sunnier outlook. Favre’s 40 year old body will have an extra week to rest, and fans who were on the verge of a coronary during these last two weeks will have 14 more days to get that cardio into their exercise regimens. Not only will the Vikings have a shot at going deep into the playoffs for the first time in a long time, but seven of Favre’s teammates will be joining him in the Pro Bowl as well. 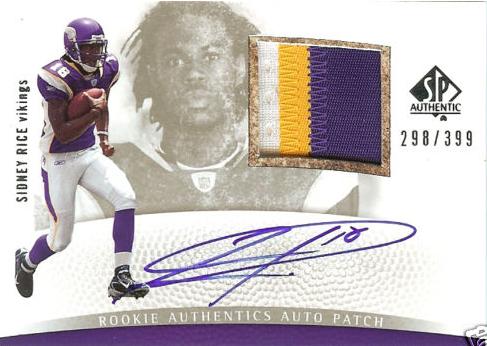 First time All-Pro Sidney Rice had the best year of his young career, catching close to 80 passes and over 1300 yards. Adrian Peterson’s season may not have been as explosive this year, but his 18 touchdowns speak for themselves. He also caught almost 50 passes out of the backfield, something that he has never done, even while at Oklahoma. Jared Allen ended the year leading the NFC in sacks with 14.5, making him one of the most feared pass rushers in the league. Although Percy Harvin did not get selected as a kick returner for the NFC squad, he is the front runner for the Rookie of the Year hardware, and may still be selected if players decide not to make the trip Miami. 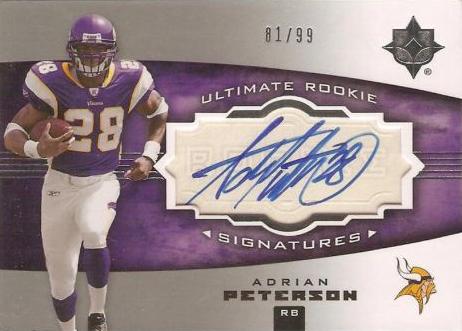 Personally, I am still not sold on the Vikings hope for another Super Bowl appearance, but I am a lot more confident after they took the Giants out behind the shed. They seemed back on top, with Favre doing everything right against a team that looked to be the one to beat in the NFC five weeks ago. Of course, they will either have to beat Green Bay or Arizona to get to whoever wins in New Orleans. Yet, my level of concern is still small leading up to that game. Hopefully Antoine Winfield and Pat Williams will have time to heal up, which is probably the best part of having a week off next week. The defense will need to fix all the problems from the Chicago and Carolina games, with a win being the ultimate result.

As a lifelong Vikings fan, I will say that I do not celebrate until its all over, so this wonderful turnout for Week 17 is just another link in the chain for me. I will be there with horns on for the divisional round, and I am hoping that things turn out well. The Vikings do have a legitimate shot to go deep this year, and my favorite players Peterson, Rice and Harvin should be right there in the trenches with the Silver Fox slugging it out. At this point, I can only hope that booking my plane tickets to Miami will be the ultimate result.