Wow, what a week of playoff football! We saw total blowouts from the Saints, Vikings, and Colts, and then another upset from the Cinderella New York Jets team. As the 2009 NFL season heads into conference championship weekend, let’s take a closer look at this week’s games, as well as the always-fun-to-watch Pro Bowl:

On paper this looks nothing like a conference championship game. When the Colts and Jets met in Week 16, the Colts were 14-0 and the Jets were a mediocre 7-7 looking for a chance at making it to the postseason. The Jets ended up having an easy pass into the playoffs thanks to the Colts benching their starters, and the Bengals’ disgraceful performance in Week 17. To prove the Jets’ 37-0 beating of the Bengals was no fluke, they came back in the first round of the playoffs to beat them again, 24-14, thanks to two rookies: Mark Sanchez and Shonn Greene. Then last week, they held on against the Chargers, 17-14, and again Shonn Greene was key in grinding out the game.

This week’s matchup pits a team of rookies versus a team of seasoned veterans. Peyton Manning and Reggie Wayne have been working it together for nine years now, and they’ve brought the Colts a Super Bowl title and a plethora of playoff appearances. As I mentioned earlier, two of the Jets key offensive players are rookies; Sanchez hasn’t been asked to do much all season and the team has relied on their running attack, powered by Greene and Thomas Jones. The Jets do have the number one defense in the NFL, which could play a factor in this game as they try and stop the 4-time MVP quarterback Manning from taking the 15-1 Colts to another Super Bowl. However, I think the Colts will be too much for the rookie quarterback to handle, and Peyton Manning will step up his game, finding a way past the dominance of Darrelle Revis and the Jets defense. In the end, it looks like the Cinderellas of the 2009 NFL playoffs won’t be able to beat Indianapolis again, and the Colts will win 20-10. 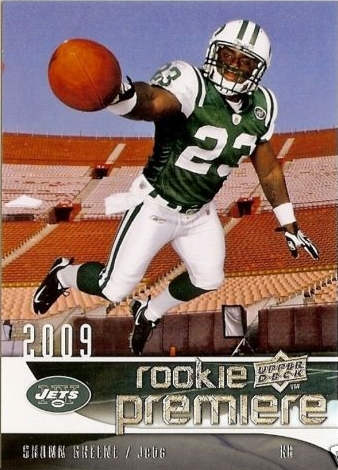 This game should certainly be another offensive battle in the NFC. The Saints, who arguably have the best offense in the NFL, led the league in yards per game and points per game throughout the regular season. Drew Brees might be the best quarterback in the NFL right now, and they showed all their weapons against the Arizona Cardinals last week. The Saints aren’t known for having a great defense, but they were still able to blowout Arizona. I think New Orleans, if they can get a hot start, will keep streaking like they did last week and win the game. 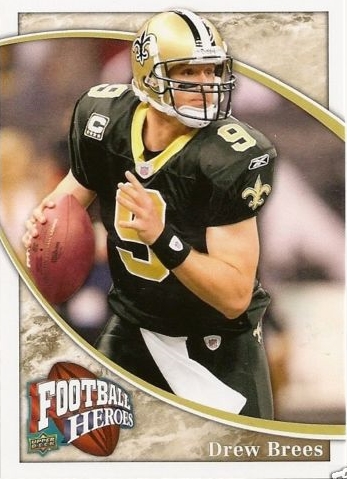 On the other hand, the Minnesota Vikings have quite a few weapons of their own. They are led by future Hall of Fame quarterback Brett Favre and hot-shot running back Adrian Peterson. Minnesota also has nine Pro Bowlers this year, including two starting offensive lineman, wide receiver Sidney Rice, Favre, and Peterson. They also have a solid defense, led by All-Pro defensive end Jared Allen. This team is loaded with talent, and should not disappoint this week in the Big Easy. As tough as this game should be, I see Brett Favre leading his team to a Super Bowl. Vikings win 31-24.

Before the game even starts, it is already making history. For the first time ever, the Pro Bowl will be played before the Super Bowl! Personally I liked the game better when it was after the Super Bowl, but at least now you don’t have to go a week without football anymore. It is also being played in Florida this year instead of Hawaii, a move I don’t like. Hawaii doesn’t have a professional football team, so when the Pro Bowl comes along, all the fans on the little islands in the Pacific Ocean finally get to enjoy a game, and a special one. But it is what it is, and the game will stay on the mainland.

Anyway, this game should also be interesting to watch. But when I look at these rosters though I think one thing: AFC! The AFC looks very strong this year with studs like Peyton Manning, Chris Johnson, and Andre Johnson leading the offense. Their defense is also very strong with sack-king Elvis Dumervil and other stars such as James Harrison, Ray Lewis, Darrelle Revis, and Dwight Freeney. Expect a lot of pressure on the NFC quarterbacks and even a few sacks. I think the NFC has another very strong defense with Darren Sharper, Charles Woodson, and Asante Samuel manning the secondary. Patrick Willis, DeMarcus Ware, and Jared Allen should act as a wall to many of the AFC’s moves, too. Since there is so much talent in these all-star games, it is very tough to predict, but I’d have to give my edge to the AFC, 27-24.

Good luck to all the teams you guys are rooting for and feel free to leave your feedback on who you think will go dancing into the Big Game.