Since we started the Brag Photo of the Week on this blog, nothing ceases to amaze me. We’ve shown items featuring figures like Napoleon (https://www.upperdeckblog.com/?p=603) and Bill Clinton (https://www.upperdeckblog.com/2009/08/brag-photo-of-the-week-clinton-hardball/), and I’m always on my toes waiting for the next email from the game-used room. Check out the latest item to come in: 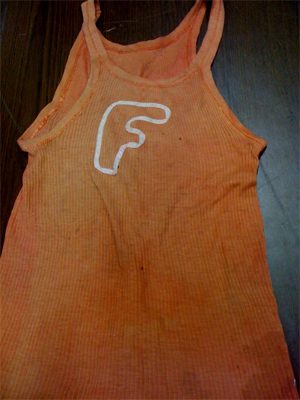 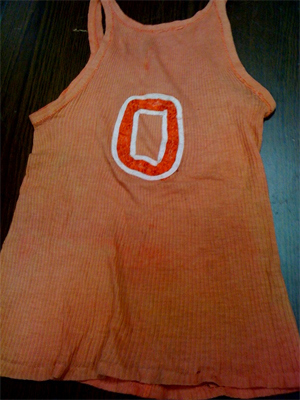 This would be the gym shirt James Dean wore at West Ward Elementary in Fairmount, Indiana in 1942. A little more than ten years later, Dean was the star of East of Eden, Rebel Without a Cause and Giant. He died in a car crash at the young age of 24, but remains an American icon to this day.

My generation is as far removed as you can get from Dean’s years in the spotlight, but the name still sets off lots of images and emotions. Quite remarkable, when you think about the fifty-plus years that have passed. So getting to see the shirt he wore as a kid in gym class? Just another perk of the job I suppose, but one I don’t take for granted.